When A Woman Is Kissed Against Her Will, And We Call It…Entertainment!

In a live screening of a TV show TMPM in France, a woman was kissed against her will, on her breast after she explicitly denied consent to be kissed on screen. Why is violation of a woman's autonomy seen as entertainment? 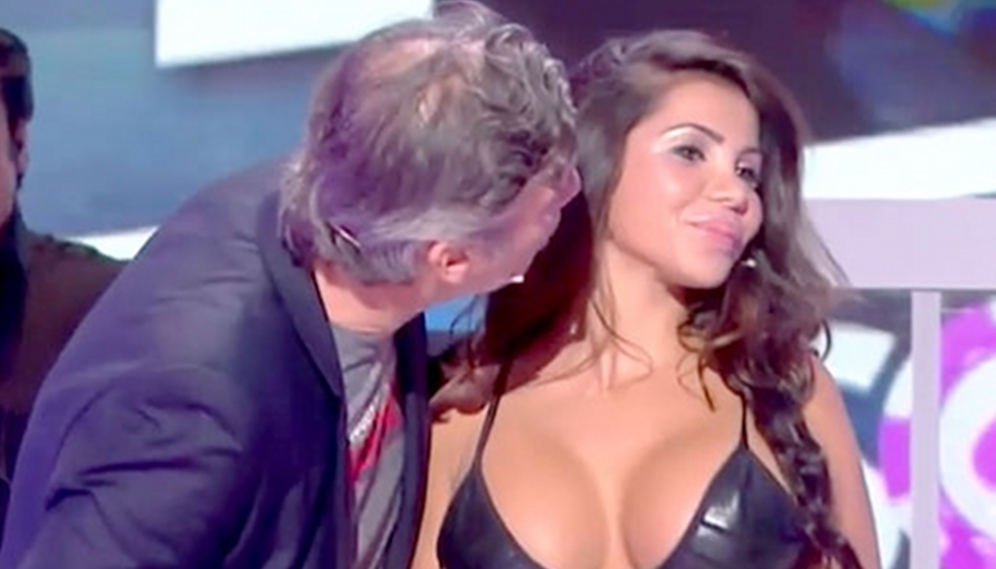 In a live screening of a TV show TMPM in France, a woman was kissed against her will, on her breast after she explicitly denied consent to be kissed on screen. Why is violation of a woman’s autonomy seen as entertainment?

The woman, Sofia Riffy, was re-enacting the gun point robbery of Kim Kardashian in Paris. One of the panel members, Jean-Michel Maire ‘saved’ her in this enactment. The host of the show Cyril Hanouna then suggested that she kiss him to ‘thank him’.

She clearly refused. Yet the presenter kept harassing her to do so and asked her her reasons for refusing (as though she needed to give one!) When she said she was conscious of the people looking, he offered to hide both of them and goaded the panelist on. Jean did lean in but Sofia turned her face away. This did not stop Jean who then proceeded to kiss her on her breast.

The French community has spoken out against this issue, thankfully. The French media regulator CSA has received over 250 complaints about this incident. One of the complainants is the Minister for Women’s Rights. She even took to Twitter to show her support. I applaud French society for coming forward and being active.

This incident is simply outrageous. It makes a mockery of consent and that too on live television. Humiliating a woman and violating her rights is simply wrong and not entertainment. Curiously though, Soraya Riffy later uploaded a picture on her Facebook profile asking people to not be hasty in condemning the man – to forgive him and his ‘manly impulses’. One has to wonder if women in showbiz feel compelled to minimise such incidents, in order to avoid being seen as ‘troublemakers’.

I wish she would have fought back with equal vigour. This would have encouraged others to speak up as well. We need to stop accepting such violations as something which is routine. Such behaviour does not deserve a free pass and hopefully, both the presenter and the panelist will be penalized in proportion to their crime.