Child Free Zones on aircraft are not only unfair to parents who shell out extra for kids - they are also practically useless and unfriendly to women. Here's why. 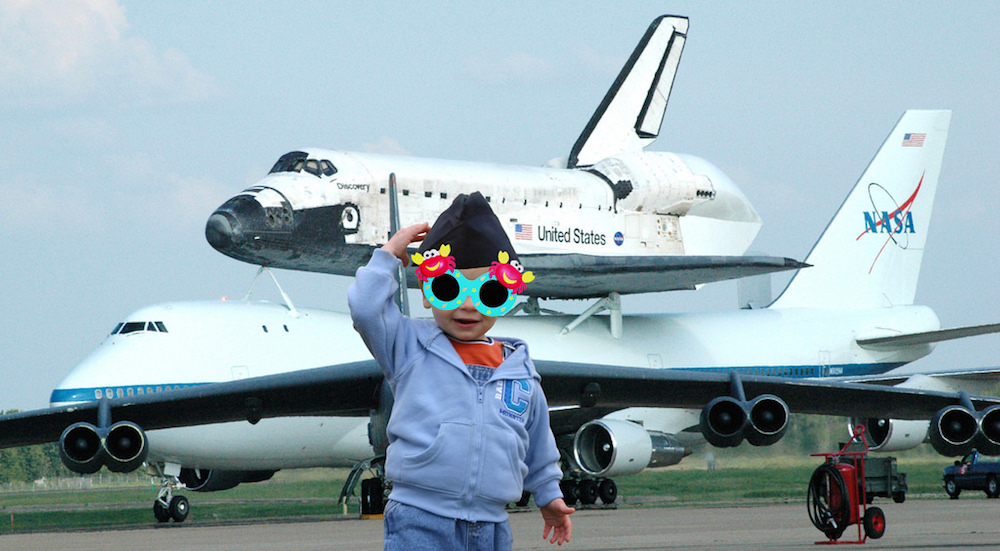 Child Free Zones on aircraft are not only unfair to parents who shell out extra for kids – they are also practically useless and unfriendly to women. Here’s why.

While many countries are adopting child friendly policies, a very popular airline in one of the most populated countries with a lot of children among its occupants (i.e India) is planning to introducing child free zones on aircrafts. So just by virtue of being and having a kid, my ticket paying child (full fare since age 2) and I will be relegated to the back of the aircraft or some such place.

My kid is the most well behaved little human being when he is on the road but not quite so when at home; hence maybe I should have a child free zone at home! (Well, even the bathroom is not spared here).

I have traveled a fair share and my kid has traveled quite a bit since he was 3 months old. We have been on long haul flights, smaller aircrafts and most modes of transport except on a truck. In all these years of travel, I have maybe had one or two isolated instances when a kid (not mine) was crying or ‘being a nuisance’ and they did calm down after a bit.

In these stray cases the kids are genuinely unwell or possibly bored; maybe that is what the airlines should focus on instead of discriminating on precious leg space and making travelling parents feel like the scum of travellers. I agree there are kids who can be unruly but I can vouch for this that the parents of such kids would rarely venture on travel and if they do, they are doing so under duress (so show some tolerance people!)

Among the countries where I have traveled to, child free zones seem to be quite popular in the US whereas Asian countries especially China and Singapore are possibly more child friendly. Between these two approaches I would definitely vote for child friendly, where bathrooms have baby seats that moms can place kid in when they are taking a leak, play areas near the boarding gates for the young travellers and car shaped luggage trolleys – as the biggest loads (albeit cute loads) moms carry is usually their babies. 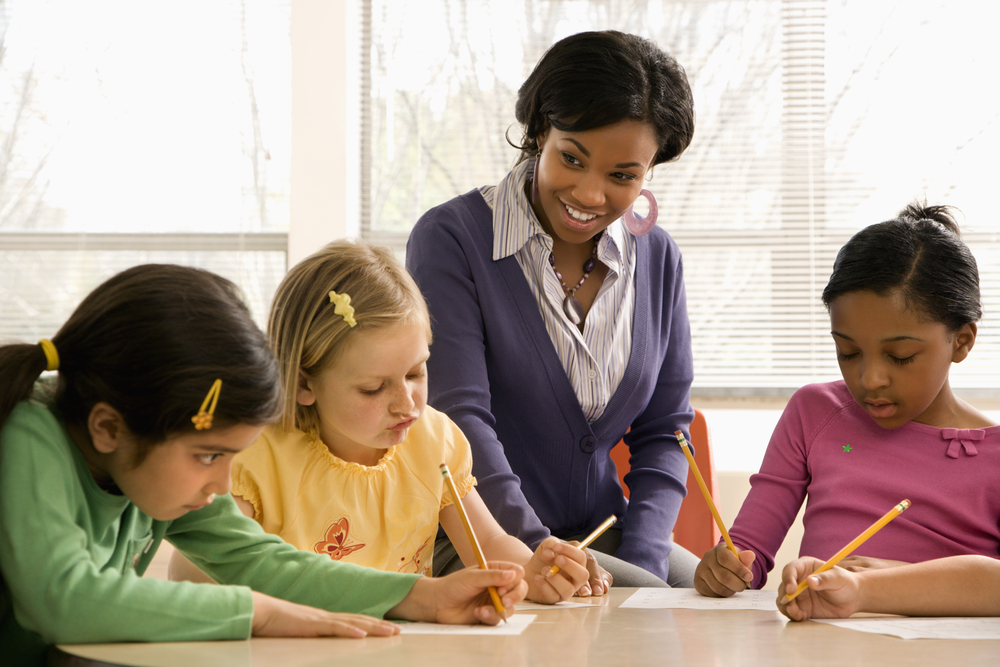 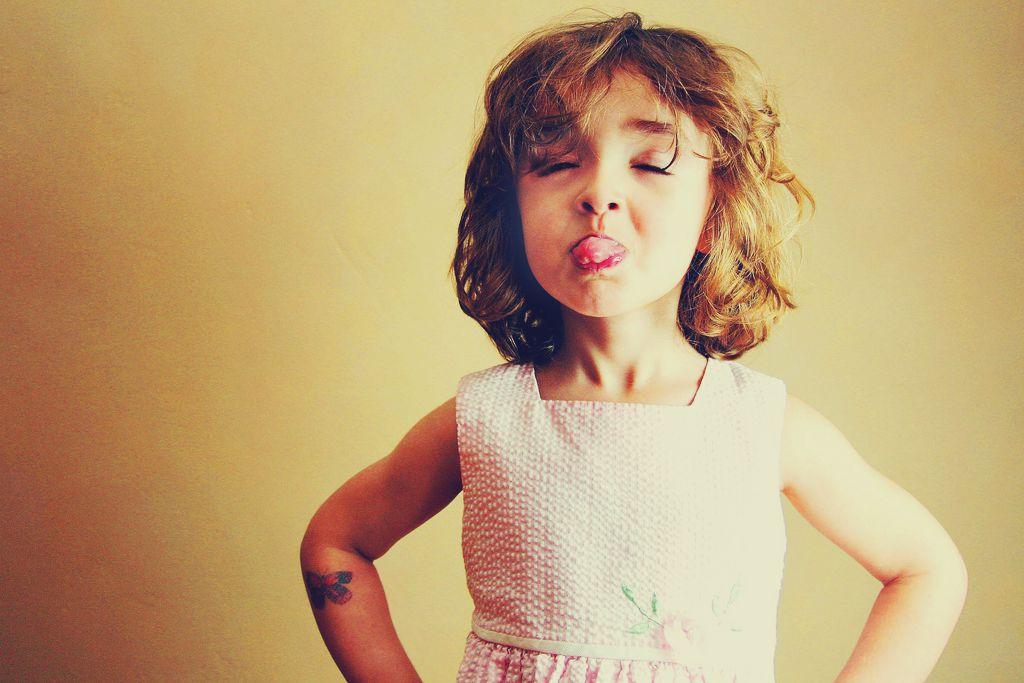 These policies are not only child friendly but also women friendly, because guess who is usually the primary care giver and solo traveller with two kids in tow? (Yes, there are many such brave souls). While we are on this topic of being child friendly, another distinct improvement which China and Singapore boast of are diaper changing beds in men’s bathrooms at airports and malls – because men love their babies too. In my opinion, these policies are more inclusive than such discriminatory practices and empty money making strategies.

I call these empty money making strategies because even if  you buy your seat in the child free zones and feel quite smug and tweet something like,”I hate kids, child free all the way!” – if a two year old wants to be heard, you will hear him for sure unless the airline offers child free zones and sound proofing!

The only benefit of a child free zones could be that you would not see a child around you – but hear her you will. It is true that kids kick seats and that can be quite irritating but I have lost count of the number of grown-ups who have reclined their seats fully in the cramped space and fallen on my lap as I try to stuff a croisant in my mouth without any falling on the forehead of the person in front of me. Travelling is about tolerance and doing the best you can with the given space – or have we forgotten that?

On my first long haul flight with my then 5 month old, we pooled all our points and money and got one ticket in business class and paid the mandatory percentage for the baby’s ticket which almost equaled a full ticket in economy. When I took my seat with my baby an Indian ‘gentleman’ next to me was visibly shaken and informed his friend over the phone that business class is filled with kids, he was probably expecting child free zones!

He then proceeded to try and get his seat changed by whispering to the air hostess that there is a baby over here. She in turn could not help him as most aisles had kids, because guess which category of people pays premiums so that they can offer the best they can afford to their kids? He sat down, gave my sleeping child and me dirty looks and put his headphones on. Soon he went to sleep and snored like the heavens had opened up. I was genuinely worried that my child would wake up but like I said, my kid is a born traveller (high five)!

All through the flight, the staff was very helpful to us and made sure we were comfortable and had everything we needed. When my baby woke up, we went to the lounge area to stretch my legs. There, another mom was feeding her toddler and we bonded, while the air hostess took our pics and gave it to us as a sweet memento.

Soon the aforementioned gentleman came to the lounge and looked at the kids there with disgust as we were definitely interrupting his mojo while he tried flirting with the staff. So here is my question: Dear airline, who is more disruptive – my baby and I who have paid for one and an additional 10% (in above two year olds’ case, a whole ticket) or this ‘gentleman’ who has paid for one ticket? With more people traveling there are bound to be more families who travel by air. How will you cope with that?

Would you be able to ensure that your quiet zone is not interrupted by loud snoring, talking on phones before take off and other such behaviour? I definitely cannot wrap my head around this development of child free zones and I don’t think they will work in any case!

Oh wait, did you mean child-travels-for-free zone? In that case, I am all for it! Cheers to you major-low-cost-airline who has been good to us so far – please don’t spoil your name.

Looking at parents, children and the changing world of today, it seems parenting isn’t going to be a piece of cake at all. Parenting right is a whole new ball game!

Looking at parents, children and the changing world of today, it seems parenting isn’t going to be a piece of cake at all. Parenting right is a whole new ball game!

It won’t simply entail giving birth, feeding and caring, or raising and teaching, or keeping them away from harm. It won’t be enough to follow our parents’ footsteps because their update on parenting is dated now. Their choices had transcended that of their parents I am sure, but we have stepped into a completely new generation.

I write this conversation as it happened, just translating it into English. This conversation took place in our office washroom (which has a lot of uses apart from being a washroom) between