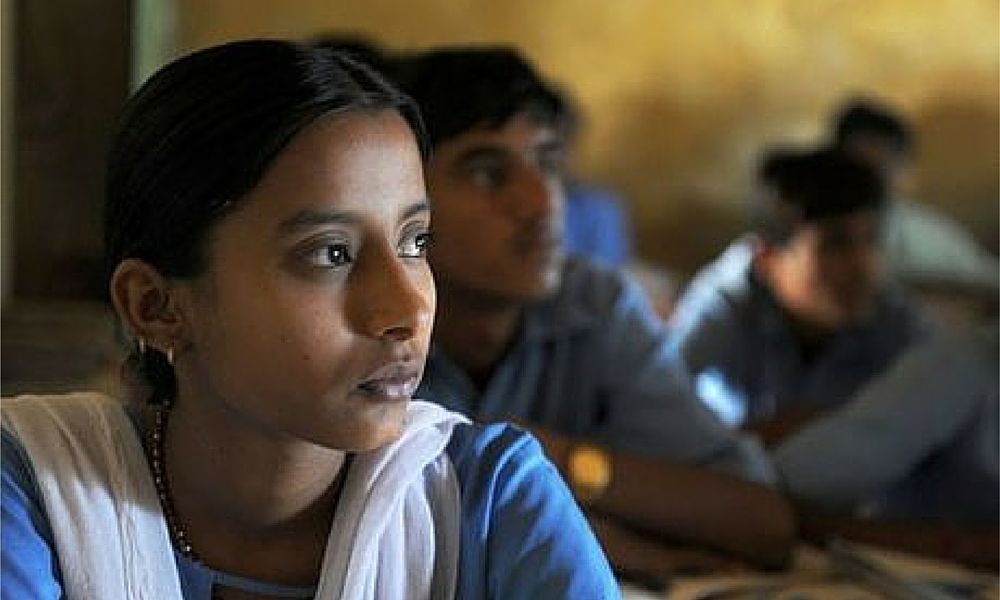 As An HIV Positive 15 Year Old, She Was Deprived Of The Most Basic Of Human Necessities – Love

Shraddha is HIV positive, a 15 year old AIDS orphan. Does this mean that society can deny her the basic human need of love?

I am a development professional, and hence I get the chance of witnessing innumerable stories, hearing them from the most unheard of voices, and in corners of the remotest places. This article is about a story which was shared with me by a 15 year old girl. Let’s call her Shraddha.

It was a visit to an HIV-AIDS affected children’s home in a district in Andhra Pradesh. It was there that I met Shraddha. We were mutually curious, and our talk moved from subjects like favourite film stars to deeper stuff. Her eyes swung from enthusiasm to sadness as she spoke about her life. She was brought to the center at the age of 3. She lost her parents to HIV, and unfortunately inherited the disease too.

The initial part of her stay here was just one long wait. A long wait for festivals to come so that she could visit her home, meet her cousins. However, with every visit the warmth of the extended family decreased.

Something changed within her after those visits. She lost the urge to go home. That is the most terrible feeling in the world, Shraddha says. She used to stare at the gate for hours thinking of the vast world that lay out there. She came to terms with the fact that the concept of a home was taken away from her when her parents passed away. Instead, she found a family around her, amongst the kids staying at the center, who shared a similar past as well as future.

In her tenth class, she encountered love. One of the guys in her class came forward and expressed his feelings of affection towards her. She said he was best looking guy she had ever seen, shyly smiling and blushing. Initially she felt he was joking and making fun of her. But gradually she realized he meant it and that made her heart dance with joy. That night she could not sleep.

Suddenly one day, Sister Rosy, the caretaker of the home summoned her. She entered sister‘s chamber with trembling legs and a pounding heart. She was the most obedient, responsible girl in the dormitory, she could not understand what prompted sister to call her so late in the night.

She thought of multiple reasons. Sister began with pleasantries and gradually moved from general to specific. The trick, the adults play she thought. Gradually Sister inquired about the new guy friend at school.

Our girl was shocked that the Sister knew everything. The first thing that came to her mind was: will sister stop her going to school? A tremendous amount of fear gripped her. But it was worse.

Sister explained Shraddha’s situation to her. Suddenly the incompleteness of her life became more visible. It was like someone had put a magnifying lens to the one limitation which she had in her life which overshadowed her entire existence. Her being HIV positive.

The simplest and the most precious thing – love became something unattainable to her. Sister told her that the boy was normal. Sister in the end proclaimed that Shraddha will be ruining the life of the guy if she continues this affair. She advised her to stop seeing the guy. Shraddha sobbed the entire night like a baby. She felt most terrible and helpless, since there was love this time on the other side too.

For days the word ‘normal’ echoed in her brain, not leaving her at night too. Everybody deserves a normal life and so did the guy she loved, she thought.

As she finished her story, her eyes were moist reliving the pain again. She gathered herself and said, “Now I am on my quest to get back to a ‘normal’ life, as much normal I am allowed to, and my I find my love for things in my studies.”

She aspires to be a nurse to lessen other people’s sufferings. But is reluctant whether that will be again a challenge for the new normal life she aspires to.

On my journey back from the center, I thought endlessly about Shraddha. The encounters with truth, reality and hope she had at a very young age. Sometimes the largest amount of courage lies in accepting the life you are born with. And sometimes the biggest struggle in life is the quest for the normal. 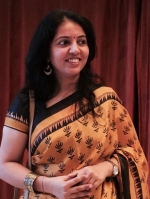 Meandering through disciplines,I have finally landed as a Development Professional ,a chronic patient of "