Loved the Da Da Ding video? The new 'Da Da Ding: The other women' video is equally empowering and focuses on the really hardworking women of rural India.

Loved the Da Da Ding video? The new ‘Da Da Ding: The other women’ video is equally empowering and focuses on the really hardworking women of rural India.

The recent ‘Da Da Ding’ video featuring Indian sportswomen with Deepika Padukone had taken the Internet by storm. But now the revised version-‘Da Da Ding: The other women’ video has been released by Youtube channel Epic spiritual, which features the resilient Indian women of rural India.

Women are the pillars of the rural economy due to their total involvement with agriculture, forest protection, cattle care and dairying. This is apart from the household work, which is a part of their daily routine.

The video showcases how these women do back breaking manual labour such as construction or ploughing fields in the scorching sun, barefoot.

At times they travel miles to carry water back to their homes or to reach schools and colleges. Their daily life is a struggle as they live without basic necessities and sanitation. Yet, they smile, laugh and enjoy their lives as well. In reality they do not receive as much credit and appreciation as they should for the amount of labour they put into their work.

These hard working women are the invisible lifeline of this country. They are involved in almost all sectors at the grass root level and without them the country’s economy will be diversely affected. They may not have shoes, but they have an inherent strength that makes them women of substance. 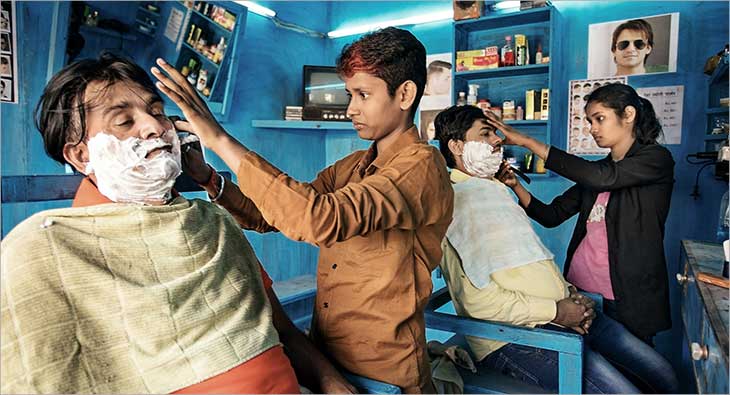 From Being A Propah Lady To Shaving Off Stereotypes – 4 Ad Campaigns That Broke Clichés!

We appreciate both the videos that are dedicated in honour of women irrespective of whichever field of work they belong to. Enjoy the video below, featuring them.

Guest Blogger
Bell Bajao!, the mass media cum grassroots campaign by Breakthrough took the country by a ‘rigga ding dong’ storm with its simplistic, catchy and effective method to interrupt domestic violence in their PSA advertisements, that won the Silver Lion in the Cannes Advertising Awards in 2010. Inspired by these ads, several have rung the bell making excuses like asking for sugar or looking for their lost puppy. Even more (men & women) have been empowered due to the community mobilization work by Breakthrough in some backward communities in the districts of Uttar Pradesh and Karnataka.
The USP of this campaign and Breakthrough’s style and approach is their effective utilization of pop culture tools like street theater, puppet shows, folk art dance forms like Yakshagana and of course, MUSIC! As a matter of fact, Breakthrough earned its earliest recognition in the year 2000 with the release of the music album and video, Mann ke Manjeere, that was created in partnership with Prasoon Joshi, Shantanu Moitra, Shubha Mudgal, Soojit Sircar and Prasoon Pandey. An album about women’s dreams, it drew significant public attention to the issue of domestic abuse in India.
This time around, they have the Indian folk rock band, Swarathma, who travelled with the Breakthrough video van in rural Karnataka. Check out the hues, colors and excitement of the ‘band with the van’ in this music video and song by Swarathma titled, ‘Pyaar Ke Rang’.
You can currently catch the video van on the streets of New Delhi from 21st of February to 8th March, 2011. For details, log on to www.bellbajao.org
(Guest post contributed by Bell Bajao)
Read Full Article
Feminist

We forget often the thousands of women in villages still suffering due to patriarchy and lack of education. Here's why their voices are important.

We forget often the thousands of women in villages still suffering due to patriarchy and lack of education. Here’s why their voices are important.

The modern Indian woman is the catalyst for the transition of the Indian society. She rose from the cloister of a male dominated society by dismantling the shackles of archaic gender roles.