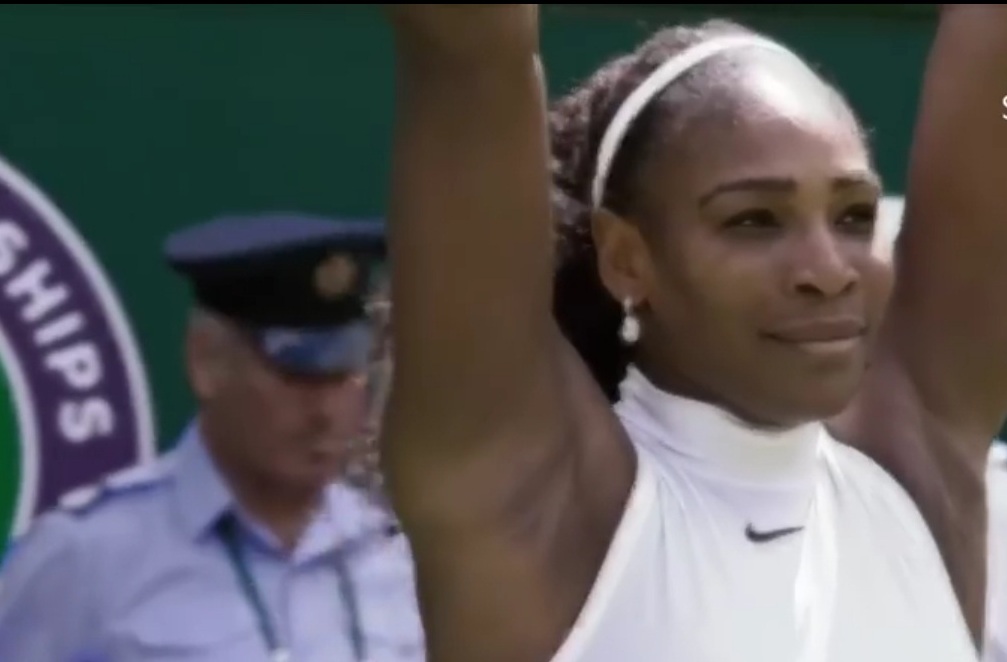 This video of Serena Williams reading Maya Angelou’s inspiring poem, ‘Still I Rise’ is bound to leave you feeling all stirred and shaken – in a good way!

Watch two legends from the literary world and the tennis world make a powerful, soul-stirring and political statement via one of the most beautiful and effective medium there ever was – Poetry.

Two women who may come from diverse professional fields but share a common story of racial disparity and gender prejudices and rising above it all to stand today where they rightfully are – proud, accomplished and victorious like the glorious morning sun. Still I rise!

Here’s shedding some light on the background and underlying message of this poem, ‘Still I Rise’. A poem which has gone on to become a cult of sorts on racial discrimination, dreams, endurance, hope and victory! Maya Angelou speaks up for the minority.

In her case, as a black woman in America, speaking up and fighting against the many shadows of darkness that haunted her past and continued to haunt her till her death last year.

As a black, South American woman who grew up in a segregated community, she learnt early on in life to fight her own battles and not let the prejudices of the society cow her down or break down her spirit. The beauty of a woman lies not in her submissiveness as expected from the society but in her confidence, courage and phenomenal spirit. The nights of severe adversities and obstacles may be many but…. Still I rise!

Lending power to this already packed poem ‘Still I rise’ is the reigning Wimbledon women’s single champion Serena Williams. The timing and the protagonist couldn’t be any more appropriate.

Rising up… against racism and violence

It’s not just the timing of her victory or her African American lineage that makes her the perfect protagonist of the poem. But also, the timing in relation to the growing police brutality and racial issues, lurking America as evidenced by the recent Dallas shootings.

Serena has been quite vociferous in her latest interviews and raised grave concerns over the growing violence against the African American community in her country.

Without a doubt, the poem is beautiful just as it is. It has the right blend of all the elements of love, pain, optimism, intellect, wisdom, hope, grace, gut, wit and humor, But it takes on a whole different level of perfection and packs on a far, greater punch when you hear the verses flowing out of Serena William’s soul – her voice, the intensity in her eyes, her raw grit and tenacity simply shine through this delightfully inspiring video.

‘You’ refers to the society at large. ‘I’ refers to the minority individual, here the black woman! She compares a woman’s body and soul to diamonds and urges women, to truly understand their self-worth, realize their inner potential and make their own destiny despite societal  limitations.

“You may right me down in history.
With your bitter twisted lies

You may tread me in the very dust
But still, like dust, I’ll rise

Does my sassiness upset you?
Why are you beset with gloom?

‘Cause I walk like I’ve got oil wells
Pumping in my living room.

You may kill me with your hatefulness,
But still, like air, I’ll rise.

Remembering The Phenomenal Woman Maya Angelou On Her Death Anniversary