So, Sania Mirza, the no 1 tennis player who has very firmly put India on the world sports map, has yet again faced the inevitable consequence of being a woman. 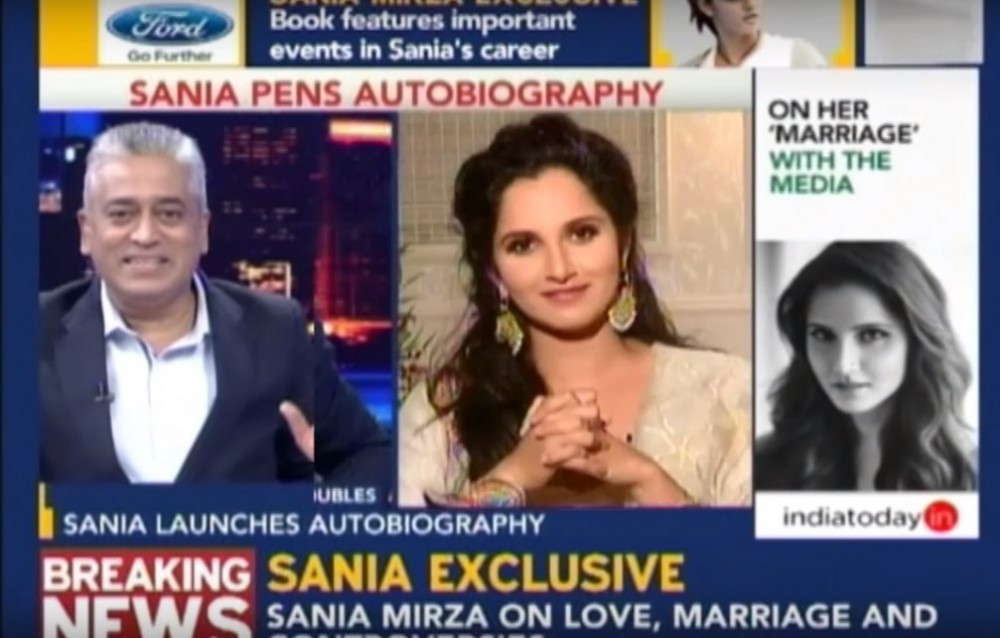 So, Sania Mirza, the no 1 tennis player who has very firmly put India on the world sports map, has yet again faced the inevitable consequence of being a woman.

The only achievements women seem to be celebrated for is marriage and motherhood. Anything else is not even considered worthwhile!

First, the hullabaloo over her wearing the usual shorts while playing the game. Then, the media circus over her marriage to Pakistani cricketer Shoaib Malik – called Pakistan ki bahu, which again created a lot of controversy.

And now, when she has published her autobiography, in which, I’m sure, the highlights are about her career as a top seeded tennis player, even if she does say she has shed light on the many controversies that have dogged her, the one question our media thinks of asking her is – so now that you have achieved this (gotten it out of the way, it is implied), when will you settle down? Motherhood and all that is supposed to be sacred for a woman… what he means is, of course, now that the peripherals of her life as a woman are taken care of, when will she begin her ‘real life’?

Check out this exchange

Rajdeep Sardesai (with a very paternalistic air – watch it on the video below): “Amidst all the celebrityhood, when is Sania going to settle down? Is it going to be in Dubai? Is it going to be in any other country? What about motherhood… building a family… I don’t see all that in the book, it seems like you don’t want to retire just yet to settle down… You don’t talk about retirement, about raising a family, about motherhood, what’s life beyond tennis is going to be…”

This is the comeback Sania sent to him – “You don’t think I’m settled? … You sound disappointed that I’m not choosing motherhood over being number one in the world at this point of time. But I’ll answer your question anyway, that’s the question I face all the time as a woman, that all women have to face – the first is marriage and then it’s motherhood. Unfortunately that’s when we’re settled, and no matter how many Wimbledons we win or number ones in the world we become, we don’t become settled. But eventually it will happen, not right now. And when it does happen I’ll be the first one to tell everybody when I plan to do that.”

Which shot on national television had Rajdeep Sardesai apologizing to her until the end of the conversation. And wonder of wonders – he volunteers, “I would never ask that question to a male athlete – when are you settling down?!”

Attagirl, Sania Mirza. That was quite an ace!