This Satirical Book On Donald Trump Will Get You (And Your Child) Laughing! 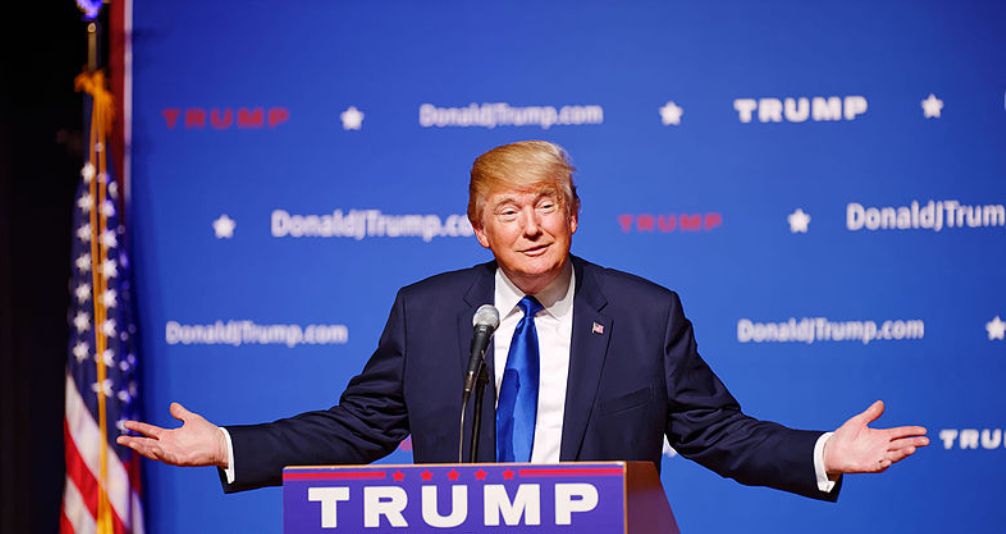 Donald Trump doesn’t fail to deliver on his daily yield of sexist remarks. This phenomenon is funnily depicted in a new satirical book on Donald Trump.

Michael Ian Black’s satirical book on Donald Trump that is called A Child’s First book of Trump is creating quite a stir and bringing back the questions and rage surrounding Donald Trump and his reckless use of freedom to speech.

It is a comic book which explains the ‘Donald Trump phenomenon’ and offers a humorous take on it. Satire is used as a weapon to drive the point home.

Apart from his characteristic hairstyle, Donald Trump is also very well known for the daily volume of sarcastic and sexist remarks flowing out of his mouth. Every time, he surprises me with the depth of knowledge he gains in objectifying women.

The responsibility of being a presidential candidate doesn’t weigh him down in calling women, ‘bimbos’, ‘ugly’, ‘piece of ass’ or ‘fat slob’. He makes it a point to tell people, mostly women, that he doesn’t like the way they look.

No need to think. Just speak!

Yes, I am surprised too. When the teacher said, “Think before you speak”, Trump understood, “There’s no need to think. Just speak.” It is not okay even to possess such ideas but Trump takes no shame in shouting these remarks on a public platform. Being politically correct is one thing, being progressive and bold is another but shouldn’t we at least check if we are hurting somebody’s sentiments?

These crude, offensive, and sexist comments are not at least winning any hearts. It makes more sense to refine your thoughts instead of spitting everything out, doesn’t it? The spoken words have a huge impact on a listener. In his case, the listeners are deeply offended and enraged.

Black’s satirical book on Donald Trump is a witty and humorous channelization of this rage. It depicts Mr. Trump in the form of an orange colored potato with distinctly similar hair. He talks of a creature that he calls ‘Americus Trumpus’ that lives on flat TV screens and runs at every camera he sees. Trump is shown as a greedy businessman who loves being on all kinds of media and says everything that can keep him there. This phenomenon is called the Donald Trump phenomenon.

This book is a direct result of the ‘speak as you like’ attitude that is not going unnoticed. People are listening to every word and taking it seriously. There is no place for indecent ideas on the public domain. We can only hope Donald Trump will learn from this and take his own words as seriously as his listeners.