Well known in the world of Indian women's cricket, Harmanpreet Kaur makes us proud yet again. 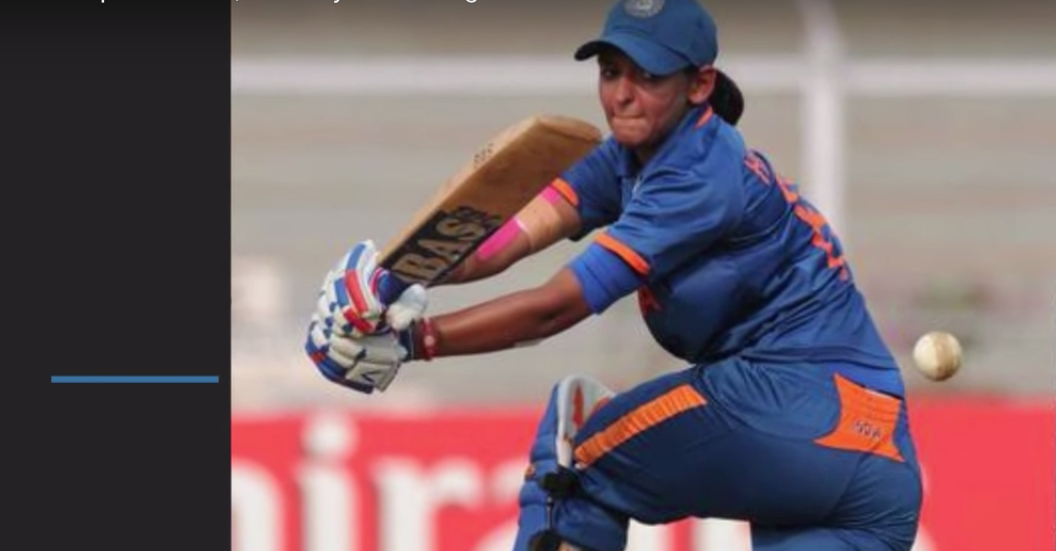 Well known in the world of Indian women’s cricket, Harmanpreet Kaur makes us proud yet again.

The Indian women cricket team’s Vice president, Harmanpreet Kaur is all set to become the first Indian woman cricketer to play in the women’s big bash league in Australia. She’s been signed up by defending champions Sydney Thunder franchise, for the second edition of the Australian T20 league. It is to be held in December ~ January.

“I think we saw in the Indian team some very dynamic players, including Veda Krishnamurthy and Harmanpreet Kaur, I think these two stood out,” says Alex Blackwell – the Thunder captain, in the article quoted.

Harmanpreet Kaur nurtured the dream of becoming an Indian cricketer at a very young age. She discloses that apart from representing India, she didn’t want to take up any other role or neither did she think about it.

Unlike so many other women who have to struggle to convince their families, while taking up offbeat roles, Harmanpreet Kaur didn’t find it difficult to convince her family. The reason being, they were already huge cricket fans. They were obsessed with the game. This made it much easier for her to nurture her cricket dream.

She was first spotted playing cricket at a local maidaan with boys. And that’s when the idea to create a Women’s cricket team was conceived. After she was discovered, her career accelerated and then there was no turning back.

She stood out during the world T20 campaign for India, where she scored 89 runs and took seven wickets in four outings. It was one of her historic performances.

Watch this short video dedicated to the ‘All rounder of the Indian women’s cricket team’ and get inspired.