A jealous husband is not cute, no matter what advertisements might say! Marriages should be based on trust, and an equal position for both. 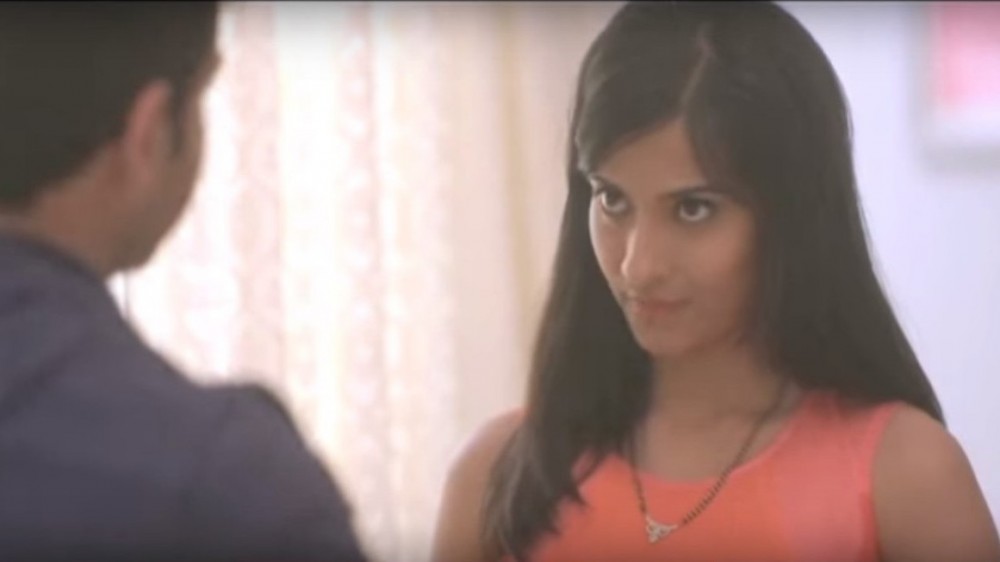 A jealous husband is not cute, no matter what advertisements might say! Marriages should be based on trust, and an equal position for both.

A few days back I watched this advertisement and it bothered me. Along with commendable advertisements about Sharing The Load  and how Bold is Beautiful , I feel disappointed to see such ads existing side by side and still considered popular.

At the very onset, let me clarify that the aim of the advertisement might have been light humor but at this juncture in our society I feel emotions like jealousy, possessiveness, domination, etc. shouldn’t be given a tag of being ‘cute’ and just tolerated. Please let’s call a spade a spade. Negative emotions are what they are. Yes, your husband/wife might tease you in jest, but no, that cannot go to the extent of actual jealousy. That’s unhealthy. Every woman or man should put their foot down at such negativity or insecurity.

This ad goes on to suggest that the husband feels that the pretty wife’s mangalsutra should show so that people understand she’s already ‘taken’. “You see, I the mighty husband here has marked my territory.”

Pray, why? And why should I being the modern age, independent woman, standing on an equal footing with my husband just say “Aww so cute that he’s marking me!” Maybe next time I’d go on to say that “Aww so cute, he’s beating me up because he feels insecure about my male friends. How cute, na?”

No, it’s not cute. It’s offensive, it’s harmful and it should stop. Are we not seeing enough disasters how tolerating such behaviour is wreaking havoc in relationships? Recently, a television personality allegedly committed suicide after not being able to take an abusive relationship anymore. A month ago, I read the news of a supermodel being physically and mentally abused by her husband. If we keep recounting such issues then I would possibly run out of space for the rest of the article.

Take a look at the ad before we go any further.

Some people might ask, this was just an ad, why am I so concerned? Because media builds our awareness about issues. We sometimes take things for granted just because we’ve seen someone on TV do it. Also, at this point the jealousy might look cute, but imagine what if such behaviour is given indulgence and it keeps growing in proportion?

I had a colleague once whose husband wouldn’t ‘allow’ her to stay in office post 5, irrespective of the workload. He would then call the office landline to check from the security guard whether she has actually left. She was not allowed to come downstairs with us during breaks. She could only wear full sleeved salwar kameez with a huge dupatta. She was not allowed to be in a conference room with male colleagues where there were no other women present – and the list goes on. Cute, right? And yes, theirs was a love marriage and I’m guessing it was these kind of tiny jealous behaviours as shown in the ad, which were allowed to grow to this monstrous proportion.

Finally, I do have lemon water and honey in the morning, and that’s because I feel refreshed and it’s considered healthy, as well. Not to make my husband jealous! A healthy marriage should be based on understanding, love, respect, and friendship. It should be based on shared ideals, life views, and philosophies. A marriage is being comfortable in your skin. Please let’s not portray marriage as a power game where one party (either the husband or the wife) uses passive aggressive means to keep the other person under control.