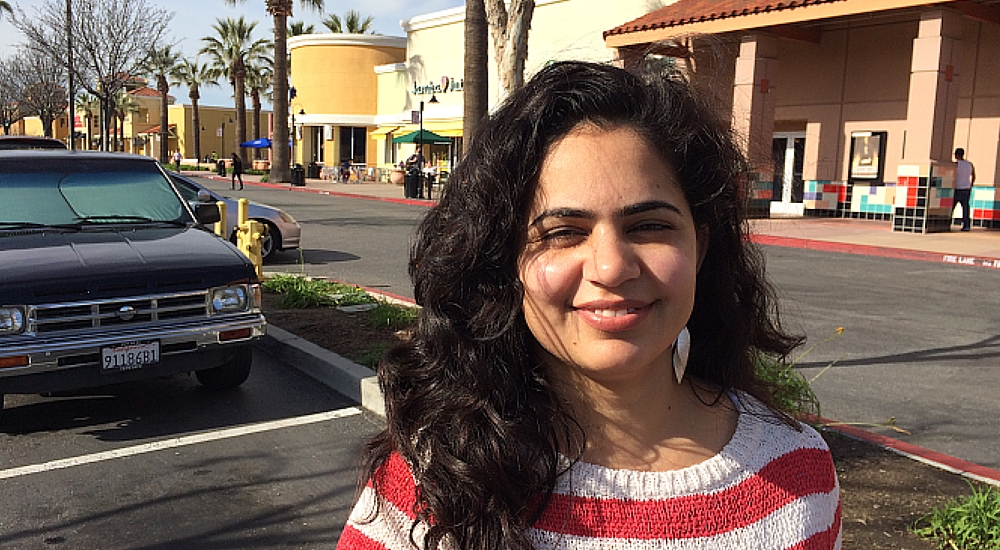 How Anuradha Bajpai Founded A Startup That Lets You Exchange Books

Anuradha Bajpai wanted a place to connect with like-minded readers, so she co-founded Woodpie, a successful platform for book exchange.

As I sit here, staring at my laptop at the Nashville Entrepreneur Center, I wonder where to start telling my story from. Did it begin when I decided to study engineering, or when I came to Bangalore to work as a software engineer?

While I look at the snowfall outside the window, and notice how warm it is inside, I laugh. Perhaps it is an AC that has played a role in my choices. That’s where I will begin to tell you about my journey.

A journey from Tikamgarh

I come from a small town called Tikamgarh in Madhya Pradesh, and studied in a Hindi medium school. Girls studying engineering was a rare thing. My parents encouraged me to study. My mother used to say, “Boys also have two hands, two legs and a brain. Girls too have them. Then, what stops girls from achieving the same feat as boys?”

After my 12th I went to attend the Pre-Engineering Test counseling in Bhopal. I had no idea of how to choose a stream or college. My teachers in town had suggested mechanical engineering, and a cousin had voted for Computer Science. I was confused.

After waiting in the sweltering heat, when I stepped into the air conditioned room, I was awed. I had experienced AC for the first time. I made up my mind. I had to work in an AC office. I took up Computer Science, and studied at Oriental Institute of Science and Technology in Bhopal.

Bitten by the entrepreneurial bug

After my studies I worked in a government office researching on earthquakes. I then had to come to Bangalore for an interview. My parents weren’t ready to send me so far. They were concerned about letting me live all by myself in a strange city. I had to convince them and come here. I got through Tavant Technologies and moved to Bangalore. The work culture and facilities provided in an IT office mesmerized me.

The founder of Tavant, Sarvesh Mahesh is a down to earth man and would mingle with all employees. I looked up to him, and made him my idol. “I have to become like him. I have to build a company like his. I will one day run my own company,” I thought. This is how the thought of entrepreneurship took root in me. I later joined Infosys.

The idea that took root

One weekend in 2007 when all of my friends were partying, we wanted to order food. We thought that there should be a way where we can order food by seeing food pictures and without having to call. While my friends slept that night, I worked on this idea and designed a webpage. When they woke up in the morning, they were surprised.

All of us toyed with the idea of starting a website through which one could order food. Perhaps we were too comfortable with our jobs and didn’t want change. We didn’t work on the idea seriously. By then Hungry Bangalore was doing well, and Zomato launched later.

One day while I and my husband Manoj Jindal visited a bookstore, we spotted a book, ‘Why Men Don’t Listen And Women Can’t Read Maps.’ We liked the title, but weren’t sure if we should buy it. We had already read ‘Men Are From Mars And Women Are From Venus,’ which seemed similar. So we left it. The next day we saw the same book at a friend’s place. Our friends recommended it highly. We borrowed the book and we liked it. After so many years, we still refer to lines from the book. That’s when the idea struck us.

We felt a need for having a platform which could connect like-minded readers and help exchange books. There was a need to have something that could help us discover books. There are many good books that are released, but only few are marketed well. We tend to buy only those books that we hear of. Sometimes we may not even like them. But if the books are recommended by a trusted friend who knows our likes, then the probability is higher that we will like them.

There are millions of online reviews, but how do we know if the reviews are genuine and not marketing ploys? A recommendation from a known person weighs much higher than from an unknown person.

By exchanging books, we are not only saving money on buying books, but are also increasing our social circle. You can sit over coffee, discuss books and build a friendship. That’s how we decided to start Woodpie.com

If not now, then when will you start?

With my regular job, I found it difficult to find time and dedication required to start Woodpie.com. So I decided to quit my job at Infosys. My colleagues tried to persuade me and gave practical advice as to why I should stick to my job. One of them said in Hindi, “Yeh start-up ka bukhar char mahine mein utar jayega,” which when loosely translated means, “You will get over this start-up fever in four months.”

I stood firm on my decision. My father was supportive. He said, “If you don’t start now, when will you? You can always find a new job again.” My husband Manoj, who is the co-founder also stood by me and encouraged me. I quit my job and first read many inspirational books. Then I realised that this was not getting me anywhere. I had to stop dreaming and had to get to work.

I gradually realised that working from home all alone wasn’t an easy thing. I made a strict schedule. I used to bathe, dress for office and sit at my desk. I had a neighbour who was very encouraging, and got lunch for me. She said, “Don’t worry about cooking. You only concentrate on building your company.”

After a couple of months it started getting increasingly difficult. My savings were depleting, and there was no money coming in. I missed the economic freedom I had. I missed having colleagues around. I felt lonely. There was no one around to share my excitement when I achieved a milestone.

Being technical people we needed someone who could help us understand the requirements of readers. So we roped in Savie Karnel, a journalist, as a domain expert. She was in close proximity with the readers and writers community, and helped us sharpen the idea.

We had outsourced the UI designing to a professional designer. At first we liked the design and were proud of it. We released the private beta version in 2012, and asked our friends’ opinion. But they were all polite. One friend was blunt and rude. “Do you know what a pathetic design you have?” he remarked and went on criticizing the site.

I was taken aback and hurt. Woodpie was my baby. How could anyone talk ill about it? After my anger receded I thought calmly and saw the webpage objectively. We realised that the friend was right. We had to rework. It meant we had to start from scratch. We had no money to hire a new designer. We didn’t know how to design an UI.

I took it upon myself to learn it. I spent hours learning how to design. My friends suggested that I give up Woodpie and take up a job. I believed in the idea and didn’t give up. During that time I had conceived my baby. I moved to US with my husband who had got transferred. Here I had no help like in India. I had to do all the household chores, learn to design and develop the site too. I used to be nauseous, throw up and get back to my desk. 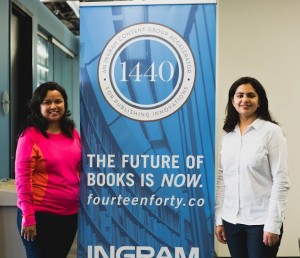 A month after my daughter Khushi was born, I was back to work. My baby used to sleep for two hours at a time. I would steal that time to work on Woodpie. As she grew, her naps became shorter. I used to hold her with one hand and code with the other. Manoj used to look after Khushi after returning from work, giving me time to build the site. I would wake up before she was up in the morning and work again.

On December 19, 2014 we launched Woodpie.com. Readers joined the site and appreciated it. Within three months of launch Woodpie had users from all continents except Antarctica. We now have over 10,000 users from 44 countries, 356 cities in India and 70 cities in USA.

Woodpie has now got picked up by the world’s largest book depository and distribution company, Ingram Content Group, which has seed funded it. So here we are now attending 1440: An Accelerator for Publishing Innovations, at Nashville Entrepreneur Center. Of the seven teams attending the program, Woodpie is the only Indian team, and also the only all women’s team.

Through my journey I have learnt one thing. There is no easy success. Do not wait for inspiration. Do not only dream, but work towards it.

About the author: Anuradha Bajpai is a software engineer turned entrepreneur. She is the co-founder of Woodpie.com. She is a mother of a two-year old daughter.