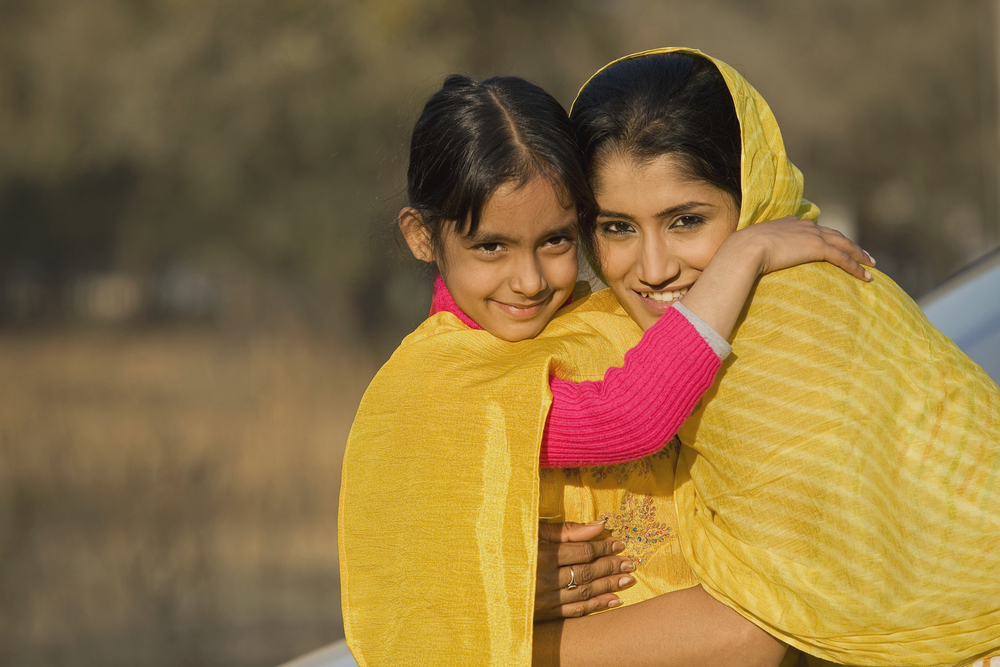 It was already Sunday afternoon and I still hadn’t finished packing. It would not be long before the tenants came to collect the house keys. There was just one room left which had to be cleaned and emptied of its belongings- Ma’s room.

I had consciously avoided that room until now. I wanted it to be the last place where I would spend my final moments in the house — the house that had been the centre of our world for so many years. But with Ma’s death, that world had come shattering down.

My father could not bear to live without my mother in this house. So, he decided to leave the city and move to a quieter place. And so, it was left entirely upon me to look after the house and do what I deemed fit. For a few days, I lived alone; cooked, cleaned and stared emptily at the walls hoping that they would come alive with the images of our happy times. But they adamantly remained blank.

And here I was, standing outside my parents’ room with an empty cardboard carton in one hand and a stoic expression on my tired face. My father had taken almost all of his belonging with him, only my mother’s things remained. I dreaded the thought of going through them one by one and rekindling any emotions that I had with great difficulty managed to suppress.

I quickly opened her almirah and took out all her sarees , which hung like lifeless bodies on  plastic hangers. As I shoved them in the carton, I noticed that she only had cotton sarees, something that I had never noticed.

Ma was not the kinds to splurge on her herself. I rarely saw her buying anything for herself unless it was extremely necessary.  It could have been because of her lower middle class upbringing and my father’s meager income. She saved every penny wherever it could be saved. And one particular incident from my childhood still stands out as a testimony to this fact.

Once when we were returning home from a dentist’s appointment, the strap of my sandal came off. I must have been in my pre-teens and was overwhelmingly vain. I could not fathom going home like that for I believed that the world had nothing better to do but to stare at my sandals! I insisted on taking a cycle rickshaw but Ma insisted harder that we walked, as it was utterly unnecessary to hire a rickshaw for a mere 5 kilometers distance!

I cried my eyes out as I felt embarrassed at my state. To my disbelief, Ma took out her own slippers and made me wear them while she walked barefoot all along. I am sure the money we saved that day, must have got me those colored pencils I had been asking for.

And looking at her drab cotton sarees now, I could almost imagine her sitting nervously in a shop and asking the salesman for the least expensive saree in the showroom while eyeing the pretty mannequins draped in the finest silks.

I had emptied almost the entire almirah when I saw something draped in an old newspaper, at the far end. I stretched my hand to retrieve the bundle and carefully peeled off the newspaper.

It was a dress that ma had stitched for me on my thirteenth birthday.

I still remember how I had troubled her to buy me a dress for the special occasion. I had invited all my school friends for a party at home, without even asking her. When I told her what I had done she bitterly scolded me but did not ask me to cancel the party.

I was beyond myself at the idea of hosting a party like the one they showed in the movies. Every day I went through every minute detail of the party in my mind, what I would wear and how I would enter the room which would be lavishly decorated and how I would cut a three tiered cake while my friends enviously clapped standing beside a pile of gifts and flowers. The very thought of such a perfect party had driven me mad with anticipation and excitement that only a teenager can experience. I pestered Ma to buy me a nice dress but she somehow convinced me that she would stitch it for me. I agreed as long as I was getting a dress.

So every afternoon after returning from school I would gaze at the beautiful pink silk cloth with golden mango motifs on its border, spread over the sewing machine. On some days I would find a  piece of sleeve waiting to be attached to the dress while on the other days there would be reams of pink and golden ribbons spilled all over the floor.

Ma would make me wear the dress once it started taking a shape and make mental notes of alterations. The puffed sleeves and the pleats on the dress that I had insisted on would specially irk her. For Ma was not much of a dress maker. All she ever did with that machine was to loosen my school uniform or tighten her blouses and sometimes to work on my father’s frayed pants.

In spite of limited skills at stitching she did make me a dress although the sleeves did not have the required puffiness and the pleats were hard to recognize but my adolescent heart did not bother about such technical details.

And today standing in her room, I softly caressed the pink dress wrapped under layers of newspaper. With all its shortcomings it was as pretty as it was years ago.

But where had Ma got the silk fabric from? I hardly remembered her owning anything so fancy.

I let the question hang loosely in my mind as I neatly folded the dress and wrapped it again in the newspaper before placing it softly in the carton just like Ma would have done.

I closed the now empty almirah, which had been stripped of the last memories of Ma. The new occupants of the house would never know that a woman who died a little every time she killed one of her wishes and thrived on the happiness of her family, had once lived here.

As I turned away from the almirah, my eyes fell on a small photo frame lying on the bedside table. I went closer to look at the picture. It was my parents wedding photo. My parents stood together like two school children who had been commanded by their sport’s teacher to stand in attention. None of them had any hint of a smile on their faces. May be that’s how it was supposed to be back then. May be it was considered impolite or rather vulgar to be happy at one’s own wedding.

As I was about to place the photo in the carton, I was struck by something which I would have otherwise missed. It was the same pink silk saree with golden big mango motifs that ma had stitched the birthday dress from .

So she had torn apart the only silk saree she had ever possessed to fulfill a teenager’s whims, without a trace of anger or remorse. What she had given me on that birthday was not just a dress but a gift of unconditional love.

Suddenly the whole idea of leaving the house to escape her memories looked pointless. It dawned on me that Ma was not just a person but an overwhelming experience that I had lived every day. She was my self-obsessed childhood, the independence of my youth and the confidence that did not let me crumble after she was gone.

I picked up the phone to inform the property agent that I had changed my mind and did not want to lease out the house on rent.

The house had too many memories and Ma lived in all of them.

Because Ma’s Everyday Call Was Not Just A Routine Call