Following A New Rhythm Of Her Own: Meet Pakistani Dancer And Actress, Suhaee Abro 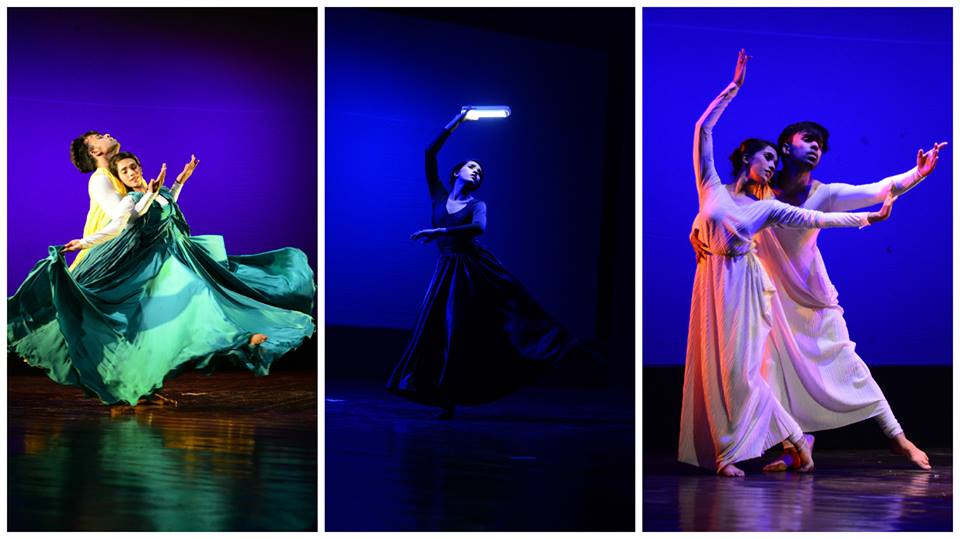 Meet Pakistani classical dancer and actress, Suhaee Abro. She talks about her journey of struggle, strife and victory.

There is a poise and rhythm that this 22-year-old carries. Not something that is common. But something so elegant. She walks and breathes in elegance. Meet Pakistani classical dancer and actress, Suhaee Ali Abro.

Born and brought up in Karachi, Pakistan, her grandmother says, even before she could stand, she would move her body to the music that came from her father’s study. Now, after 22 years she is a renowned classical dancer, versed in Oddishi, Bharatnatyam and Kathak.

In a very candid interview Suhaee says that she was born into a household that had art all over it. Her father, Khuda Bux Abro, is a painter and her mother, Atiya Dawood, a writer. At night, as a child when she would not sleep, her father would make her listen to music from all over the world, from Indian classical to gypsy music. That was how the rhythm of sound started influencing her life. Her mother is a strong feminist writer, whose biography and poetries were recently translated in Hindi and published in India.

At the age of 7, she joined Sheema Kermani’s classical dance classes. Each time she mentions her dance teacher, she expresses a lot of gratitude to her, for introducing her into the myriad world of Indian classical dance that completely took over her heart and soul.

In 2010, she started shooting for for a tele-serial where she played the role of an athlete. However during the shooting when she had to jump from one roof to another, she had a massive fall, as the roof gave up. She recalls, “The roof collapsed and there I was with dust in my mouth and my body. My body was hurting, but my first thought was that I should be able to dance, even if the injury is too much.”

After this accident, she had to go through a tailbone surgery and the doctor advised her against dancing. But before this she committed to dance performance in her school for a cultural event. And she stuck to it, that she will dance inspite of her surgery. And she did it. Though she could not move her legs, she just danced sitting on the stage with just her hands and face movements. Her performance was applauded. Dancing to a new story

She kept dancing and learning. Her trips to India began. In her own words, “I fell in love with India and I learnt so much more from the teachers there.” Till date, she has come to India for 7 times and had wonderful experiences. She has also performed in India, specially she loved performing in the villages of Punjab. She says that in India, everyone comes up to appreciate, which she found absolutely endearing. I asked her about the difference she felt in India and her country. She says that she found India more open to art and also the women have more freedom here, but she adds that things are also changing in her country too. Most other things she found alike. In 2015 September, she was in India to learn from her teacher. It was the time of Durga Puja, she fell sick. But she mentions the kindness and cooperation she found in her teacher and the students who helped her cope.

Though Suhaee was dancing with her teacher in Pakistan and learning it rigorously, it was in 2011, she gave her first solo public performance in Karachi. It was a dance on her mother’s poetry. She performed in T2F, Karachi. The poetry was on the life of women and the shackles that society bounds her. The performance was highly appreciated and she was also invited to perform in other places. As a singer and dancer in the upcoming television play, ‘Mor Mahal.’

After this, her journey towards dance performances and as a television actress continued. She has done four television soaps till date: Shali, Sanjha, Jashn Ka Din and soon to be released-Mor Mahal. All her roles, revolved around strong women, their tussle with the social norms and their fight for identities. In her to-be-released serial Mor Mahal, she plays the role of a singer and dancer in love with a prince.

Her dance performances also revolve mostly around the theme of strong women. She has performed in Pakistan, India and Berlin and dreams of performing and learning from the whole world. Her next performance is scheduled in March with Ajokha Theatres.

She adds that it’s not been easy as there are not too many patrons for classical dance. Finding sponsors can be really difficult. But she is determined to carry forward this art. She even teaches children when she finds the time. She laughs at some comments she receives that often call her a whore because she dances in public. She adds that men who dance are also called eunuchs, because they dance in public. So, both the genders get its slurs.

But she is optimistic when she talks about the new generation of Pakistan who are more open and liberal.

She shares an amazing bond with her parents. She has a sister who works in the publishing industry. She takes long walks with her father, discussing her life and sharing his. She says her bond with her parents keeps her grounded and focused. As we talked in a part of her head, she was preparing for her next performance. She also dreams of teaching more and leaving a legacy of dance in her country.

As we almost ended our conversation, I asked her in her journey what is that one thing, she learnt for sure. Without batting an eyelid, she said, “If you are truly passionate about something, all you need is to follow it, no matter what, it will bear fruits.” Suddenly I thought about her surgery, and I thought to myself that impossible is just another word.

That’s Suhaee Abro, for whom impossible mean nothing.