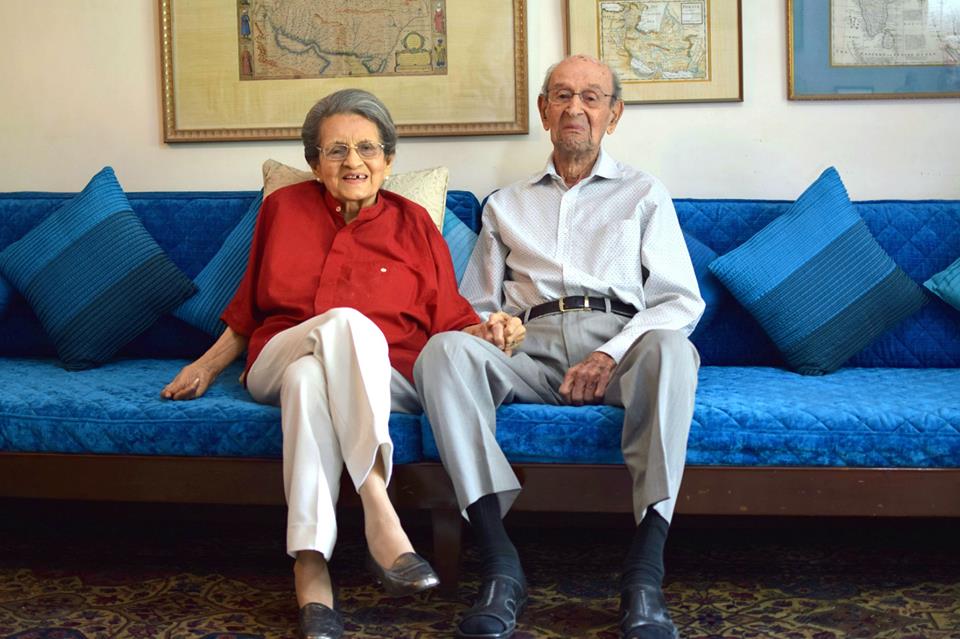 This love story is something to die for. A love story that has seen 9 decades of life. They did not speak for months but held on to each other together.

We live in cynical times. We speak more, we feel less. The word love is thrown around carelessly. We break up over a text message. We change partners over a petty fight. But then, there are people who have lived eternal love stories, even when they had to wait for months to commute. This story was published in Humans of Bombay. Read it. It will make you believe that real love is out there.

“We both grew up in Hyderabad, so I’ve known him since I was 7 or 8 years old maybe. He lived a little far off, but we would play together occasionally and always be present for each other’s birthdays. We didn’t tell each other that there were feelings — but words weren’t necessary. At 19 I went off to Cambridge in England to study English and we didn’t speak for months…but we were both waiting to see each other.

I finished my education and had been home for some time, when one day I was sitting under a shady tree, reading in the afternoon when he drove in. I thought he was there to see me, but he saw me and marched straight into my house. After a few minutes, when he came out, I asked him what he was doing. He replied, ‘I just went in to ask your father if I could marry you and he said the decision was yours…so If I may propose to you, will you please be my wife?’ — of course I said yes! A few months later he went off to fight in the World War II in Burma and those years were the most difficult. We could only communicate through letters– all of which reached me months after he’d written them. I began to volunteer in the Indian Medical Service just to be close to the war.

A few months later he went off to fight in the World War II in Burma and those years were the most difficult. We could only communicate through letters– all of which reached me months after he’d written them. I began to volunteer in the Indian Medical Service just to be close to the war.

“Fighting the War was terrible…we were surviving on biscuits and preserved foods for years on end. War was brutal and ugly. The worst part was leaving my wife behind…I was young and so much in love that each day was like a lifetime. Leave came in bits and pieces so I barely saw her but I wrote her letters expressing my love for her but they couldn’t do justice to how much I missed her.

There was this once incident in the trenches where I thought I would be shredded to pieces – in fact the reason I’m alive is because a bullet hit my riffle and bounced off it. In those moments I could only think of her and how desperately I wanted to survive to meet her.

When the war finally ended and I was going to meet her at the Guwahati station, my hair had fallen out and I had this yellowish skin– I wondered if she would still even love me. But when I saw her, she embraced me and said, ‘you’ve never looked more handsome.’

I came back and decided to leave the army, because I couldn’t fight against my brothers who I’d trained with…who had saved my life on occasions — just because they were part of Pakistan. After 16 years in the army, I left and started a new life in a new India with my wife…and it’s been a beautiful journey. I’m 99, she’s 98 but it still feels like yesterday that we played our first game of catch and cook together — oh how I love her and what a life it’s been!”

Cover image via Humans of Bombay

To The Ex Who Never Really Became An ‘Ex’: Thank You!