In this piece, Paromita Bardoloi reflects the way Shahrukh Khan instilled the right lessons for so many young girls. 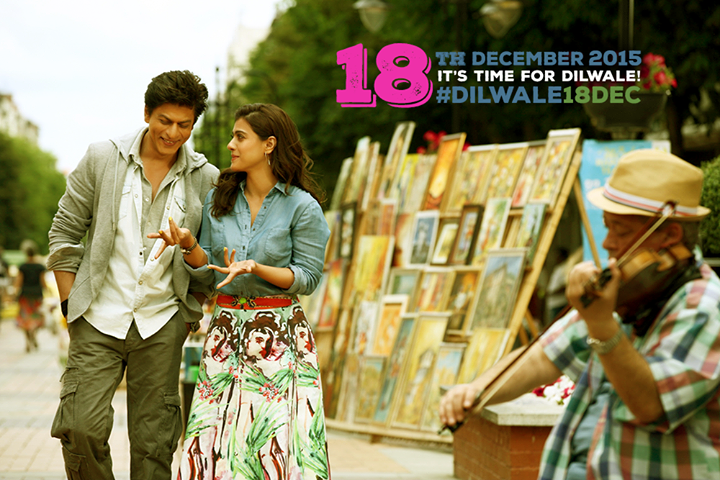 In this piece, Paromita Bardoloi reflects the way Shahrukh Khan instilled the right lessons in so many young girls.

When cable television made a boom in India, a man was clearly more visible on our TV screens. We saw him in award nights, interviews and other shows. Yes, I am talking about the man, who defined the 90s and romance for many of us- King Khan- Shahrukh Khan, the man, who took over public imagination like no one else.

Needless to say, he became the dream man for many girls across the country. And Shahrukh did much good to girls than many combined together.

As a girl growing up in the 90s, Shahrukh was the first noticeable celebrity I remember who talked all the time about his wife. Not something we as Indian girls see. I don’t remember men going out all the way and being so expressive. Shahrukh did. That taught very young girls, one more expansion to their horizons that men can be this expressive and be so warm. I do remember the way we would be glued to the television sets, during the Filmfare awards. And when Shahrukh would get the awards he would invariable hug and kiss his wife Gauri and also give a warm hug to his female co-stars.

Shahrukh thanked his wife, mother and not to forget, his co-stars. In, India we are so used to live in a male dominated society that when a man at his heights talks so fondly about women in his life, little girls take note, that that is how a man treats his women, by always recognizing them in public. Personally, from watching Shahrukh I learnt as a young girl that men in my life have to recognize me. I learnt to unhide from Shahrukh. I learnt the biggest lesson from Shahrukh that if a man really loves and respect me, he has to recognize me in public with deep dignity. Because of Shahrukh, I refused to be hidden; that really helped me live relationships with dignity.

As a very young girl, I internalized from Shahrukh that if a man ever loves me, I will be seen in public with him with pride. I am no one’s secret. That’s my favorite lesson from Shahrukh.

Shahrukh has a very warm feeling about him. In his films and interviews he could play the friend to a woman. That for me was so important. You can always hug and kiss a woman, yet still be such a good friend. The physical closeness between a man and a woman doesn’t always need to be sexual. It can be as warm as the way Shahrukh hugs Kajol in public, though she is very much a married woman. I was watching the interview of Shahrukh, Kajol and Karan Johar with Rajeev Masand before the release of My name is Khan. I loved the way he reacted to Kajol each time. So much love and grace. I again relearnt a few lessons from him.

He infact talks about his daughter and her ambition of being an actress and his support. That again makes so many of us learn to respect our kids’ choices.

No woman looks vulgar with him around. Nothing looks sleazy. Many may argue that his films are all about him and may be all he does is a PR exercise. It might be. I don’t know him personally. But I argue back, what’s wrong if doing so, he instills the right lessons amongst so many women? Because of one Shahrukh Khan, I can always say, I had raised my standards and in my adult life, it only helped me choose and live better.

On his birthday a day before, he quipped, “Ladies don’t leave your day job for a night’s husband.” I could only applaud him, because with millions of followers, a man of his stature can make a difference and just by being good to his family and his co-stars, he is teaching a generation – the measure of a man.

Thank you, Shahrukh Khan, you raised our standards. Once again a happy 50th birthday!