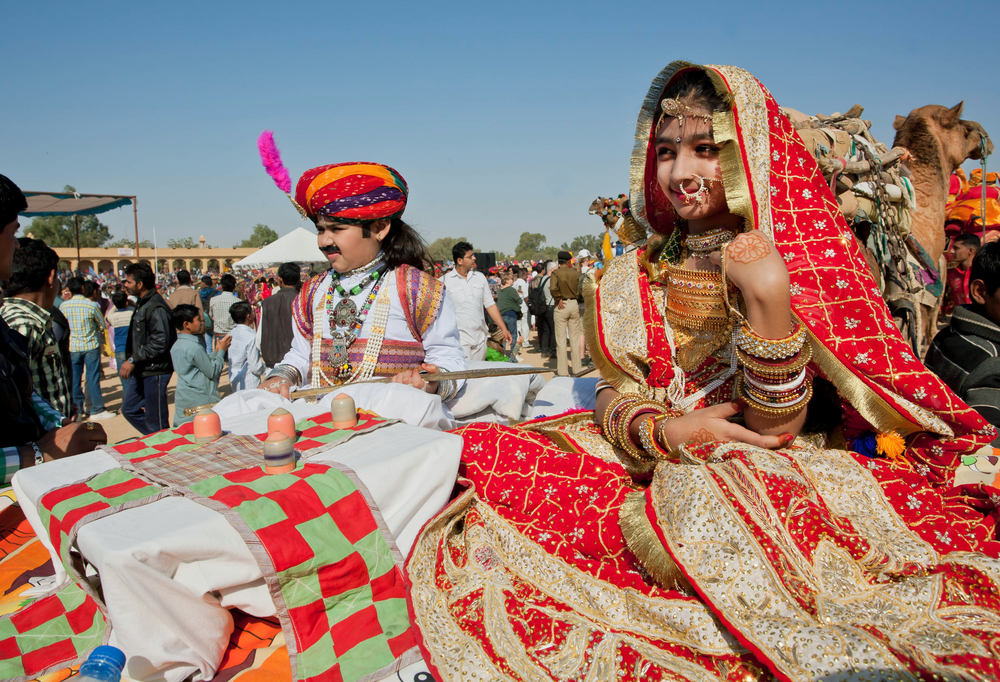 Her Marriage Was During Her Infancy. Here’s How 19-Year-Old Santa Devi Got It Annulled

In a small village in Jodhpur, 19-year-old Santa Devi gets her marriage annulled in the court, a marriage which was fixed when she was just 11 months old.

In the remote village of Rohichan Khurd in Luni tehsil there is a ray of hope that is shimmering very bright. Santa Devi Mangal who appealed to annul her child marriage had been granted the annulment last Tuesday. She moved the court on May 13.

Her village is not new to child marriages. It should be mentioned that across the globe, India has the second highest number of child brides, despite the fact that it is illegal.

Santa Devi was married off to Sanwal Ram, when she was merely 11 months old at a ‘mausar’ ceremony, which is held after the death of some relative and the groom had been only 9 years old. She only came to realize that she was already married three years back, when a friend pointed out to a drunken man hurling abuse outside their school that he was her husband, as her family had attended the marriage. Santa’s heart sank and she confronted her parents.

She was supposed to move out with her husband when she turned 17, but that’s when she decided to fight it out. By then she was already a student of Jodhpur University, pursuing her Bachelors in Arts.

That’s when the real battle started. For 3 years she had to fight the village panchayat, who passed the judgment that she should go and stay at her husband’s place. At her refusal, she was slapped a fine of Rs. 16 lakhs and her family was ostracized.

That was when she turned to Sarthi Trust, an NGO that works against child marriages. At first the NGO tried to talk to the boy’s family, but they were adamant about continuing the matrimony. That is when they had to move the court.

“During the entire process of the annulment plea, those who were against, gradually turned supportive or indifferent, which helped us achieve our objective smoothly,” said Bharti from Sarthak Trust as told to Times of India.

Her father said that now the priority is her education and fulfilling her aim of becoming a teacher.

Coming from a small village, Santa Devi has shown courage at the cost of being ostracized by the village.

Coming from a small village, Santa Devi has shown courage at the cost of being ostracized by the village. Considering the places similar to where she comes from has Panchayats that are basically controlled by men, it is remarkable that she dared to speak out. That itself gives hope to many like her, who are victims of child marriage in India.

Every year, in Akshaya Tritiya, authorities with the help of local NGOs crack down on such child marriages as the festival is considered an auspicious time across India for weddings, including those between children.

The Government has launched many a campaign to stop the practice of child marriage, but socially, parents believe that through child marriage they can prevent their daughters from sexual abuse or avoid daughters in indulging in premarital sex. The results of such marriages are disastrous, resulting in pregnancy death as well as death at child birth. Women with lesser education do not have many means to bring up their children. They are also more susceptible to domestic abuse.

As, Santa Devi walked out with her annulment of her marriage, she stands as a symbol of courage and an inspiration for many like her to speak up and claim their rights.

Why Phoolan Devi Is A Feminist Icon, As A Dalit Woman Who Stood Up To Caste Based Gender Abuse