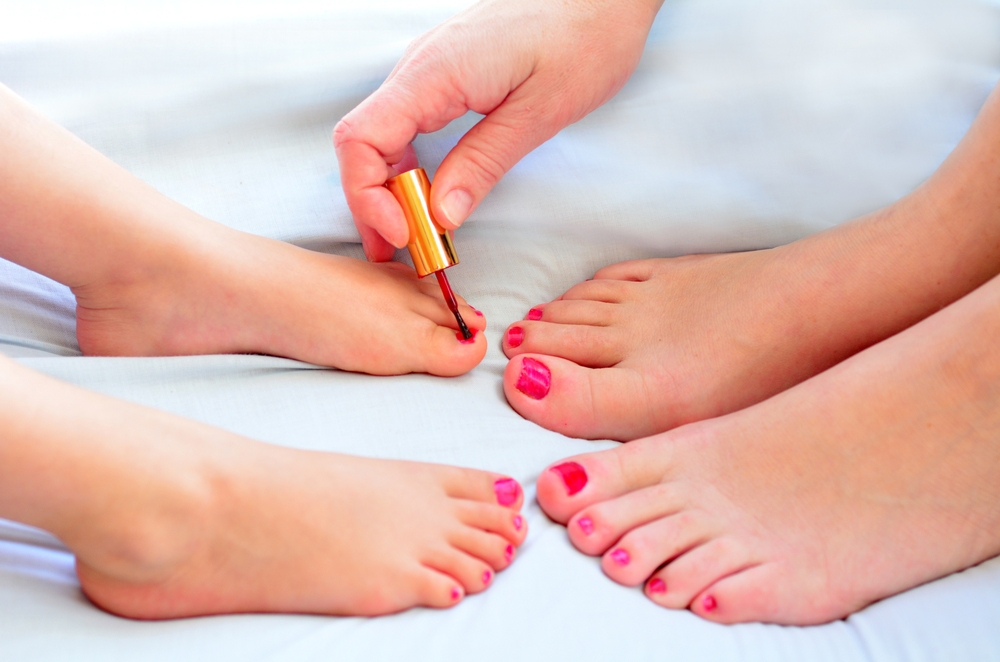 Growing angry at the impatience of the visitor she shouted, ”Arrey don’t ring the bell so much, I’ve heard you….wait!”

She flung the door wide open and saw mausi leaning against the wall and fiddling with the end of her saree. Mausi was Sarita’s loyal maid, who had been coming to clean the house ever since Sarita had moved to Mumbai with her husband and two daughters.

“Mausi, you’ve come early today, I had just woken up,” Sarita said while turning her back to mausi and moving towards her steaming tea, which lay invitingly on the centre table.

“Tai, I had to. Rashmi is coming in the evening. She just called to inform me. I will have to finish work quickly, so that I’m free by the time she comes,” Rashmi was Mausi’s elder daughter, who had been married a few years ago. Within a few months of her wedding, trouble had started brewing. The root of the problem lay primarily in the fact that her in-laws were not happy with the few gifts that she had taken with herself. This  led to frequent harassment and quarrels. Because her daughter lived only an hour away, Mausi often called the girl to her house, for a day or two, till the matter cooled down.

“Oh, I hope this time problem is not serious, like the last time,” sighed sarita.

“Hmm tai, I also hope that. Last time, it seemed everything would get over. But god is kind, he did not let that happen. I somehow managed to settle things with her in-laws. I had to send Rashmi back with some money and new sarees for her mother in-law and sister in-law.”

“Mausi, what can we do? After all, we are the ones with daughters. In the end we only have to take a step back. Chalo, you start with the utensils first and then do the rest.” With that Sarita reclined back on the sofa, and sipped her tea.

Mausi and Sarita shared an unusual relationship. They had known each other for almost twenty years now. Both their daughters were of almost the same age and were married. Sarita and Mausi, rarely discussed anything apart from the lives of their daughter’s.

On many days, Mausi would stay back after finishing her work and both of them would talk about their respective daughters over a cup of tea. Mausi would always sit on the floor with her cup of tea, which Sarita kept separately for her and which was not allowed to be mixed with the other utensils. Sarita would sit on her favorite sofa, sipping her tea from a large mug, which had pictures of her family printed over it.

Sarita had recently retired as a school teacher. Years of speaking in an authoritative tone while commanding her students, had given her a very matter of fact tone. She would unknowingly pepper her speech with the Very Goods & Well Dones.

Although there was absolutely no similarity between either Mausi or Sarita or between their daughters, it was strange how in spite of differences in their education and social backgrounds, both the daughters faced almost the same marital problems. Perhaps, it did not matter whether one was married into an uneducated family or an educated one. Some things did not seem to differ or change across societies.

The next day, Mausi came at her usual time. Sarita asked her about her daughter’s well being and what the matter was.

“Oh! That’s great news. But why do you sound so worried?”

“Tai, those devils want her to undergo a test to check whether she is carrying a boy or a girl. I ask, what is wrong if she is carrying a girl. And even if she is, then what do they plan to do about it? I tell you Tai, I should have never let my daughter stay this long with them. I should have brought her back the very first day, they showed their true colors.”

“Oh, mausi don’t get so excited. Calm down. You know no matter how much we love our daughters, we cannot take that step. Once they are married, they have a life of their own. What can we do except listen to their problems? That’s what I always tell Preeti also, beta, as a woman we have to tolerate so many things. We can’t just leave everything and run. What will the people say?”

“Tai, how does it matter what people will say? I just want my daughter to be happy and if she is happy without them, then so be it.”

“Mausi, let things cool down. Send her back only after a few days. Maybe after a few days, her in-laws might change their mind. You don’t do anything foolish. Just lie low for few days”

“Hmm, lets see Tai, let’s see” Mausi left the room with a sigh and moved towards the kitchen to attend to the unwashed pile of utensils.

Just then Sarita’s mobile phone rang. It was Preeti.

“Maa, I can’t take it anymore,” cried Preeti from the other end.

“Arrey beta, whats wrong?” Sarita asked while preparing herself for a long conversation.

“This mental agony does not seem to end, Maa. Though it does not leave any scars on my body but it hurts more than anything ever could..” Preeti cried uncontrollably.

“Now will you tell me what happened?” Enquired Sarita in her teacher’s voice.

“Maa, Atul is having an affair”

There was a long pause before she spoke again.

“I found out a few days ago and when I confronted him, he confessed. He confessed it so easily and quickly, Maa. I had expected him to deny it or may be lie. That would have somehow made me feel better. It would have given me some more time to live in my world of denial. But he swiftly accepted it, and stripped me naked of my illusion as he stripped himself of all the lies.”

Preeti seemed to have choked up on her words at the other end. There was a sound of water being gulped rapidly. After clearing her throat, she continued.

“Maa I did not know what to do.  I was full of hate and anger against him. I just wanted to see him standing in a dock and justify this affair. So, foolishly I went ahead and I told his mother everything. What she said has hurt me more than what Atul has done. Maa, she told me that in a way I was responsible for this. Had I given him a child, he would not have lost his way, she says. I cannot understand how a woman can be so insensitive towards another.”

“Hmm, well of course it’s not your fault,” Sarita consoled her.

“What does Atul say now? What does he want?” It seemed as though she was more interested in the consequences than the situation.

“He says, he will not leave either of us. He just can’t. Can you imagine, Maa living forever in the knowledge of sharing your husband with another woman?”

“Oh, it won’t be forever!” This cruel statement almost slipped out of Sarita’s mouth nonchalantly. She quickly corrected herself and spoke more diplomatically.

“I mean beta, its normal for men to stray sometimes. Of course its hurting you now. But very soon he will get over that woman and come back to you. This is all very temporary, just a phase. If he didn’t care for you enough, he would have thought of leaving you. But he hasn’t. You are important to him. Give him some time, he will realize his mistake.”

“So, Maa I should patiently wait for him to realize and forgive him when he returns. What if by that time, I don’t love him anymore? What if he commits the same mistake again in the future? Am I to quietly watch him have affairs and dutifully wait for his return everytime?”

“You don’t have to win all the wars, dear. Learn to tolerate. Learn to accept. Women have to sacrifice so much to build a home. Eventually you will be happy that you were patient,” Sarita spoke a little assertively.

“Maa, I feel like leaving everything and coming back.”

“And, bring shame to our family. Do it, if this is what you want”, Sarita said softly but firmly.

“Oh Maa, I will never do that. Don’t you worry,” and the call was disconnected.

Sarita took a deep breath and wondered why the girls of this age could not tolerate enough. Weren’t women supposed to be the epitome of tolerance? Not any more, perhaps. She herself had suffered so much when she was a new bride. Why were these present day women so rebellious?

A few weeks later, Mausi called up Sarita at an unusual hour to tell her that she was going to Rashmi’s house to bring her back for good. Her in-laws had forcefully taken her to an unauthorized clinic and checked what she was carrying. After knowing that it was a girl, they had an abortion performed on her. Mausi could not see her daughter treated like a child popping vending machine. So she had finally decided to take things in her own hands and bring her back.

When Mausi came back to work after almost fifteen days, she looked quite relieved. As soon as Sarita opened the door, she gushed with joy.

“Tai, I am so happy. I saved my daughter from their clutches.”

“I could not,” Sarita uttered these words and burst out crying.

Preeti had committed suicide the very night she had last spoken to her mother. In her last note, she had scribbled that she held no one responsible for her death.

But to Sarita those words seemed hollow. For she knew who were all guilty and worse, that she was among them.

An Old Affair But A New Beginning