The Big Fat Kerala Wedding: Time To Cap The Expenses?

With Indian marriage expenses becoming astronomical, the Kerala women's commission suggests that its time to set a cap on expenses. Agree/Disagree? 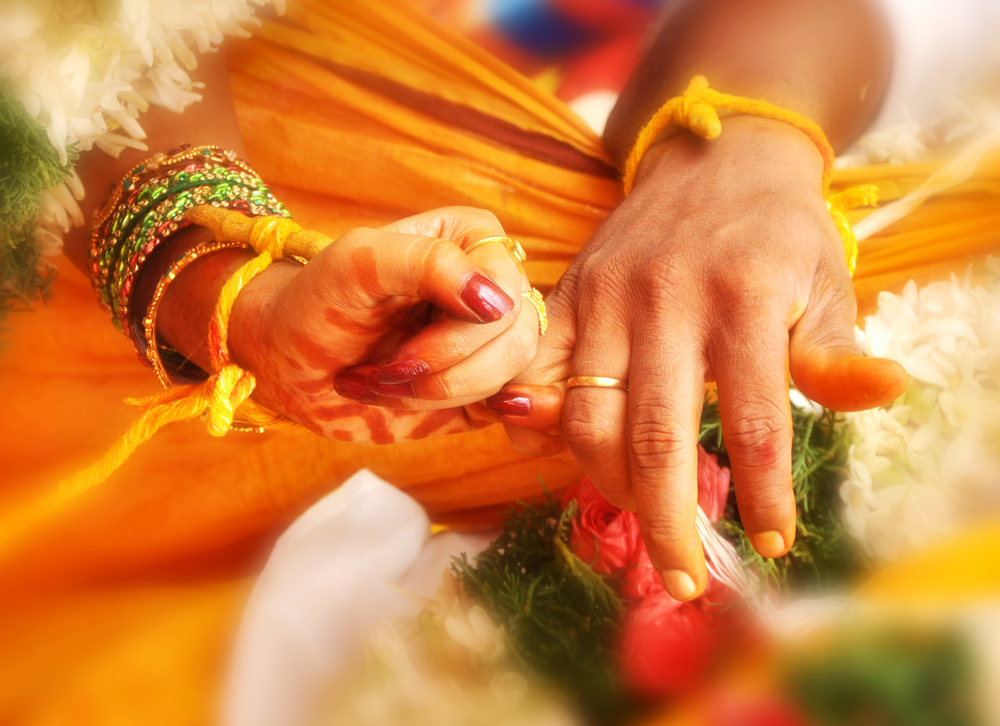 With Indian marriage expenses becoming astronomical, the Kerala women’s commission suggests that its time to set a cap on expenses. Agree/Disagree?

The members of the women’s commission in Kerala recently proposed to the Government that it introduce a cap on the amount spent during weddings. The Kerala Government swiftly rejected the proposal citing that the commission should instead focus on spreading awareness on the issue of people spending huge amounts of money on weddings.

The commission had proposed that a limit of 80 grams of gold and limits on other expenses be set for weddings such as a cap of Rs. 10,000 for the bride’s dress and Rs 5000 for the groom’s dress.

Kerala weddings might be the simplest weddings in terms of rituals and functions as compared to the rest of India. The popular joke about a wedding in Kerala is that if you blink you might miss the entire ritual, save for two aspects which is the copious amounts of gold that a bride might wear in Kerala and the number of guests at the wedding, which is upwards of 1000 people.

According to Reuters, Kerala uses up 400 grams of gold per wedding which is almost half a kilo – not too much of an issue if we were talking about potatoes.

The rest of India is not behind in terms of wedding expenses. Some sources peg the average amount spent per wedding in India at Rs.19 lakhs and the upper middle class and the rich spend anything upwards of Rs 5.5 Crores. The average numbers in India are harder to predict owing to the different states, classes and religions in India.

Weddings seem to be the biggest party for the rest of the world too with the US spending an average of $29,000 (Rs 18.5 lakhs) according theknot.com and Indian Americans spending anywhere upwards of $65,000 (Rs 41.5 lakhs) for a wedding in the US according to fortune.com. The UK seems to be spending slightly lesser with an average of 18,000 pounds (Rs 17.9 lakhs) according to the telegraph. Almost everywhere, people feel that wedding expenses have spiraled out of control.

Families seem to take loans, mortgage houses and some even go bankrupt in trying to pay off loans taken for the wedding and this seems to be the trend in most parts of the world. In India, there is the added menace of dowry leaving the groom’s side richer and in effect making daughters seem like liabilities. Would setting a cap on expenses allowed for a wedding be a welcome change or can this change come into effect only by awareness and changing mind-sets? If such a cap is set for weddings it would mean a big loss for businesses such as caterers, bands, DJs, and photographers that thrive on the wedding business, out of which gold is the biggest player in Kerala.

The wedding industry is an estimated $4-$5 billion business and is growing at a healthy 25-30%.

While individuals are willing to pay through their nose for a wedding, the wedding industry in India is booming – it is an estimated $4-$5 billion business and is growing at a healthy 25-30%. That is natural, with weddings becoming larger and more ridiculous by the day with each person trying to beat his neighbour in showing off their wealth and at times debt.

Everyone loves a party and weddings are great for family and friends to come and celebrate a couple but when the celebrations start costing as much as someone’s house or honour, that’s when problems arise. Reality shows like Band Baja Baraat even suggest plastic surgery and procedure like lip enhancement for the bride without batting an eyelid. We have seen it all from grooms arriving on horses to helicopters and brides wearing everything except the kitchen sink in gold.