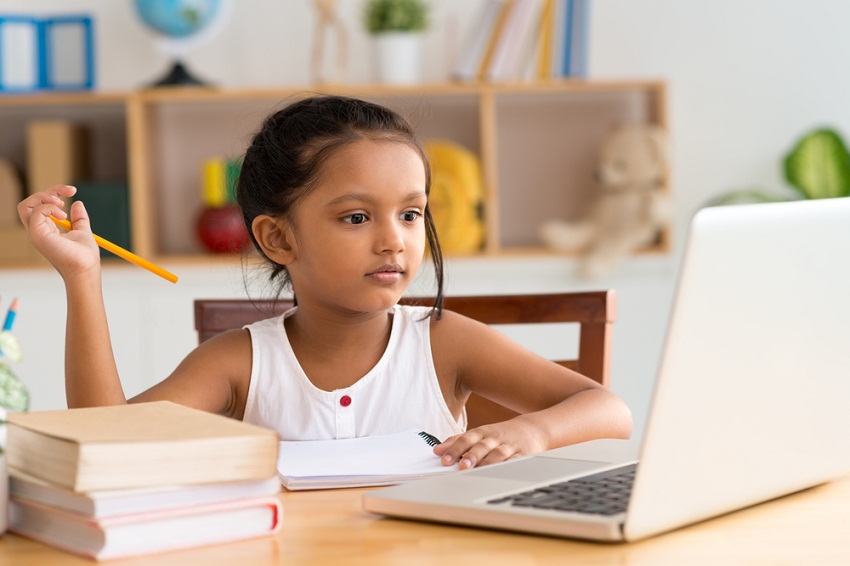 Today, when kids can find everything online, parents need to mentor digital natives, not wall them away from technology. A very thought provoking post on parenting kids who stay online!

It was another ordinary day in my household when my 5 year old daughter wound up her stories for the day, tidied up her toys and finally asked me for the tablet. As I enquired in turn what she would do with it, she promptly replied that she wanted to watch some cartoons on YouTube.

As I handed over the tablet, carefully unlocking the password and hiding it from her simultaneously, she grabbed it and ran to her room. She would often bring it back to me when an advertisement would come up so that I could ‘Skip it’ for her and hand it back. But on this day she did not do what she would have normally done. When I went in to check on her after a while, she was busy with her ‘My Little Pony’ episodes. As I probed her on the advertisement, she told me, without even looking up that she could do that herself and did not want my help with them anymore and went back to her videos.

It was at that very moment I realised how handy digital technology was for my ‘millenial kid’; how the ‘touch screen’ feature makes it more operational; requires no formal training; and just modelling by parents suffices.

The most contentious term ‘Digital Natives’ is a term coined by educational writer Marc Prensky in the year 2001 to describe those children who have spent most of their time and much of their lives ‘online’. This term also refers to people born after the year 1980. I am a ‘Retrophile’ who was born in the 80s; an era where the shifting from manual to digital was transitional and still had miles to go; very unlike what it is today.

It was that time in the history of the digital world where technology was neither easily available nor was it easily operational. Having an email id was esteemed more than possessing a tablet is today. I remember as a young girl, the day I got my first email id. It was such a matter of pride for me as I wrote it down on a piece of paper, carefully folded it to gloat about it later in front of my friends and family and bask in its glory. Something similar to what the ‘millenial kids’ do on a video game or a computer game when they successfully complete a certain level or gain some ‘million’ points and trumpet it among themselves. The only difference is the level of technological exposure rendered.

The term ‘Digital Natives’ is a highly controversial term which according to Sue Bennet, a former head teacher and literacy expert based in UK, gives rise to a situation common to all parents called ‘moral panic’; a situation which is neither empirically nor theoretically ascertained. What is my child watching? Is he/she watching age appropriate videos? There are a number of questions that pop up in an indulgent modern day parent’s mind when they watch their child engrossed with a smart device; a feeling similar to our parents when the cable TV network became prevalent in most households and keeping a tab on what the children are watching on the television became increasingly important. Then came the child-lock system on the television which could child-proof specific channels; a feature which cannot be used with the inclusion of the Internet on our smart devices where the child is exposed to materials which are neither age appropriate or of any significant development value.

Adults’ fears for children and their worry about their own lack of control over their children are the single biggest obstacles to accepting digital technology.

We live in a risk-averse society and this is certainly true with regard to children. We know that children are likely to run risks if they access the internet unsupervised, or stay online for long periods of unbroken time. Adults’ fears for children and their worry about their own lack of control over their children are the single biggest obstacles to accepting digital technology. For example, when my daughter touches the ‘You Tube’ button she is exposed to a world of various possibilities and options. She can watch streaming videos from cartoons to wild life to fashion to porn. A touch which opens up an infinite possibility of knowledge which may or may not be age appropriate or of any developmental value; knowledge which might just steal her innocence before time.

Is this ‘Moral Panic’ which is striking my conscience? Yes it is, but I have two extreme choices that I can make in order to protect my child and her innocence from being trudged upon; either I can take away the device thus cutting her off from the various opportunities that the Internet also offers and take her back 30-35 years to an era where I used to find pride in having just an email id and no computer, the nearest being about 5-7 Kms away from home; or I could just give her the device and monitor her viewing. Although I am tempted to go for the first option yet the second option seems more viable given the era she is born in. Technology provides awareness, awareness about everything that is happening around us, and if the technology is taken away, vulnerability is what we are reduced to. In a world where change is so dynamic, awareness keeps us agile and helps us in keeping up with the ever changing world.

What are the implications for education? Are children now finding traditional schooling increasingly difficult to engage with?

In the educatory world some questions are frequently discussed: do children now learn in different ways compared to children in the past? What are the implications for education? Are children now finding traditional schooling increasingly difficult to engage with? However, there is little evidence of serious dissatisfaction or disengagement in young children’s education so far, and making any change to our current educational system on the basis of speculation would have drastic consequences for children’s learning.

The fundamental mechanics of learning has not changed, but the world in which students live in has. Reading and writing is still essential; however, copying out your copy versus editing the original on the computer is where the skills have changed. Concrete materials for math are still important, but some of the same concepts can be taught using technology too. Clicking an answer versus using pencil and paper is where it differs. Encyclopedias and dictionaries may never become obsolete although finding materials online is much easier. Reading books, going to the library to get new books to read, buying books from the bookstore or ordering them online did not phase out with the advent of e-readers. Invention and advancement of the digital world isn’t going away so soon. It is here to stay and it has its own share of positivity and negativity. But it is up to us to determine the usage of the advancement and invention to our advantage.

Parenting is a tough task and parenting in a ‘digital age’ to ‘Google Kids’ is even tougher.

Parenting is a tough task and parenting in a ‘digital age’ to ‘Google Kids’ is even tougher. Giving in to peer pressure where another child has access to a smart device whereas your child hasn’t is another area where we as parents should shift our focus too. Children are very observant and modelling behaviour is what they often do. As children they do not realise what they need and what they don’t; but as parents it is our job to make the right decisions for them.

I have often witnessed parents giving their smart devices to their children in order to finish off the pending office work, or keeping them engaged as they have their meals, or just shutting them up when they are socializing. I do not remember my parents switching on the television for me when I hovered around their heads pestering them when they were in the middle of a conversation with their friends. They would instead ask me to go for a ride with my bike in the neighbourhood and come back after half hour or they would ask me to take my toys and go out and play with other kids in the garden.

Anything that instantly captures a child’s imagination; whether it is their favourite football team; or a particular video game; or their favourite Disney princess; they readily adopt them.

Children are born inquisitive in nature. They do not hold back from observing, experimenting and implementing. Anything that instantly captures a child’s imagination; whether it is their favourite football team; or a particular video game; or their favourite Disney princess; they readily adopt them. Therefore they are likely to be drawn to any technology that advertises or displays these interim attributes. Technology, especially the touch-screen based technology is the fascinating of all since it opens up the doors of possibilities and knowledge with just a touch. It is even more enticing because it still has an element of novelty in it.

The technological enigma gets to a whole new level when it is portable and touch-screen. However, examples of the apparent risks associated with constant exposure to the internet and the virtual world can be determined in the works of many educators worldwide. They have conducted extensive research work on the plausible psychological effects on the developing brain of a child; environmental influence, and the risks associated with digital technology. Some of the risks that have been identified by researchers are:

Some online searching and you might also find current research into so-called internet addiction, aggressive game-playing and bullying, which have also been linked to children’s exposure to the digital world. Many educators have documented their research on how digital technology has affected the new generation. One of the book written by researcher Sue Bennet, is documented in her book Toxic Childhood: How The Modern World Is Damaging Our Children And What We Can Do About It.

As parents our duties and responsibilities do not end with providing exposure to our children; in fact it is just the humble beginning. Teaching about the effective use of the technology and channeling it in the right direction for gaining relevant knowledge falls within our spectrum of responsibilities. Restricting access to technology also restricts opportunities for our children to develop resilience against future harm. However, if we can identify sites where we can encourage our children to go online and explore different platforms of possibilities rather than locking them into our safe walled gardens then probably children will spend their time more in the suggested links rather than spending their time casting around other websites where opportunistic invitations might lead them to trouble.

An Indian girl on her computer image via Shutterstock