Technology Addicted Kids: The Why And How Of Tackling It

In our increasingly hyper-connected world, tech addiction in kids are no longer a rarity. A look at the whys of tech addiction, and what parents can do to tackle it. 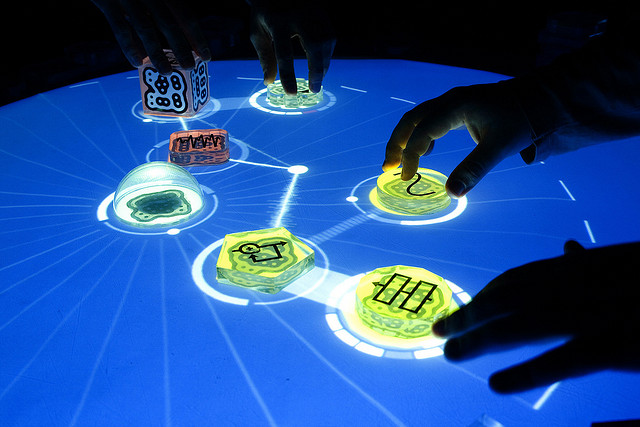 In our increasingly hyper-connected world, tech addiction in kids are no longer a rarity. A look at the whys of tech addiction, and what parents can do to tackle it.

A muffled answer. “Ma! I have to finish this project.”

An hour later, the door to his room is shut. As usual, she leaves his dinner in the microwave. Next morning, he wakes up late. Bleary eyed, he rushes out without breakfast, grungily dressed, hair uncombed, almost missing the school bus.

Mother realises that last night’s dinner is in the dustbin. His room is littered with wrappers of chips and chocolates, all around his PC.

Home from school. He is closeted in his room again. Friends call. He refuses to join them for a football game. He has been putting on weight and needs to exercise.

He grows angry, almost aggressive, when she suggests that she join the family for a movie.

Dinner out as a family and she manages to coax him to join.

Mother looks around the table and realises what a dysfunctional picture they make. There is barely any conversation, only glances at the tablet and smartphones with heads down, texting, even conversing on the mobile phone while eating. She herself takes a call from the office and later smiles at a forwarded joke.

One day, a call comes from his school. Her son’s grades are falling, he is not participating in school activities, projects are not done. She is stunned.

This is a family whose balance is upset by technology overuse.

A wide range of this has been seen – Nomophobia (fear of having no mobile phone) to excessive texting (100 texts/hour!) to obsession with garnering attention on social media to uninterrupted gaming.

What begins as an hour-long daily activity, may at times spiral into an obsession that consumes five to seven hours a day or more, affecting health and academic performance.

Typically, the youngster will shun school, friends, outdoor play, family outings, food and sleep. Often, they eat ‘fast food’ with one hand, and play with the other. Extreme cases even wear adult diapers to prevent interruptions.

Children as young as two, are ‘playing’ with tablets and smartphones. Tantrums, aggression, irritability are seen when they are not around a tech device. Simple motor skills, eyesight, posture, etc are also affected.

These are Digital Natives; children who have grown up using technology. They are exposed to internet, apps, video games, online gaming, social media at an early age. They derive their identity and social acceptance, and develop problem solving skills and communication from technology.

Normal social skills, conversation with eye contact, etc. terrify many of them, as also the thought of turning off the tech device. For example, in lecture halls, theatres.

They prefer the virtual world for its anonymity, vivid imagery, innovative thrills, ‘realistic scenarios’ and endless choices over being ‘IRL’ (in real life). Ultimately, the line between the real and virtual world blurs dangerously.

The extreme end of tech obsession

How do parents counter this addiction?

Lead by example. Keep your own phone, PC, tablet away from family activities.

Learn to unplug. The wifi, phone, PC and television can be completely turned off for some time every day, especially during dinner, prayers, get-togethers or everyday for a fixed period. Resist the urge to use the tech device as nanny for your child.

Spend some time outdoor. Encourage physical activity with your child.

Watch the mobile phone. You could set limits for its use. Prepaid cards, limited wi-fi usage and web filtering are other options.

Get help. A group of parents could form a group for this. You may even want to consult an expert if the problem is already underway – psychologists can help tackle this problem. NIMHANS in Bangalore has just opened India’s first tech de-addiction clinic.

Technology makes modern living and working easier. We are better connected, informed, entertained, and have easier access to many things. Let us integrate it into our lives without being obsessed by or being dependent on it.

“I fear the day technology will surpass our human interaction. The world will have a generation of idiots.”- Albert Einstein.