Cyber Safety For Kids In India

Cyber safety for kids in India is crucial with the Internet and gadget explosion. Here’s how Indian moms can ensure online safety. 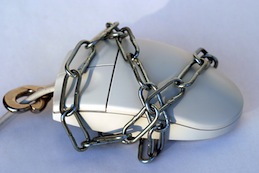 Cyber safety for kids in India is crucial with the Internet and gadget explosion. Here’s how Indian moms can ensure online safety.

A mini-scale war started in my household when I asked my 16 year old for his new e-mail password. He considered my demand outrageous, downright dictatorial and a breach of privacy! “I am not a kid anymore! And anyway, I show you all my mails, you are my friend on Facebook and I don’t access any other social networking sites. So what’s the problem?”

“Oh dear!” I thought, “The boy is showing signs of the rebellious teens. He has clean forgotten what I had said while opening his e-mail account a couple of years ago.” I had explained that I needed to know the password to keep tabs on his mails so that he was safe online. He had readily agreed then.

I bit back the sharp comment that sprung to my lips for it is important not to rub your volatile teens the wrong way if you want to continue a conversation with them and make them listen to you.

So we had a long discussion and finally agreed that though I would not ask for his password, I would continue to use my McAfee family protection to monitor his net surfing. Further, he would access the Internet only from the family desktop and not our smartphones.The parental controls on hisPlayStation Network (PSN) would be turned on. Finally, he had to repeat his old promise of reporting to us if anyone abused or humiliated him on Facebook. He reluctantly agreed for the greater gains of online privacy.

The importance of cyber safety for kids

My story is not unique. Most Indian moms I speak to have different versions to share. As parents, we fret over our kids’ safety, especially when the turf is unfamiliar, or dangerous, like cyber space. On the other hand, as our little poppets grow up and start exploring their independence, they consider all supervision as snooping and a breach of privacy; as one response to “Should parents be able to edit kids on Facebook?” shows,

“I denied my parents even a friendship on FaceBook. Parents are nosy!”

There was also a counter response from a parent, “As a parent – I would not let my child on FaceBook until 14 and that with minimal supervision until 18. Yes, I read horrible, but I prefer an annoyed teen to a dead or damaged one.”

True, we don’t want to see our children hurt, abused, or swindled but then we don’t want to create a wall between us either. How do we walk this tightrope? Remember, there is no one perfect solution as kids differ in terms of age, maturity level and temperament. The key is to aim for small wins and not bitter victories in big battles. Start small, and eventually build up such a strong bond that they will share most things with you. The top tips are:

(a) Build up TRUST

(c) Share your own experiences as a teen to bond better

I brought up the topic of internet monitoring with my children when they first started dabbling with my desktop in their tweens. Drawing parallels to real-world scenarios, I explained that just as I accompanied them to the playground for their safety, similarly, I would keep an eye on them when they went online. They accepted the rationality of my reasoning and there were no protests.

Further, I too started sharing my email password with them. I would often request my son to open my e-mail for me and check if I had received any mail. It made him feel responsible and grown-up. It also drove home the message that I didn’t mind sharing my password. When I demonstrated how Google tracked my mail content to publish related ads in the sidebar, they were astonished and decided it was rather safe to have Mommy around when they went online.

However, things started changing as they entered their trying teens. I had not reckoned with the peer pressure the kids faced at this age. It was formidable. Suddenly, monitoring became snooping, and advice became sermonizing. They walked round with an air of ‘I-know-it-all’ and resented any kind of supervision. There was also this fierce need to protect privacy.

This called for change of tactics. Unsupervised Internet time was allowed, but only after they agreed to have parental controls turned on. Moreover, I adapted myself to become less of a rule-setting mom to more of an understanding friend. Believe me, there were arguments over who they could befriend, which pics they could post and the sites they couldn’t visit. As I was also friends with their friends on Facebook, it helped to keep track of topics they neglected to discuss with me.

Here’s a warning though for Indian moms. Refrain from commenting on their FB updates or status messages. If anything worries you, have it out with your child directly. The same goes for their friends; otherwise you might find yourself being unceremoniously dropped from their friend’s list!

Here’s a warning though for parents. Refrain from commenting on their FB updates or status messages.

Today, my daughter, who has crossed the threshold of a teenager, good-naturedly grumbles that she doesn’t have much privacy online what with the whole family being her friend on Facebook. But I am also happy to note that she is naturally security conscious and is very careful about posting pics and replying to mails from strangers. The icing on the cake is that now she calls me up and says, “Mom, open my e-mail and check for…..”

As for my son, ah well, he’s just entered a new phase of volatile emotions. I understand and respect his need for privacy, but that doesn’t mean he will get free rein on the net. There will be rules, some supervision and periodical warnings. There will also be quarrels; words like “Hitler” will be thrown around. But I have come to understand that it is possible to tackle these tricky teen issues with patience and love.