Cautious With Every Step: How Do We Keep Children Safe?

Predators who prey on children are rarely 'obvious' criminals. How do we keep children safe while encouraging them to explore the world? 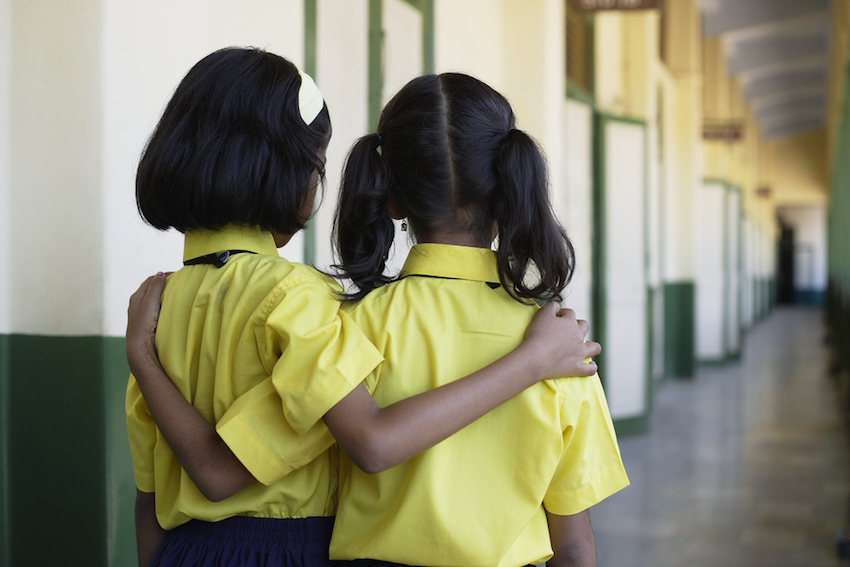 Predators who prey on children are rarely ‘obvious’ criminals. How do we keep children safe while encouraging them to explore the world?

A big white sugar candy in her hands and a bigger smile on her face, wearing a perfect combination in her white shorts and blue t-shirt; Like the typical mother who is a card-carrying member of the ‘click-every-moment-of-your-child’s-life’ generation of parents, I took a photo instantly.

Immediately, the young guy who sold us the sugar candy at the mall also took out his phone; being a member of the selfie generation himself. The Tiger Mom within me jumped out to my daughter’s defense and I screeched a “NO” at him. He was silenced by my alarmed, dramatic expression. His face turned taut and he looked around to see if there was any audience to this show. We were standing near the escalator boarding point and what a sight to see! All the traffic on the escalator gliding down turned up towards the tiger mom and the sugar candy daughter.

Why did I over react? It could have been a simple gesture from the boy selling the candy. What was on my mind? Child abuse/Child pornography/paedophiles/Photo morphing? It is a fact that I do not have to allow a stranger to take my daughter’s picture right in front of me. But was my reaction to the incident normal?

It is a fact that I do not have to allow a stranger to take my daughter’s picture right in front of me. But was my reaction to the incident normal?

Yes, it is normal in today’s context. As a mother, I am on alert mode 24×7. So much abuse is going on in the society and the environment my daughter lives in, that every gesture is looked upon with suspicion. The phones in the hands of people are dangerous. The social media pictures that we upload of our children are dangerous. It is danger, danger and more danger.

This incident didn’t happen recently, but I am referring to it in today’s context. A few days back, I read another friend’s message spreading awareness about a paedophile page on a social media network which was formed by people of my own state. Paedophiles can be anywhere – on the streets, on the Internet, on the roads, in the school. These paedophiles seek a target-rich environment for finding their prey, and the Internet has become their flocking ground.

Children, as an innocent group, have to put up with abuse in many ways from the day they learn to take a few steps on their own. The worst form of abuse for children is exposure to pedophiles, and this goes unrecognized largely. Tourism which is a key currency generating industry in the country seems to be the paedophile’s paradise. Child sexual abuse is a reality, but largely goes unrecognised. Parents, are you listening?

There are several laws to protect children and several campaigns to create awareness; these somehow don’t seem to suffice. The more the protection, the more predators find other ways to get to children. The government can’t seem to catch up with the predators and their ways. It is upon parents to ensure the safety of their children. It is family that nurtures the child first. As infants, they enjoys a long period of dependency on the parents; therefore, the family is the most effective initial agent to address this issue. It is extremely important that parents have awareness of the existence of paedophiles around their children. Knowledge is power, especially when you are reading what you don’t want to know.

Parents have to earn the trust of their children. When a child complains about a problem, parents have to listen with interest and intent and be very cautious to be non-critical.

The school should also organise awareness programmes for students and parents. Teachers and counselors should be equipped to handle such issues.  The media should not only flash news of isolated incidents and later wash off their hands. Instead, media can take this up as an ongoing awareness campaign and keep it in the limelight so that there is continuous information available to people.

A social media friend of mine later asked me, instead of making such a hue and cry about the photograph incident of my daughter at the mall, couldn’t I just stop posting pictures of my child on social media? Would that be the best solution? By posting pictures on social media, parents are not doing anything wrong; it’s the predators who wrongly abuse the pictures for their perverted pleasures; so shouldn’t we focus on them? Shouldn’t we expose them? It is rightfully the responsibility of everyone of us to report such acts whether they happen to our child or someone else’s child. We need to bring these predators out in the open so that our children can walk freely.

Even if we stop posting pictures of our children on social media, can we stop our children from walking about freely on the roads? Let’s not forget that children aren’t expecting such devastation when they take innocent steps in life. So while we protect our children from Internet paedophiles, let’s also create greater awareness for all the other children. This cannot be achieved by just a few people; this cause needs the shoulders and hands of all citizens so that together we can outnumber the perverts. It’s the best we can do to make the world a safe place for our children.

The Chilean Poet, Gabriel Mistral wrote, “We are guilty of many errors and many faults but our worst crime is abandoning our children, neglecting the fountain of life. Many of the things we need can wait. The child cannot.” I wish for my daughter to live in a better society where her mother is not so panicked; don’t you wish the same?