On Father’s Day, Filing An IPC FF To Recognise The Father Factor

Though it is often the mothers who share the limelight when we think of parenting, as this writer makes her case, fathers are far not behind. 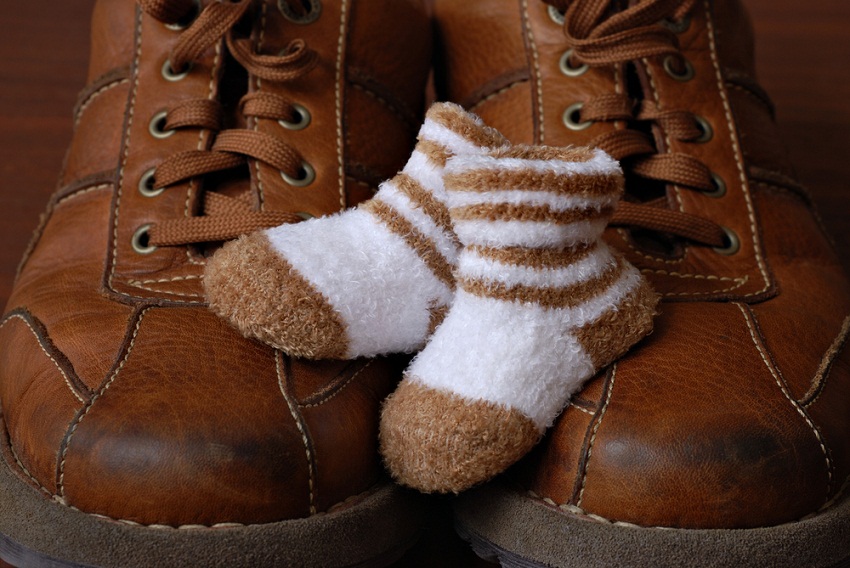 Though it is often the mothers who share the limelight when we think of parenting, as this writer makes her case, fathers are not far behind.

Your honour, I appear with a special case on behalf of half of the world’s population. I place before you the case of the unsung heroes of parenting; The Fathers. This case has not been entrusted to me by the fathers, but I have taken up this case on my own accord, to give credit, where it is due.

I make my intention clear in the beginning, an anticipatory bail against gender mudslinging. This case is in no way intended to hurt the sentiments of any gender by proposing this case as an ode to the unsung heroes of parenting – the fathers. By that, in no ways does it mean that the mothers are hauled down. Parenting is not a see-saw where one parent has to be pulled down for the other to be pushed up. Both parents must and can exist side by side without being subject to a race towards the finishing line of the ‘better’ parent.

When we hear “parent”, it’s a mother who we visualize; when we say that in the plural then we visualize both the gender.

When we hear “parent”, it’s a mother whom we visualize; when we say that in the plural then we visualize both the genders. For decades, much has been spoken and written about motherhood. Most books refer to mothers as the primary caretakers and nurturers. Most of the write-ups in various national and International media have painted a motherly picture for parenting. as if fatherhood didn’t exist at all or there is confusion about the role a father plays in the life of a child after birth.

The Internet has step-by-step instructions on how a father should be a good father. Fathers are often portrayed as a spoiled older child who needs to be taken care of by the wife as the older son while she takes care of the other younger child as well. And when a father does good parenting then it makes headlines on every media and social media; haven’t we heard about Obama’s fatherhood for the past few years?

With mothers taking the larger chunk of the limelight in parenting, where have all the fathers gone? They are right here, right before our eyes; the silent parent who goes about his parenting duties without a shoutout. He doesn’t have nine months of womb labour to scream about nor does he have 18 months of breast feeding to boast about. The bigger share of the tangible parenting is in the mother’s kitty and the intangible parenting is in the father’s kitty. Since the rule of the universe and including that of law is “Seeing is Believing”, we believe in ‘evidence based’ relationships.

Quite often we see fatherhood through the eyes of motherhood; even most of the parenting words like tenderness, nurturing, caring; all sound more feminine. The TV and movie scripts are clearly inclined towards the mothers and I will leave it to the sociologist to provide the explanation to the complication in gender, social policy, and governmental interventions that are at the root of these diverging trends and pejorative TV scripts.

When we talk of inclusion, its mainly gender inclusion towards the women in the work force. Here my case is an inclusion in parenting towards the fathers. A major rethinking is necessary among the lines of fathers. There has been a subtle shift in the season towards including fathers into the parenting circle; because they matter, and matter much they do!

Fathers have been acknowledged and launched as diaper changers, and formula feeders; a new credit in their kitty.

Fathers have been acknowledged and launched as diaper changers and formula feeders; a new credit in their kitty. While mothers have their maternal instincts and are ready with the emotional ointment and caressing massage, we have the fathers exercising their paternal instinct ready with physical kneading and roughhousing gel. A paradigm shift in parenting stereotypes is on already the trend.

No womb, no breast feeding and no career sacrificing; is that what makes the father lag behind in appreciation for the role he plays? Since he has nothing tangible to declare, does it mean he isn’t contributing? It was initially designed that both the parents would work in partnership creatively weaving their love into a single fabric of parenting but as the men went hunting for food and women held fort in the caves, the nurturing of children became the prerogative of mothers. It remained that way for centuries despite there being more contribution from fathers too.

Unfortunately, the socio-cultural fabric still measure fatherly love as financial and material contribution to his family. Therefore some fathers do shy away from loving their children intensely. Fathers who do not express love to their children as much as the mothers do are actually causing an imbalance in the family stability which impacts children in a mental and psychological way.

So what happens to the love the fathers shower on children? The world is so used to seeing the love through the mother’s lens that father’s love goes unnoticed and men don’t shout out to acknowledge their love. Some fathers are unsure if their love should resemble that of mother’s love.

Fathers shouldn’t be intimidated by the sound of utensils in the kitchen giving an impression that there is no living room space in parenting. You are part of both the living room and kitchen in parenting. Goes the idiom, “Last man laughs best” and research has validated it by declaring that men who love their families intensely live the longest.

You don’t have to be a 100% mother to be a good father, you are just fine as you are; remember, there is no perfection. Just like motherhood didn’t come with a manual, fatherhood is also DIY. All of us are Parents In Progress.

Fathers are known as parents who “leap before they look.”

Fathers are known as parents who “leap before they look” ; it is believed that they turn the house upside down if left home alone with kids and spoil them with pampering and so mothers expect them to parent children according to the motherpedia. Well, some fathers did earn that reputation that is now generalized and so the good fathering has also been swept under the carpet for generations. But breaking rules, pushing boundaries and dirtying the house are also part of the fun element, which many fathers advocate. They seem to think that if they have to do it the mother’s way then why it is called fatherhood? Point to be noted, your honour.

Over all, fathers are breaking the glass ceiling, challenging the stereotypes and making great progress. Dads are fitting fatherhood into their careers by taking children to school, chauffeuring them around, catering to their mental well-being and much more.  There are some fully stay at home dads and some hybrid fathers also. Fathers do a lot more than diapers and bottle feeding, so this Father’s Day onward and in all the coming days they need, they need their share of the acknowledgement as much as their counterparts receive.