If true women empowerment meaning is about taking charge of one’s choices, it is sometimes found in women facing the toughest of circumstances who stand for the real definition of Women Empowerment. 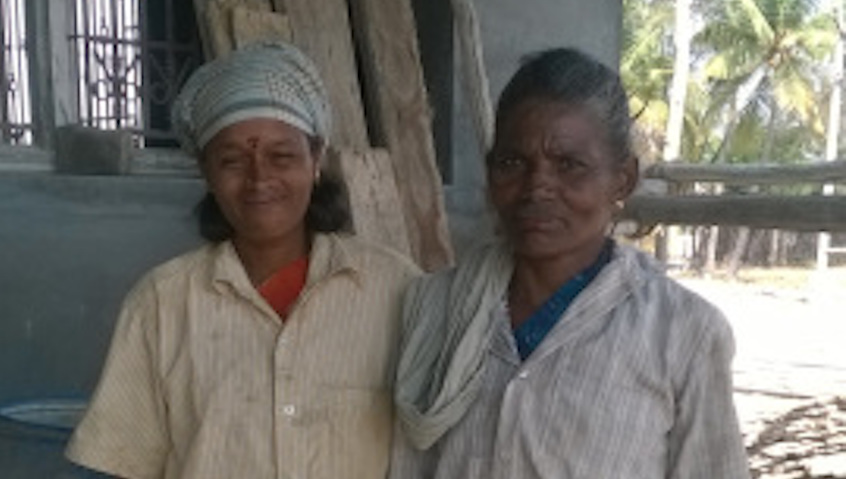 If true women’s empowerment is about taking charge of one’s choices, such empowerment is sometimes found in women facing the toughest of circumstances.

I met Krishnaveni at a construction site in Sulur, a sleepy yet vibrant town in Coimbatore. It was a hot afternoon, with a warm breeze swaying through the trees. In a small place such as this, I learnt the true meaning of women’s empowerment.

Krishnaveni was married off at the tender age of 16 to James Raj. Her alcoholic father couldn’t afford to tend to her, so marriage seemed to be the best solution. Two months into marriage and Krishnaveni was pregnant. The problems had just begun. James was a severe alcoholic, a fact that was kept hidden. Almost every night, he would come home drunk, and what followed thereafter is anybody’s guess.

“He had no pity on my condition”, she said. He would hit her with rods, fling things at her and even sexually abuse her, ignoring her pregnancy. His drinking habit had cost him his job. Krishnaveni hoped for support from her in-laws, but she soon realized it was futile. Her father-in-law was another alcoholic, who had been abusing his wife for the past 30 years.

Krishnaveni delivered a premature baby girl in the seventh month of pregnancy. She lay in the hospital bed; weak and exhausted, hoping her husband would come at least once to see the face of his baby girl. James never turned up. Krishnaveni walked out of the hospital and her marriage, baby in hand.

She moved in with a relative in the same town and worked on a construction site earning a meager Rs.300 a day. Life was tough. Questions were raised about her morality, for having walked out on her husband and home. For Krishnaveni, such loose talk seldom mattered. She was on her own and the feeling was sheer bliss.

As the next few years rolled by, one day she received news of her husband’s death due to liver cirrhosis. Krishnaveni defied all odds and refused to be considered his widow. “What’s a husband, when he seldom treated me like his wife?” Her mother-in-law, Parvathamma joined her soon, having lost her husband too. Thirty years of domestic violence had reduced her to a mere skeleton. Krishnaveni whole-heartedly accepted her into her life. She got her a job at the construction site and even opened a bank account in her name.

They now live with a single aim, of educating her daughter. I asked if she would encourage her daughter to marry later in life. She said,”Of course, but she will make her own choice. Whatever be the outcome of her marriage, she should be prepared to face the consequences.”

The term ’empowerment’ is quite complex in its meaning, with multiple interpretations. I recently came across a discussion on women’s empowerment in a journal. It said, “Women’s empowerment is all about being able to think, take action and control one’s life in an autonomous way. One should gain control over one’s destiny and the circumstances of one’s life.”

For Krishnaveni, life may have given her a sour taste. But she chose to get out of it and not succumb to it, unlike her mother-in-law. She moved on and took control of her life. She was ready to face its consequences. She empowered herself, her mother-in-law and was raring to empower her daughter’s life too.