When I Stopped Accepting The Stigma Against Dark Skin

The stigma against dark skin in India means girls with dark skin often receive hurtful comments. Let's remember: I am beautiful, and so are you. 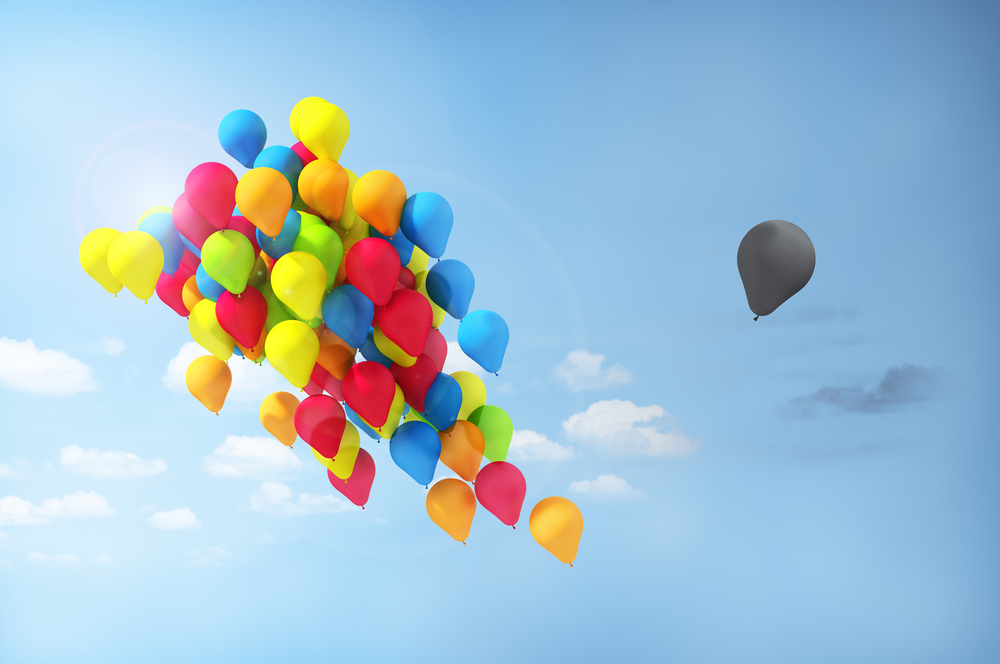 The stigma against dark skin in India means girls with dark skin often receive hurtful comments. Let’s remember: I am beautiful, and so are you.

“Don’t even look at this dress, this colour will not suit your dark-skinned body.” This is what my aunt said when I was looking at a blue coloured dress in a garment shop a few years ago. It was a dark blue coloured dress. I just reached out for the dress to inspect its colour and texture. And my aunt shouted out these words at me. I was aghast and tried to hide my emotions and kept quiet. But eventually, I started forbidding myself from wearing clothes of certain colours.

This incident induced me to ponder upon and recollect many such experiences of the past. I recall one incident from my school days. During the classroom lectures, when there was any reference to the word coal or black pen or anything related to the colour black, my classmates (especially boys) used to burst into raucous laughter while glaring at me. Initially I could not interpret their laughter; later, I realized that the laughter was directed at me as they associated the black colour of the coal and other objects with my complexion to ridicule me!

Furthermore, I have grown up listening to various pieces of advice from elders like, “Why don’t you gain some weight, your skin will glow”. Some advised my mother, “Why don’t you apply a face pack containing gram flour and turmeric on her face?”

During my graduation days, I used to use an umbrella to protect myself from the burning summer. Once, I overheard a comment made by a boy, “What’s the need to use the umbrella? She is such a dark-skinned girl!”

During my graduation days, I used to use an umbrella to protect myself from the burning summer. Once, I overheard a comment made by a boy, “What’s the need to use the umbrella? She is such a dark-skinned girl!” 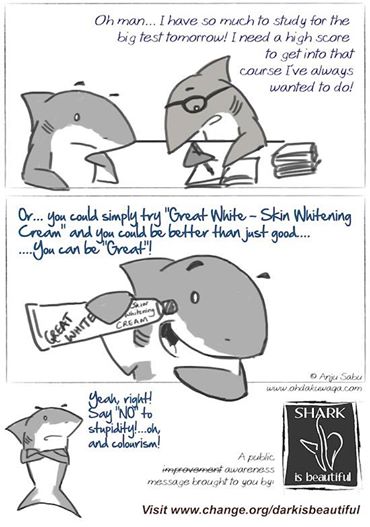 As I grew up, the process of finding an appropriate guy for marriage began. Many boys rejected me on the basis of my colour. Many relatives advised me to compromise as I am a dark-skinned girl. Many considered me an arrogant and too choosy girl who is not ready to compromise despite being dark skinned (for them, an ugly girl). All these experiences completely grossed me out and I used to exhibit my squeamishness and diffidence. I never realized that having a dark complexion is such a societal stigma until then. The stigma of being dark-skinned had got entrenched in my mind to such an extent that I started feeling disgust for myself.

The watershed moment came into my life came when I got an opportunity to work with one of my professors. I think she sensed my lack of self-respect and called me to her house. She asked me a very important question, “Do you have any issue with your dark complexion? Do you consider yourself inferior to others?” I did not have any answer. Then she explained to me about the societal stigma the dark skin carries with it in our society. She said, “If you consider your dark complexion a stigma yourself, something which makes you feel inferior to others, how can we blame the society? First of all, start treating yourself as an individual who is oblivious to race, caste or gender. Start respecting and loving yourself. There is nothing wrong in being a dark complexioned woman. Forget the society. Do whatever you want to do. Wear whatever you like to wear”. Once I heard them, these words were engraved on my mind.

First of all, start treating yourself as an individual who is oblivious to race, caste or gender. Start respecting and loving yourself.

Today, I am an academic associate at IIM Ahmedabad. I am also pursuing a Ph.D. and learning French. I am living my life independently . I am single and I enjoy my independence. I have started looking at myself as an individual and I thought that the society has also become sensitive enough to respect a person as an individual. However, a recent incident disabused my belief. Even today, people judge a person not by his or her demeanour, but by the physical attributes over which he or she has no control.

Recently, I joined French classes. On the very first day, a girl who is a fashion designer inquired about my profession. More importantly, it was our first interaction. I replied, “I work at IIM Ahmedabad.” Listening to my reply, she was completely aghast. After gazing at me and rolling her eyes from top to bottom, she sarcastically asked, “Is it that easy to get into IIMA”?

Surprisingly, in India, home to a third of the world’s poorest people – two thirds of all skin products contain lightening agents.

I want to bring this issue to the fore in the public discourse because it has not got enough attention. Many are unaware of and oblivious to the harmful effect this stigmatization has and sears into the psyche of those who are at the receiving end of their humiliating comments.

In India, many politicians naively make comments, which reinforce the fact that Indians are still obsessed with fair skin. Recently, a politician made a comment on Sonia Gandhi, “Sonia’s white skin had been her ticket to securing the top job in the Congress party. If Rajiv (Gandhi) had married a Nigerian, things would have been different.” One more politician allegedly advised the nurses who were protesting that they should not stage a hunger strike in the sun because it would cause their skin to tan and ruin their marital prospects. These type of comments, in fact, demonstrate the colourism existing in Indian minds.

Hence, I would like to urge all women who have experienced or have been experiencing such stereotyping on the basis of the skin colour, not to feel disgust or disdain themselves. To try to change the rigid societal norms is like chasing a tail. The need of the hour is to resist these stereotypes by breaking all norms regarding what dress to wear, when to marry, whom you should marry and by firmly saying: “It’s my choice”.

Love yourself and live the way you like, and never allow the stigma of colour to become your bottleneck. My ideas may seem quixotic to some of you, but why don’t you give it a try? Lastly, I would like to share with you the lines, which enthralled me from the recent short film, ‘Choose beautiful’ launched by Dove: “Feeling beautiful is a personal choice”. 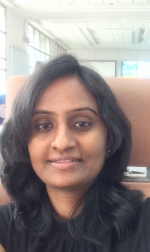 I am a Ph.D Scholar. My area of interests are Comparative literature, feminism, gender and sexuality. I work as an Academic Associate at IIIM Ahmedabad. I have keen interest in reading and writing about read more... 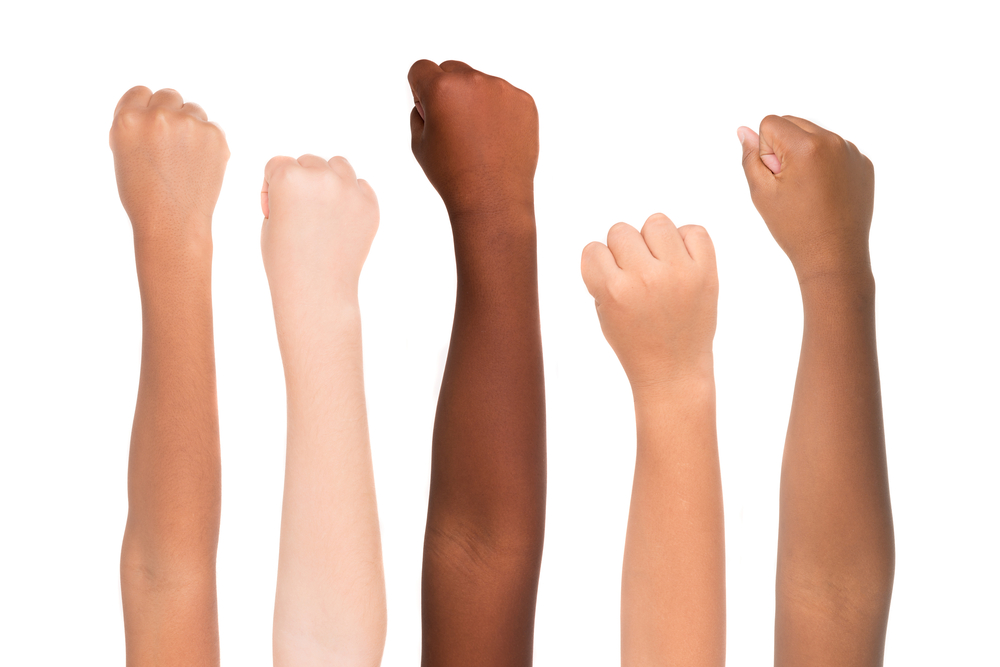 I am the dusky girl in my family and my family is proud of me. From my childhood the demarcation of colour was never entertained in my family.

But, as I entered into the real world, survival for me became a war every time. Every time I faced it my father’s warmly hug and mother’s cuddle were the only places for my survival.

I was actually very conscious of my skin tone since I was very young. It wasn’t in-build and neither was I aware of the different shades of skin tones when I came out of my mother’s womb.

I started becoming conscious about it when I heard the whispers in my ears when I wasn’t even old enough to understand what it meant. All I knew was that their energies and facial expressions told me that there was something uncommon or wrong about me. Those whispers made me feel embarrassed about myself even before I understood what skin tone meant.