Can women be a part of public celebrations too? Yes, if men take a pledge against harassment! 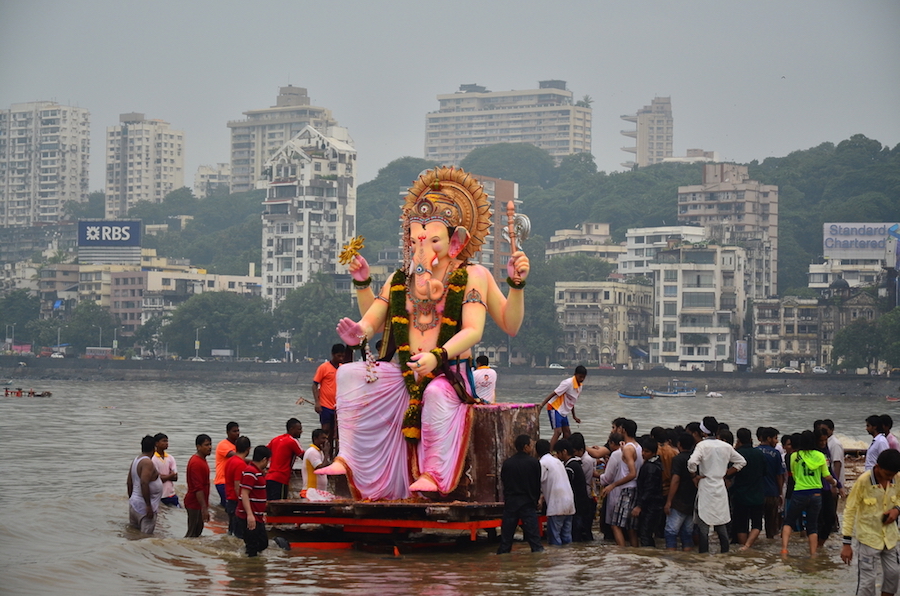 Can women be a part of public celebrations too? Yes, if men take a pledge against harassment!

India is a diverse country; people of all faiths, religions, castes and creeds openly practise their way of life here. Needless to say, celebrating various festivals is an important part of life.

In Mumbai, the city where I stay, it is not unusual to find several places of worship almost adjacent to one another – be it a temple, a mosque, a church or a gurudwara (a Sikh place of worship).

Some of the most important festivals which this city witnesses are Holi (the festival of colours), Dahi Handi (which comprises a human pyramid constructed to break an earthen pot strung above), Ganpati (where the elephant headed-God is worshiped over a period of 10 days), Dassera (the celebration of the victory of Ram over Ravan), Diwali (the festival of lights) and Christmas (the birth of Jesus Christ).

You may now wonder what these festivals have to do with street harassment. You will be surprised!

The festival of Holi is traditionally believed to be a time of celebrating spring as also the divine love of Radha for Krishna. However, the festival takes an ugly turn as people look at it as an opportunity to indulge in all sorts of harassment including pelting women with water balloons as they walk down the street and rubbing colour on women’s bodies, including women who are not known to the men. There have been several incidents where women, who were pelted with these balloons on the train journey, have lost a part of their eyesight or gone bad. Due to such risks, a lot of women, including me, fear stepping out of the house as the festival comes near. Specially, on the day of the festival, I do not leave the comforts of my home till evening after all the revellers would have gone home.

The scene is no different during Dahi Handi. Truckloads of men move from one part of the city to another in their eagerness to form higher and higher pyramids to break the pot and win the prize money. Sometimes, these men tend to harass women passers-by en route; they pass lewd comments and do not hesitate to indulge in absolutely disgraceful behaviour. As a result, women, who would usually have been a part of these festivities to see who is finally able to claim the prize, hesitate to stick around.

Ganpati is my most favourite festival of all – it is when Lord Ganesha comes into our humble abode and stays with us for 10 days. It is also celebrated in a big way on a common platform – localities have a common idol complete with a theme and decorations. Going from one mandal (locality) to another – mandal-hopping – is a common thing for families in Mumbai and it continues late into the night. However, this seems to be marred somehow with the increasing incidences of harassment and molestation against women. In fact, this year the Mumbai Commissioner of Police has asked all the Ganpati mandals to ensure that there is no case of sexual harassment. There are hardly any women on the last day of the festival – when Lord Ganesha is given a teary farewell by the city and exhorted to come again sooner next year.

While the kind of harassment faced by women during Holi is unique to the festival, the one faced during the other festivals is more to do with the sheer number of people out on the streets. The perpetrators of different acts of harassment simply take advantage of the crowds knowing well that it is next to impossible for them to be caught by the authorities. Also, if a woman does raise her voice, say against inappropriate touching, they can always plead innocence under the guise of there being little space as hundreds of thousands of people have descended onto the streets.

What men, however, fail to realize is that women have as much of a right as them to enjoy each and every part of the festivals that is so intrinsic to our culture. Women should not fear stepping out of their own homes worrying about harassment or molestation. If such acts continue, we would soon have celebrations which would feature only men.

Men need to make these festivals and their celebrations safer for women. If each one of them took a pledge to ensure a harassment-free experience for women at each of these events, it would make a world of difference, and not just to the women!