Don't despair! Here is a ray of hope - positive stories from the Barefoot College - an NGO that works for the empowerment of rural women and communities. 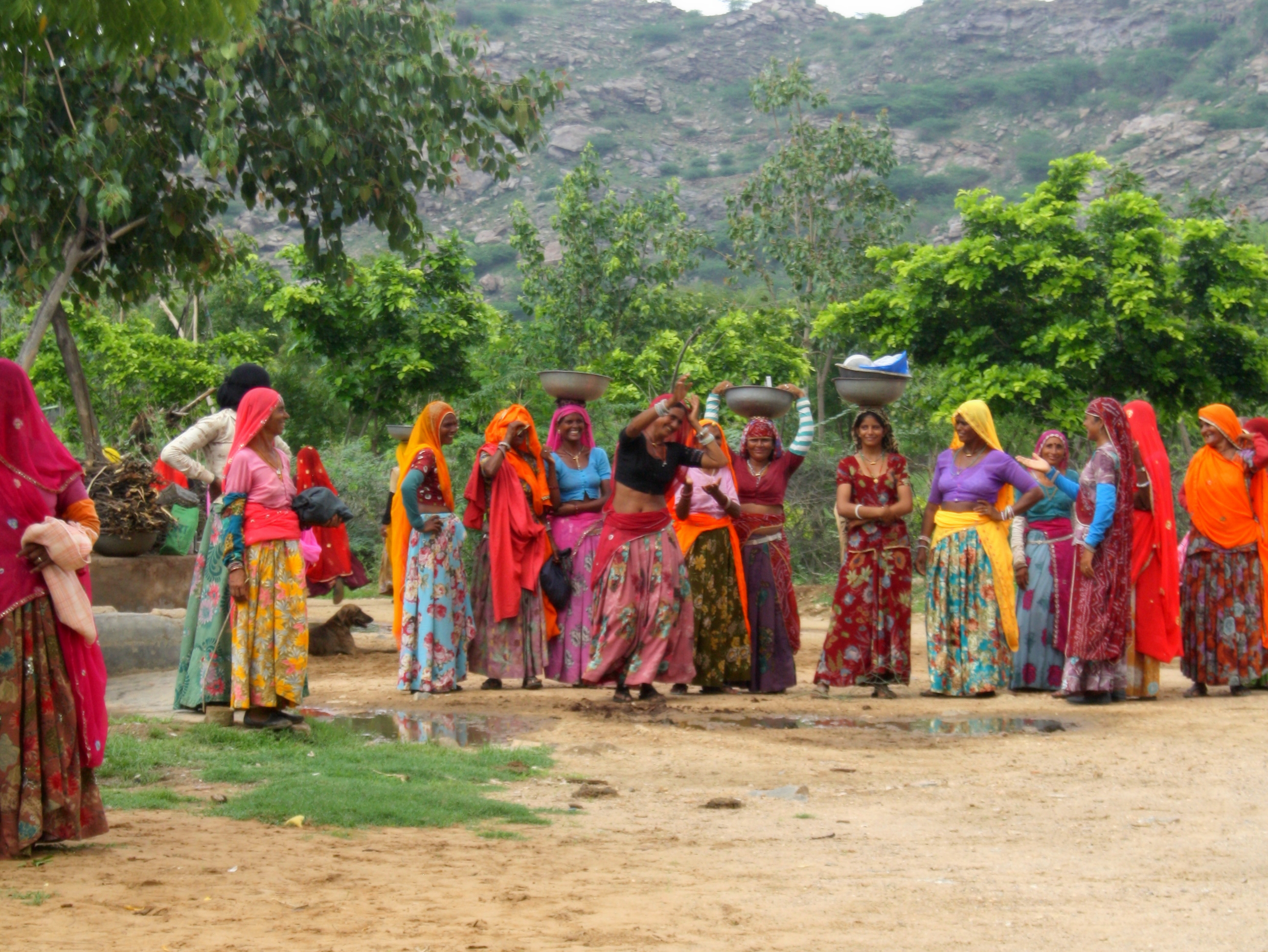 It’s easy to be disappointed with the powerlessness and poverty around us. Here is a ray of hope – positive stories from the Barefoot College – an NGO that works for the empowerment of rural women and communities.

When an old widow, living in a poor village in a backward state of India (Rajasthan)  tells you that she is empowered enough to walk without a veil, talk to men around, and question the gender norms of society confidently, you know positive change has happened, and that positive change is happening…

There have been people around me, pestering me about the fact that I always find a way to find negative stories, of what is wrong, of pain, and stories that tell us the gruesome reality of the lives of women in India. And if one goes through the list of articles & anecdotes I have shared, I would agree that they are not exactly wrong in their analysis. It isn’t that I don’t want to or like to see past what is working, but it is very hard for me to see positives through the atrocities that women suffer around us.

So, the uncertain but curious quest for positive stories took me back to every single page of the diary of my mind. And needless to say, I didn’t find any that had created a dent in my sheet of criticism of gender biases in India. It was only recently that I found something compelling enough to pen down and weave into a story worth sharing. For, positive stories exist but it is rare that something creates a cascading effect so strong that you are bound to say that positive change, on a micro-broad level, has happened.

Empowering rural communities, one woman at a time

As a young social sector graduate student in 2004-07, I had always wondered – what is the dreamland of social work where everything is right (nearly)? And having read and re-read stories of change of an NGO (The Barefoot College) as old as 40 years made me wonder if it was a reality or just a figment of imagination. And it was just recently, after ten years of my looking for a chance to visit and experience that place with my own eyes, that I experienced what can be called the Mecca of the development world.

So here I was – being welcomed by big human-form puppets dancing to a local folk song, as the nearby women working on an NREGA project danced along. The place, set up in a village by the name Tilonia in Rajasthan is one land of heat, poor productivity, and extreme poverty. As I stepped in, I had goosebumps because I knew that I was up for something brilliant in the next few days.

There were women around, who walked down in their traditional attires towards us, asking me where I was from, and why I was there. As I walked around the campus, I couldn’t believe my eyes – how in a place so rural and excluded, women were being trained as solar engineers, as menstrual pad producers, as community radio broadcasters, as experts in nearly anything and everything. The smile of empowerment was worth catching. I couldn’t resist my happiness and it made me jump in excitement.

Women at Barefoot don’t just come from the area of Rajasthan. The ideals on which Barefoot was started has an important angle of inclusion to it. And that can be seen when you experience a Solar-Lamp Training Unit full of aged women from countries as far off as New Papua Guinea sitting along with women from India, getting trained in creating circuits for lamps; fighting the darkness of their lives. Language, literacy, and life issues haven’t stopped these solar mommas (as they are called) from coming down all the way to be trained in a skill for six months in order to do something for their communities.

Similar was the case when I entered the menstrual pad production unit. On a small table were working some six women from different countries, with a woman master-trainer, on the art of creating low cost eco-friendly menstrual pads for women in their communities. Linking it to the medical facilities in the organization, these women were open enough to start a discussion on issues of menstruation with any man.

While the physically disabled and competent woman trainer taught one of us the art of production, her confidence in production management was worth watching. Micro-detailing of every step with strong reasons on the why’s and how’s made me wonder how this must be going down the communities. After all, one woman empowered means five more jumping on the gender equality bandwagon.

After all, one woman empowered means five more jumping on the gender equality bandwagon.

As I entered the solar cooker production unit where women were creating solar cookers and solar heaters from scratch, I couldn’t resist keeping my eyes wide open and getting immersed in every word they said. From welding the units to going to different cities to set up these solar cookers, they were aware and equipped with the techniques and the skills to create things from scratch. From household chulhas to solar cookers, the journey was clear in the charm I saw in their faces, answering every question boldly, going beyond barriers of the patriarchal system.

From the night-school girls reciting mathematics tables after a long day of animal grazing, to the women at the community radio center giving information on government schemes through the station, reciting folk songs along, every step I walked barefoot at the campus made me tremble with joy of positivity. After all, that is what had been missing from my life.

Be it Bhanvri, the bold dentist not scared of blood,or the many solar grandmothers creating those tiny circuits for lanterns – the passion and confidence in their eyes for themselves was worth making me realize the power of one, and the power of all together. For once I saw absolute transparency, non-hierarchal structures where it wasn’t a system that was running the people but the people who were driving the system ahead.

Taking the Local to the world

Just a few weeks ago, I was attending a lecture by Professor Manuel Castells, titled “The Networked Metropolis: Global Connectivity, Regional Discussion” where he mentioned about how we know so much about the globe & so little about the communities in our own nooks & corners. My visit to Barefoot took me back to this lecture where I instantly connected with the local, the local that is influencing the global by little actions and big impacts.

Be it the global solar grandmothers or the child at the night school talking about Barack Obama after reciting his folk song, the capacities of the locals are being taken global and vice versa. What Barefoot today is trying to do is follow and create networks and communities beyond geography, while valuing the local content, local skills & originality.

Be it the global solar grandmothers or the child at the night school talking about Barack Obama after reciting his folk song, the capacities of the locals are being taken global and vice versa

“You can be yourself and still be valuable”, said Ramkaranji (who’s been working there since 35 years). This particular statement was well reflected in the confidence & passion I saw in eyes of every community member, and this is a result of their no boundaries, ages-old relationship with the Barefoot community.

My experience with the development community around the country has been sad. While there are a few sprouting champions, there hasn’t been much progress. Along with that, the way government handles development as a top down model, (especially with women) makes me realize how hard the struggle is. But this visit to the women at Barefoot college reinstated my hopes & faith in the world of development.

My journey back home wasn’t pleasant, I was sad that I was leaving so early from a ground where I could have immersed myself in the knowledge of the local, dropping the tag and the baggage of being an ‘expert’ somewhere much earlier. I was content, though, because I knew that positive change had happened. These women will never be the same. Neither will their families and lives. They are local, yet empowered and enriched. Happy being themselves; rooted & winged at the same time.

“Never doubt that a small group of thoughtful, committed, citizens can change the world. Indeed, it is the only thing that ever has.” – Margaret Mead