Looking Within: Do We Support Other Women?

In which Suchi Gaur argues for a broader feminism where women look within and see whether they are supporting other women positively. 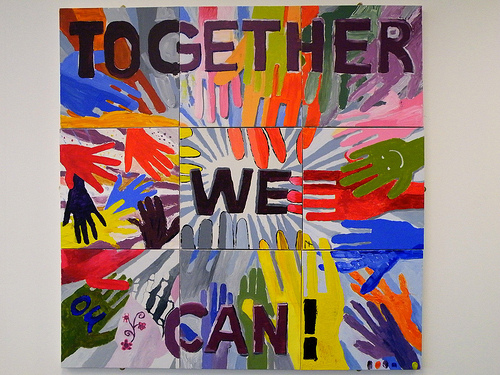 A plotting mother-in-law, the sultry seductive ‘other woman’, the selfish woman in flesh of a saintly friend, the unsupportive husband, the strict father.. looks like we just opened a box of the tele-serial world, isn’t it? Inspired by real life as the world of soap operas is, the fact is that today we are in the company of those few who have spoiled the way everyone else in their situations is looked at.

Feminism, some one just reminded me a day ago is a woman’s thing. Amused as I was, I kept on thinking why is it that when we think of a feminist, we think of a woman who is there raging with anger and shouting out slogans against men.

It is true that those situations used to be there earlier, but today, as times have changed, feminism has moved beyond bra burning and occupy the street kind of movements, and as I say this, I don’t intend to demean the value of them as well. The larger discussion today should be how feminism and the struggle for making women more empowered has a lot of do with women themselves than the men around, who have to indeed play a strong role. But when I talk of feminism, I want to move beyond the whole idea of ‘male Bashing’ and the ‘blame it on your counterpart’ game. I might sound a little more preachy and spiritual here, but the key to understanding Feminism lies in understanding the concept of ‘Standing up for yourself’ and not ‘Standing against someone’.

I was talking to a friend when she remarked that the only way this particular colleague of hers gets her work done in her office is opening the two top buttons of her shirt, her body posture leaning a little more towards male colleagues and flipping her hair right and left as she spoke. While everyone has a right to do what they want, and someone’s dressing up or down should not be a reason to question them or their character, I still fail to understand why that would work more. As for the one who is standing beside in subtle attire, tied up hair, much more talented, the struggles are much higher.

Moving beyond all this, the thing that makes me wonder how ‘one woman spoils it for every other’ is that even those who dress up or dress down and are not trying to signal to their counterparts are looked at with evil eyes. For the women around question her and the men around lech at her.

And this debate continues beyond mere work structures. A friend recently said, “My mother-in-law is not such a typical mother-in-law like the ones I used to be scared about. You know the typical out-of-horrific-family-dramas character”. As she said this, I realized how the general notion towards a mother-in-law has been that she is the wicked character of the family that a girl plans to enter. And that can be attributed to the fact that somewhere the story of that one evil character has spread like a fire in the forest, spoiling it for all the good ones too.

While this one side of the story is on how women blame other women, and mostly one case spoils the image of everyone else, the other side is of blaming men. I overheard a woman talking in a food court a few days ago. “My father had done the same thing, not letting me handle my life on my own terms and my husband is doing the same. I work so hard, day in and day out but no one appreciates, cooking-cleaning-children take up my life.”, she remarked. The discussion that followed helped me understand how we mostly try to blame our situation on others, especially the men and do not take the burden of changing the situation on our shoulders.

There can be numerous examples. And these might be just 10% (an approximate exaggerated figure) of the whole lot, but they create the image for others. The very reason that one bad fish can spoil the life of the ones in the pool is a clichéd statement but a fact here. We need to look into us before we go around blaming our bosses, husbands, fathers. Before we do something that speaks for other women too, we need to stop and think of the repercussions it might have for all the women in similar situations. We need to understand that the first level of change is “I”. Going on and speaking evil of the husband/father for not letting you do a particular thing can happen only when you have rebelled (subtly, that works more) enough and found no solution. Negotiation, after all is a trick women do/can specialize in.

And as I see women demeaning women, judging their every single act, making them fall rather than succeed, I look at the tele serials and realize that the world today looks at others, especially women with shades of either extreme black or extreme white. Grey seems to be absent. And that being true, this is even more in case of women judging women.

Are we as feminists, losing the ground of being humanists? I am just trying to question the culture of ‘male bashing’ and ‘Oh! She is the evil one’ for every single failure of our struggle to question our patriarchal social roles. While there are men who won’t let us work, there are those who will happily support the cause. Instead of painting the movement of empowerment against males, let’s first look inside and question how many of females are against us.

Questions we can ask ourselves before we act and react:

– Who is responsible for my situation?

– Have I done anything to change that situation?

– Has negotiation failed? If yes, should I rebel further?

– Am I being driven or I am driving my life?

– Am I being supportive to other women in similar situations, or worse?

Against or in favour? The classic debate!