Women, travel and safety in India: What progress have we made in enabling women to experience India freely and safely? 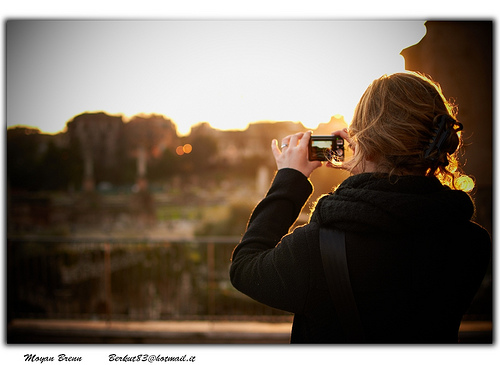 “Take the Women’s Cell number, store it on your speed dial.”

“Put that app on your smartphone.“

“Inform us every time you get out of the hotel.”

“Where are you now?”

“Why didn’t you pick my call?”

I am expressionless. Every single time I plan travel, for work, study or fun, these questions are thrown at me by my parents and other loved ones around. Earlier, as a young girl they used to annoy me; a few years later, I understood their anxiety and now, I am mostly in the ‘same answer for every question’ mode. As a single woman who loves traveling, who wants to witness more of her own country than she sees the world, these questions come as a mood spoiler. I understand their pain, I see the worry, I know I would react like this had I been in their shoes, but then somewhere I don’t get it.

There was this story recently about a married woman being raped by the staff in a high end resort in Kerala, where she was on a work trip. And then, only today I read about this tourist in Puducherry who was raped multiple times by some 12-15 men in groups of two after being kidnapped from a Christmas party she was attending with some friends. And then a story of a woman raped by police officers in a police station. There have been many stories, one every day, acting like a hair raiser for me. I travel alone. Mostly. And when I do that, I see this worried look on my mothers face. I don’t blame her. Given the times in which we live, India especially doesn’t look safe for any woman. Be it me as a citizen, or any friend as a tourist, the questions that surround us while we travel in India (even abroad sometimes) are more to do with safety than anything else. I remember that day on the beach in Sri Lanka when a man looked at me with leering eyes trying to signal to me in broad day light. I also clearly remember every single person in villages in India telling me to not get out of my room or house after 6 pm/dark. I also remember how I was being followed by a group of men in Orissa. I remember that cold night in Madhya Pradesh and my hostel warden telling me to not open the door for anyone, anyone! I remember that dark night in Patna and a shared auto ride I took to my guesthouse that still gives me gooseflesh. I remember those auto drivers who try to act smart. I remember being mistaken for a foreigner in my own country, leered at even more.

These are memories I carry with me on every next trip I go on, especially alone. Harsh as they sound, they have made me stronger and somewhat more vigilant every next time. But every single time I look back, I realize how something serious might have happened, how I just escaped a major life changing moment, how I was lucky enough, how I live in a country where every day I read stories of girls being molested in their homes, of women being raped while on the move, of tourists being subjected to violence and all I see is every incident flash before my eyes where I survived.

Do I have any gyan to share? No. Was I just lucky? Maybe. But the truth is that safety has been a big question that remains unanswered for every woman who plans to travel in India. (I know I sound a little too much against my own country but having travelled to other countries, I know the difference in level of safety.) Situations and questions are not the same when I am in other countries. My parents are a little less scared, the deadlines for being home are a little more flexible and even if I miss a few calls from them, they don’t panic very easily. Their reaction, “Beta, India is India. We know it’s very unsafe here.”

Unsafe in my own home? Maybe that’s the irony we face. I meet women abroad who are smug at the thought to coming to India post the December 16th incident. I stand there with a straight face while my patriotic spirit and reality check tear my heart and mind out and I become numb instead of fighting to give an answer. I know the flaws India has with respect to travel and safety for women. I know I live in a country where if a woman is raped at 4 am, instead of questioning the rapist, all fingers are pointed towards the victim and her character with respect to her being out of home at 4 am. I know I live in a country where safety has nothing to do with being an Indian or a foreigner, with being single or married, with being out on work or leisure, with being on a secluded road or being in a ‘safe’ high-end resort. The safety net seems non-existent.

But what should be the takeaway from these short incidents I carry? Should I stop traveling? Should I let fear take over me and stop me from experiencing my own country? Should I, being a single woman, only travel with my husband after I get married? No. I won’t let anyone fall for that. I have learnt to live with the questions that are thrown at me and I hate to see the worry, but do I expect the system to change soon? No. The situation is getting worse everyday with one or other woman being raped.

Travel and safety are not an agenda for any political party anywhere. The Women’s Cell seems like a useless structure to rely on. What do we have now? Smartphone applications to rely on? What about those women who don’t have cellphones and those places where internet reception is still a question? Speed dials, run for life, learn martial arts, keep pepper spray… do we have anymore survival tricks? The focus remains on from the victim’s side to save herself and not on changing the criminal angle. The reality is that law has failed women every time.

Violence against women is a broad term and while I survive each time, I wonder every single time I am out, if this is it. I am not worried about myself as much as I feel worried for those many women who face these issues along with me. When will the situations change? When will we come out of a phase where traveling for women can be stress free?

Do I sound extreme? Maybe, but this is my personal account. Till then, all I can hear while I am out is “Beta, take care of yourself” while I try to shut out those flying kisses being thrown at me and those leering eyes that literally strip every woman they see. The question remains, is ignoring the only solution we have?