Why Prostitution In India Should Be Legalised

Why Prostitution in India should be legalised (and regulated): It gives sex workers the dignity of work and protection of labour laws 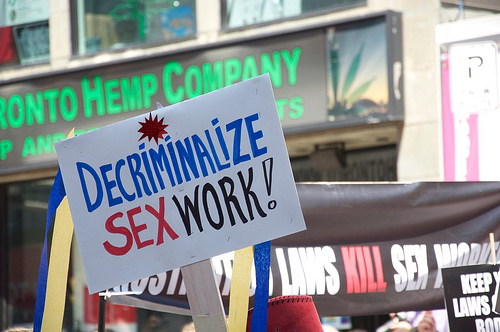 Prostitution has been described as the world’s oldest profession. One of the first forms of prostitution is sacred prostitution where each woman had to reach the sanctuary of Aphrodite and have sex with a foreigner as a sign of hospitality for a symbolic price. In India, it was practiced extensively, so much so that Kautilya mentions it in his master piece ‘Arthashastra’ written around the 4th and 3rd century BC.

In South Asia, a tawaif was a courtesan who catered to noble men, especially during the Mughal Period. The tawaifs would sing, dance, recite poetry and entertain their suitors at mehfils. Their main purpose was to entertain their guests and sex was not always a part of the contract. High-class or the most popular tawaifs could often pick and choose between the best of their suitors. They contributed to music, dance, theatre, film, and the Urdu literary tradition.

Today the world’s oldest profession remains sketchily legal in India. Prostitution is legal under certain conditions but, a number of related activities including soliciting in a public place, kerb crawling, owning or managing a brothel, pimping and pandering are crimes. The current law allows prostitution to thrive but attempts to hide it from public.

The primary law dealing with the status of sex workers is the 1956 law referred to as The Immoral Traffic (Suppression) Act (SITA). According to this law, sex workers can practice their trade privately but cannot legally solicit customers in public. As long as it is done individually, voluntarily, sex workers can use their bodies’ attributes in exchange for material benefit. The Indian Penal Code (IPC) which predates the SITA is often used to charge sex workers with vague crimes such as “public indecency” or being a “public nuisance” without explicitly defining what these consist of. Recently the old law has been amended as The Immoral Traffic (Prevention) Act or PITA.

Currently, prostitution is not regulated. Soliciting sex is an offence though practising it ‘in private’ isn’t.  And more often than not, clients are criminalised and prosecuted. Organised prostitution isn’t allowed either. Also, Indian law doesn’t recognise male prostitution. Unlike the case with other professions, sex workers are not protected under labour laws thus, making it uncontrolled, unregulated and very unsafe. And this is not counting the huge amounts of human rights violations and human trafficking that is a part of this illegal state of happenings.

Prohibiting prostitution isn’t going to stop it from existing. Until and unless it is completely eradicated, which by and large is a very far stretched idea considering its existence and practice since ancient times, proper legalisation and regulation of prostitution will not only benefit sex workers but also the society as a whole.

Most of the girls in various brothels come in through human trafficking. A firm, liable to the higher authorities, must be established, where every sex worker would undergo an interview with which her views, ideas, choice would be taken into consideration and only then can she she work in such an environment. If found forced, then the dealer who brought her could land up in jail. Secondly, regular and surprise inspection must take place. During such inspections, if revealed during conversations with sex workers that appropriate money is not being given then the brothel could be shut down and the license cancelled. Thirdly, as they also constitute under the domain of ‘ workers’ so they must be protected under labour laws, given aadhar cards, various rights under the law, voter identity card, etc. Fourth, they shouldn’t be denied the basic human rights conferred by the constitution and various central govt schemes.

If prostitution is ‘properly’ legalised, it will help control illegal human trafficking, help fight HIV/AIDS and other STDs which are rampant in India. It will ensure better living conditions for sex workers as well as their children. Most importantly, it will give sex workers protection under labour laws. At present, they don’t have any rights and as such are forced to lead miserable lives. If the law recognised it as any other profession, violent clients could be taken to court which at present, is not possible. Brothels could be issued proper licenses and therefore regulated. Other positive points are revenue generation, choice of profession, less trafficking, better health conditions due to awareness, acceptance to achieve equality in the society, optimum satisfaction level of living in a country, employment, more of external finance to overcome the deficit, security, tax revenue and many more! Legalising prostitution will regulate the trade and help in curbing down the way HIV spreads in our country. It will officially recognise those practising it and entail them to basic human rights which they are denied till now.

Sex workers will be more respected and less abused. They will be raped less and there will be less number of reported rapes. They will be pimped less and will receive better health care. They can openly talk about their profession and not be ashamed about it. They will receive benefits from the central vis-à-vis state government. They will no longer be treated as second-class citizens because legally they will be bearer of rights. Regulation must be implemented properly in consultation with the sex workers. This will ensure good working conditions can be legally enforced, thus reducing exploitation. It will improve public health, increase tax revenue, help people out of poverty and get sex workers off the streets.

It will drive a lot of pimps out of business; women and men alike will work of their own accord and not against their wills and desires. It may also lower some forms of crime. Without legal protection, exploitation will remain unpunished, just like in any other unregulated industry. Sex workers must be directly involved in this process, they have a right to political participation.

When abortion is legal, so should be prostitution. The ‘my body, my right’ argument should apply here too. Moreover, morality is subjective and as long as no one is being forced, it shouldn’t disturb anyone. Sex work is a human right; it’s as respectable as anything else.