Why do so many men believe that a No is a Yes? We need to start with teaching boys that a No means No. 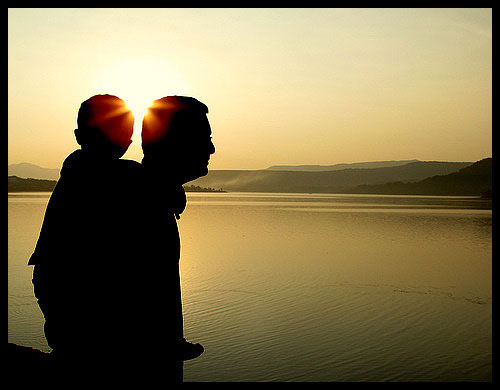 No, I tell my sonny boy, don’t do that, as he badgers the car, and looks up and smiles and oh what a cherubic smile and I take him in my arms for a tight squeeze as he continues to badger it some more.

No I tell my betu, come down, as he monkeys up the window bars and tugs at the curtains and I tell him to be careful as he might hurt himself; the curtain rings come apart as he pulls at it too hard, the second time in fifteen days, and I tell him betu stop, but he continues to climb, my monkey baby, my own Spiderman, what a storehouse of energy.

No, I tell my champ, you shouldn’t, as he rides through the flower bed and I point out the sign close by that says it is not allowed; he continues to ride on,  he probably doesn’t hear me in the din and exhilaration, but just look at the way he negotiates that hedge, my awesome little boy, what remarkable balance. No, I tell my Shona-mona, give it back to her, as he snatches a friend’s soft toy and continues to fiddle with it and sticks his tongue out and cracks up as he twists its arms while the friend protests. Some crazy playtime imagination he has, my baby, just look at him and his peals of delight.

No, I tell my darling, it’s not your turn yet, as he pushes the younger boy off the swing and places himself there; there he goes higher and higher. Someday, he will reach for the stars, he will, my darling.

No, I tell my invincible one, you’re too young for that, as he tells the driver to move his butt aside and to let him roll the car out of the gate today; he starts the ignition and he’s moving the car, OMG, my son is actually driving, I can’t believe it! and I rush in to post the click on Facebook; there cannot be a prouder mom of a ten year old in the world.

No, I tell my birthday-lion, there are others before you, as he bypasses the queue for the roller coaster ride and he shouts back a he-can’t-wait-that-long and pushes on and I can’t help admiring his unfazed confidence.

No, I tell my raja beta, don’t fret and try this once, as he refuses to sit for lunch because there’s no chicken and I tell him I wasn’t feeling too well so couldn’t, and he picks up some Coke and Lays instead and I feel bad for having disappointed my poor baby who’s had such a tiring day at school, so I drag myself out and get some chicken ready for him. Anything to see that smile back on his face.

No, I tell my techie-star, don’t always lock up your room, as he slides behind the door and bangs it shut and I know he must be about to start playing his favourite game again and I feel it’s okay to let him be after having dragged him along, much against his wishes, to visit his ailing granny.

No, I urge my Albert Pinto, don’t react like that, as he argues with the ticketing staff at the multiplex over a preferred seat; that man doesn’t even try to give him what he wants, and so you-meet-me-outside-I-will-show-you gives it back to that asshole, my boy. What raging hormones, I see; he knows to give a good fight for whatever he wants.

No, I want to tell my apple-pie, take deep breaths, as I see him getting impatient and loud and angry at little little things but he’s a big boy now, almost a man – how handsome he looks, girls at school must be dying to get his attention – but he no longer listens to me.

No, wait, I cry out at my hotheaded superman, where are you going, and run behind him as he storms out of his room and the house yelling that-fucking-bitch, taking the car keys along. I don’t know what has happened; he looked fine when he returned from college this afternoon. I hope he is okay…will everything be okay…

Frightening, and familiar. Is it?

We’ve raised generations of boys and men showing them a No means a Yes.

About time we began with a full stop.

No. That means just that.

Richa Jha is a picture book enthusiast at Snuggle with Picture Books and an occasional writer at Richajha.com