A woman who knows it all - who can speak for herself, is still seen as a threat by many men, who prefer 'mental virgins'. 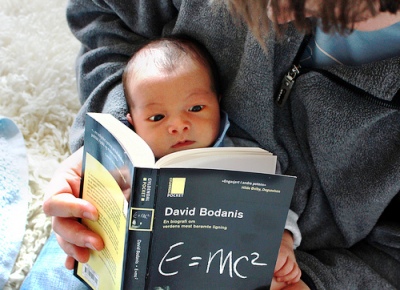 Over the years, virginity for girls has been a much talked about phenomenon. The whole world discusses how a woman is impure just because a tissue is broken before marriage, and it seems to be a “you are tarnished for life” stamp put upon women. And while the whole feminist brigade and the cultural/religious self-proclaimed social gurus debate the sanctity of women and their conduct viz-a-viz the absence of a hymen in the body, I here am going to discuss a very different kind of virginity debate that is doing the rounds around the educated men I come across (educated, not civilized and human if I may say so).

There was a joke in our college days regarding the debate around virginity. We used to call it the “Issue about a tissue”. Being in an all-women college made me somewhat of an extrovert, when it came to discussing these issues around men. On the one hand, while female friends who used to study with boys thought it was weird that I was openly discussing virginity & menstruation, condoms and contraceptives, to me, it was more to do with opening a social dialogue than the fact that I was in an all-women college. 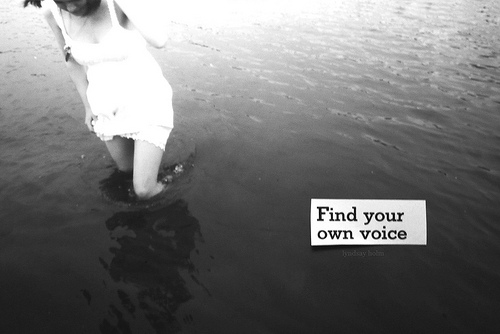 And so, this brings us to the classic point of “the woman who knows it all”.  The woman who knows how to drive her own car, pay her own bills, pick up her own gadgets, buy her own stocks, change the tire of her car, manage her money on her own and on top of it, knows what she talks, means business! The woman who is mostly tagged as a ‘Feminist’ or let’s say, “a little more masculine (haha!)”  just because she doesn’t need a man to do these tasks for her. What is her fault? Just this much: that she likes to do it for herself what the world expects her man to do. She voices her choices and opinions and stands by what she finds is right even if that means disobeying the man of her life.

The woman who knows the political scenario of India, as much as she knows how to book a ticket to fly down the next day. The woman who can buy her own bread and also who doesn’t take any shit from anyone. She is sensitive but she likes her life her way. Oh, of course, she takes your opinion and will follow it too, only if she thinks its right for her. In short, she is the one who wears the pants (in real), respects you for wearing yours but doesn’t mind doing things that are considered to be only a man’s domain. We all know women like these around. And we all know what the world brands them as.

On the other side of the continuum exist those kind of women who are, let’s summarize it here (before someone stabs me with a knife for stereotyping), ‘the mentally virgin”. Our television and film industry have survived because of these women (characters). Let us consider something shown in the movie Vivaah (in the form of the character Amrita Rao plays). While our movies and tele-serials love such proper, homely characters, our men out there today want such characters in real life too. You don’t agree? You might agree to the next statement.

“Have a girlfriend who knows it all but marry a girl who is (mentally) a virgin.” This is what my friends tell me in twisted words. They look at this strong female and would love to date her but when it comes to taking a girl home, she has to be the one who would adjust well in their households, fulfilling the characters that tele-serials have fixed in the minds of their mothers, families, or more so, them too. A friend of mine (right now working as a top official) once pointed out how it was important for him to marry someone who would shift bases with him, who would, when time comes, sacrifice her career and sit down to manage the family and look after his kids, who has more a ‘school teacher’ (this was the real dialogue and so I am not demeaning here but that’s the mindset) kind of job.

Lets look at the movie Cocktail starring Deepika Padukone and Saif Ali Khan along with Diana Penty. Very strongly, though Saif’s Character loves Deepika’s outgoing, outspoken, over the top, know it all character, he truly, deeply falls for and wants to marry the salwar kameez wearing Diana’s character. Even an Indian living abroad craves for a Sati-Savitri desi woman. There might be a lot of interpretations that people might have of the film, but to me the moment Deepika tries to copy Diana’s character’s feminine (as they term) habits just to fit into the shoes was a low point where the movie just fell in my mind as yet another sad story. And this is reality.

Ask any educated young guy. And he will gladly agree that while he would enjoy dating a girl who is outgoing, he is scared to marry one, because “God knows what all she knows!” or “She has an opinion about everything!” Hypocrisy in its classical ways?

The debate here isn’t if she will fit in any so-called frame or not. I mean we all have seen women who know it all yet balance their homes well and also seen examples of the mentally virgins creating an imbalanced family life. But the debate is, how can a woman’s love for let’s say, Indian politics, come in the way of her becoming a good wife? How is it that if a woman talks about contraception, men look at her as if she is a slut? (no really, that’s the word they use). How is it that on one hand you will happily date such a woman but when it comes to marriage, you crave a mentally untouched unaware person whom you can twist and turn, mould in your own way?

I am nowhere preaching anything being wrong or right. But I truly fail to understand any logic here when I meet men who tell me these things. And I happily accept and love those women who choose not to marry over marrying somebody who doesn’t value them for what they are. What is the reason for more and more women choosing not to marry at all? After all, marriage is all about respecting each other the way they are. And if that is not gained, it makes it just a question of social sanctity. A license to do things, which only married people are allowed to do in the country. There is a larger debate associated: the cycle of women being tagged and dragged into socially acceptable and unacceptable roles is very much defined by such things.

It is at the end of the day a man’s own choice: Mentally virgin or “The one who knows it all”. Let him decide that. But, while I decide what I would respect more in a man, I would any day value a guy who sticks with one choice rather than having his feet in both the boats!