Trained as she is from childhood, a girl needs to try very hard to rebel - rebellion doesn't come easy to most Indian women 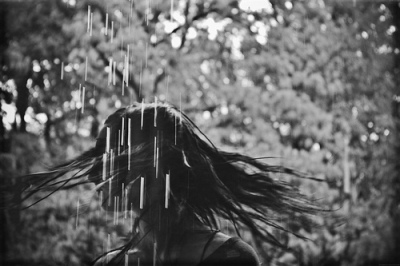 I am born. I hear cries of “it’s a girl, it’s a girl! Everyone is happy (I think…). I meet my mother. She looks at me with doleful eyes. Why the mixed emotions? Other people come to me and perform traditional and religious ceremonies. I am loaded with flowers, new clothes, gifts and shagun (money).

I am 3 years old. I wear frocks and play with Barbie. I dress her up, she is pretty. I want to be like her when I grow up. Papa says: I am like a doll.

I am 5 now. I go to school. Convent school. We learn, pray and learn. I want to play outside. But, it’s dark now, says Mamma. I play with Dhruv. He is my best friend. Papa tells me to call him “Bhaiyya”. But he is not my brother. I wonder… I enter my teens. The school uniform changes. We wear shalwar kameez now. But we did wear skirts before. Why the sudden change. It’s so hot. I wonder…

Today we learned something new at school. Periods. Mamma says: be careful, and don’t talk about it in front of Papa. I also have to wear a bra now. I don’t like it, it hurts me, it’s too tight.

Mamma says I am a big girl now. But they don’t let me go out on my own. I should sit with closed legs and behave properly. I also help in the kitchen now. I can make tea, Maggi and chappatis. Mamma took me to a beauty parlour. I didn’t like it, it was so painful. Why do I need this? Don’t I look okay already?

School trip going to Shimla. I want to go. Papa says no.

I score 85% in 10th boards. Papa is so proud and Mamma is crying with happiness. They tell everyone neighbours, relatives and friends. I get new clothes.

I study English Literature. I learn a lot of different things. Mamma doesn’t like some of them. She says it spoils the mind of an innocent, sweet girl like me.

College trip going out again. I plead. This time Mamma supports me. But Papa says, it’s dangerous for young girls to go out alone. I keep quiet.

I graduate with flying colours. Gold medal from the university. Mamma and Papa are very happy. I want to look for a job. I want to write. I want to study further. Abroad. No.

Papa asks what are your future plans? Marriage: Love  or arranged? No option.

A fair, homely, convent-educated, bright girl looks for a teetotaler boy from decent family with a handsome package.

But I don’t want to, do I? I wonder … Mamma said I will start a new life, I should be obedient and dutiful.

Study further: Yes  or No.

Marriage: Yes or No.

I try to rebel. TRY. REBEL.