A Matter Of Choice, Or Is It?

Do men in India have more choices than Indian women? Or does society force men also to conform to expectations? 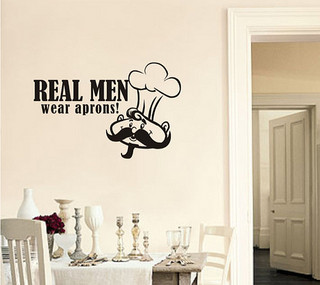 Login to Facebook on any day and you will see at least one post in that day’s feed that tells you about the choices that women have to make. The choice to work or not work, the choice to bear or not bear kids, the choice to marry or not marry, the choice to travel or not travel, the choice to lean in or lean out (since that’s the latest term now-a-days) and so on. Makes me wonder; isn’t it better to be a woman and have all these choices, than to be a man and not have any of these?

I know at least two guys who want to have these choices, but don’t. Society traps them with the expectations of what a normal male should be, behaviorally as well as economically. Here’s looking at a few of them. Study more or study less – So you just completed your graduation and couldn’t get a great job. Are you now wondering whether to study further, or maybe go in for a masters abroad? Well, if you’re a female, chances are that you are given this choice. But if you’re a male, and that too from south of the Narmada (I’m still showing after-effects of reading the Shiva Trilogy), chances are you don’t have this choice. If you’ve not already landed the best job in town, hook or crook, loan or scholarship, you study more. (The trend is now catching up in the north as well) Unless, of course, you want to handle the long list of relatives who ask you why you are not yet working at one of the top MNCs.

To marry or not – Ladies, you thought you were the only one not given a choice when it came to marriage. Well, here’s some news, the guys are not given a choice either. Just a quick mental exercise – how many females do you know in the age group of 30-40 who are not yet married? Now how many men do you know in the same category? Not too much of a difference, is there?

Kids or no kids – This is one place where the balance does tip in the favor of women. Because, men just aren’t created to produce babies or breast-feed. But if you thought all that pestering for kids by parents, relatives and the dozens of well-wishers happened only to you, well, men get their fair share of it too. In fact, a friend once confided how he was given “tips” by the “well-wishers” in his family on how to make sure they have a kid in the next one year. As for the break after having a baby, maybe guys would do it, if only it was more accepted in our country. I know an ex-colleague who worked from home for quite some time after their first baby was born, while his wife joined back to work. Of course, this was not in India.

Office or home – This one you have to admit, we women have a choice, but men just don’t. Society, relatives, friends, they will all hound them like a pack of dogs till they are forced to get back into the nine-to-five routine, whether they like it or not. And the poor fellows don’t have options of freelancing, part-time, or work-from-home either. They might be born nurturers, but they are forced to “go out and do the man’s work” (pun intended).

To travel or not – As females we have many reasons for not embarking on work related travel; kids, in-laws, PTAs and so on. I have seen an ex-colleague refuse to travel on a weekend since there was a school project to be handed in the following Monday. I am not judging her. We’ve all had to let go of those travels since there was some other work to be completed during that period. Indeed, I am myself guilty of it. But it just makes me wonder whether men can ever give the same reasons. Expectations straightjacket them to be always be available for any travel, cocktail parties and business dinners, or risk being the outcast.

Lean in or lean out – Men are forced to lean in. A guy who leans out at work goes out of the door. Society makes excuses for a female who leans out. One may argue that this is changing. But in my experience, I have generally found people more accepting of a woman who doesn’t want to climb the corporate ladder, than a man who isn’t pro-active enough.

I know I’m raking up quite a few outbursts here. But honestly, just put away the feminist cap, and for a moment think. Is it really true that we don’t have choices? I agree that in a patriarchal culture like India, a lot of what I have said above come as rights to men. But have we considered whether they want it or not? Men are as trapped with choices, or the lack of them, as we women are. Society puts all people, men as well as women, into pre-defined brackets. The irony is, it’s only women who are trying to break out of these.

What society needs is more men who show the inclination to break these boundaries. For it to be a fight for equality in the true sense, women as well as men should fight against societal norms at large and break the gender stereotypes that shackle them. That is when equality would be really meaningful.

It’s like a friend of mine once said, “I would be glad if my wife wore the pants in the house, provided people let me wear the apron in peace.”

Note: These are totally my own thoughts and I would love to hear your take on them.