When And Why Do Women Stop Learning?

Do Indian women fear technology? Indian society encourages women to live in a culture of dependence and outsourcing; it's time to break out. 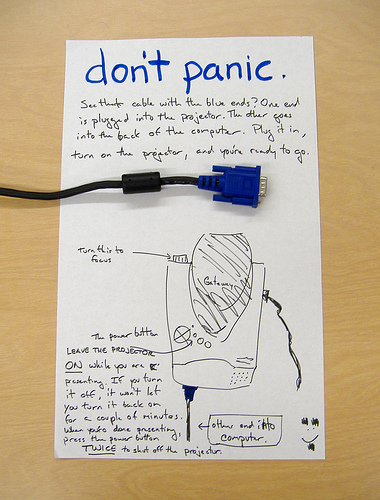 A friend needed to travel recently. Her dates were fixed, her plans were made, her friends at the other end were eagerly awaiting her arrival, martini shaker to the ready. There was just a small problem. The lady didn’t know how to book her airline tickets. She had never done it for herself, and didn’t know where to begin. She didn’t know what was meant by online booking, and had never heard of something called IVR. She had to wait for her husband, a man in an eight to eight kind of job, to find the time to book her tickets for her. I offered to help but she declined out of fear of a botched reservation.

My aunt, now in her early sixties, does not know what an e-reader is. She is a bibliophile and goes through two books a week, but her selection is limited to the availability of books in India. I wickedly told her to upgrade her reading technology to read Fifty Shades of Grey. ‘You don’t want to be seen carrying that around.’ But she didn’t yield. She was a schoolteacher and retired recently from one of the best public schools in the country. She taught an army of bright kids during her tenure, but apparently their sense of exploration didn’t rub off on her. At seventy nine, my neighbour is sprightly and independent. She lives alone, travels all over the country and overseas by herself, and shows a keen interest in the art of quilt-making. One of her daughters lives in Europe. She has two grandchildren, the older of whom is studying in a university in the US. My neighbour almost proudly declared that she doesn’t know emailing, and maintains only sporadic communication with her daughter’s family. ‘If you ask me to write a letter, I’m happy to. But I can’t learning anything new at this age,’ she declared. Her daughter brought an iPad for her on her last birthday, but she hasn’t even opened it once.

The Indian environment of dependence and conformity encourages women to live in self-sufficient cocoons of backwardness. Our culture of outsourcing has dug such deep foundations in our psyche that we find it difficult to adapt to anything new. This is especially true of women who are led to believe that it doesn’t matter if they can’t do something for themselves. There are always men around, or servants around, or service providers around, to do it for them. And to hell with being self-sufficient or aware.

Are all women like that? Absolutely not. Mrs. Patil (name changed) heads a voluntary organization with over five hundred employees. She communicates with them through SMS and Whatsapp, is adept with social media and has downloaded all her favourite apps on her iPad. Mrs. Patil is going to turn eighty next month. There’s a seventy two year old writer who has been typing all her manuscripts on her laptop for the last ten years and insists on being involved in the discussions about editing with her publishers in another city. She allows no intermediaries in her professional work, and handles all her own correspondence through email and social media. She also hosts a blog about the art of writing, and has mastered the skill of replying to all her fans individually.

One of the tools used to pull down women is technology. Society holds it against them that they are so behind in using the latest gizmos. And it is true that many women haven’t gone beyond the era of changing light bulbs. On the other hand, there are legions of women who manage not just their own, but also the lives of their families using the latest technology. Clearly, it is not a capability issue. Rather, it is an issue of context. As long as one believes that something is dispensable, one doesn’t invest in it. In today’s world, however, the list of things that are becoming dispensable is growing shorter as far as technology is concerned. Isn’t it high time Indian society dealt with this new paradigm suitably – by training its women to be independent?