Elderly women don't need your pity or disapproval, they need to be able to live wholly and have fun. Let the oldies be themselves, says this post.

Elderly women don’t need your pity or disapproval, they need to be able to live wholly and have fun. Let the oldies be themselves, says this post.

My neighbour is a sixty year old grandmother. Her hobbies are Bollywood dancing, fitness, and card parties. Every week, she enthuses her friends to join her in some mad enterprise, something that isn’t even remotely close to the old age Indian preoccupation with bhajans and satsangs.

On no scale is Mina Behn ‘modern’, which is what such women get billed as. She is semi-educated, a confirmed homemaker, and has never worked in any professional capacity. All the other women in her group, in her age bracket, have started turning their mind to things ‘spiritual’.

At the other end of the spectrum is my other friend, also sixty years old, a management professional, a widow, whose non-working hours are spent in taking up various hobbies, gardening, creative writing, leading professional women’s groups, networking to find more and more work-related avenues for women like her, women who are perpetually in the market for skill development. Both these women are very, very distant cousins of women approaching old age in India.

Nowhere in the world is sixty now considered ‘old’. Hilary Clinton got her first innings in politics at sixty. Sonia Gandhi was just a few years short of sixty when the Congress Party came to power at the centre in 2004. Kiran Mazumdar Shaw, the poster girl for the new generation entrepreneur in India, is sixty-one. By no stretch of imagination can these women, and many more like them, be called old. They are at the zenith of their intellectual capacity, and have clearly got many productive years ahead of them.

So what is the difference between these women and the hordes of women we see in India who are convinced that reaching a certain age is their ticket to permanent retirement?

So what is the difference between these women and the hordes of women we see in India who are convinced that reaching a certain age is their ticket to permanent retirement? The fault lies largely with society, and its stereotyping of its members. We still consider men to be the providers and women their supporters. Women are expected to live in the shadow of their male providers, and follow such pursuits that don’t clash with this role.

Developing hobbies and professions that are independent of their families is still a taboo. The only avenue that is acceptable is religion. Religion is supposed to pose no threat to the family order and therefore considered a valid occupation. Therefore, one can see groups of women attending satsangs and bhajan parties in their free time. One doesn’t see them during happy hours in bars and restaurants, or in art galleries or libraries or in dance classes or avant-garde theatre.

The fact of the matter is, we don’t want our senior citizens, especially women, to have fun.

The fact of the matter is, we don’t want our senior citizens, especially women, to have fun. We don’t want them to be sexually, materially or professionally active beyond a certain age. In every society, there are certain exceptions – like my friend, and Mina Ben – women who make no bones about being their own person, having their own hobbies and pursuits, charting their own way through life. They do it at a price, the price of social censure. But for the most part, we see women languishing in the shadows, making no move to contribute actively to society.

Things are changing now, but at a glacial pace. I’m waiting to see the day when women demonstrate to society that they are not spare wheels, but active members, even at an older age. History Society, anyone? 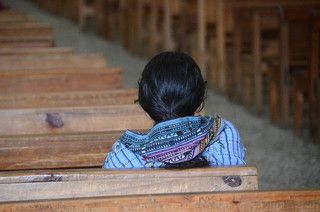