A Daughter Remembers Her Father

A daughter writes about her relationship with her father and shares the lessons she learnt from him. 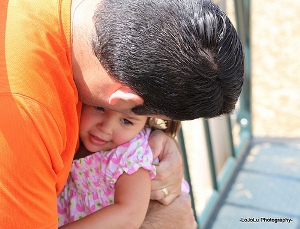 There are boxes that just lie around the house; we seldom open them. Time passes like breath, unnoticed. Time passed through so many breaths; some unnoticed and a few loved. A dear friend wrote about her father. In just an unnoticed moment, I thought; what is that I would want to write about my father.

My father reminds me of a pungent smell. I still remember that smell, something so strong and old. He was 5 feet 8 inches. A good looking sun burnt man, very assured of himself. That was how I saw my father 17 or 18 years back. So much time has passed it amazes me, yet he still remains the same. That is the gift of dying young; no one knows how you would look when you grow old.

Writing about my father is like cleaning a dusty photograph. Over the years, my brother and I never asked about him. It is not because we have some deep pain; it’s just that, somewhere we understood that everyone talking about Dad has an agenda involved.

All my growing years I have learned to live without a man. It was a natural thing for me. Growing up, I had friends, I do not know whether it was consciously or unconsciously none of my friends discussed their Dads with me ever, (I realize it now). My friends had some kind of deep acceptance of my life, as if an unsaid bond signed.

My brother was born almost 7 years after me. For a long time, we were just 3 daughters. Never in any moment, have I remembered that Dad was displeased with this fact. I guess the first man I knew, who was happy with it. We were never denied anything because we were girls, or brother given an ounce more because he was a boy. I guess in a patriarchal society when men are liberal, things are easy.

Dad was the most fantastic driver I ever knew. No matter how far we went, it never felt stormy. As a child I would watch those little sparrows while the car traveled. Each time I counted those sparrows I thought that I kept counting the same sparrow. They all looked same, just like people I met later. They always managed to look the same. It was an amazing experience for me. At winter nights, while coming home, we three daughters had Dad’s Naga shawl. I always fell asleep. Now it seems like a dream, cascaded in glass; forever young.

Dad was never a man of fancy things; he hardly had too many things himself. Born and brought up in a village; he was a self made man, very earthy. Guess being his daughter despite all these years of city life, I retained that earthy flavour in myself. Now that I am growing up, facing the world first hand, there are conflicts and questions. Dad too must have had his, but he was Dad, you would never imagine.

After brother was born, we 3 girls would sleep together in the new big bed. Every time Dad went to the washroom at night, he would wait for some moments to see us sleep. With his own struggle to live and to provide, maybe his children were his purest part, his nearest contact with god.

I still remember once when we had to go to a wedding. Dad had to go to Sadiya for some work. He came back late and said he was late because there was no ferry. He came by a boat. That whole story of Dad coming on a boat remained with me. I just knew when I grew up; I got to travel by boat, cars, foot, air and trains. And yes Dad, I traveled by all and loved it.

When there were floods, Dad would put a lot of blankets and cushions in our veranda. Lots of people came, stayed and left. He was a good man, known as compromise lawyer. He would make the parties quarrelling compromise and get away with minimal. Dad would say that people would just keep losing money if they fight.  Now I understand it was Dad who lost the money. He could have had made money if he fought the case. He was one of the best in his profession. I guess Dad did more charity than he earned. But you can’t complain, he gave us a good life. That was Dad, a good man to the core. Over the years I often questioned a lot of these things. But now I realize those were his own inner callings, and he followed them, the way I am too in tits and bits.

So, that was my father, who would remain busy all day, yet took his daughters to the circus, theatres and weddings. Two gifts my father bought me, was a tortoise and a money box, someone stole them both. I felt stupid for days, because I could not keep them safe.

When I watched the movie, To Kill A Mockingbird Bird</em,> I just called my brother and said, “Atticus Flinch is the closest description someone can give about Dad, anytime you want to know him, watch this movie.”

There is a line in the film, Atticus Flinch says, “Shoot all the bluejays you want, if you can hit ’em, but remember it’s a sin to kill a mockingbird.” Guess that is how I would remember my father and his lesson, no matter what, never to kill a mocking bird.

And yes Dad, I never did!