Why do women judge other women so harshly when we are all trying to do our best? Working women or SAHMs, let us be gentle on each other! 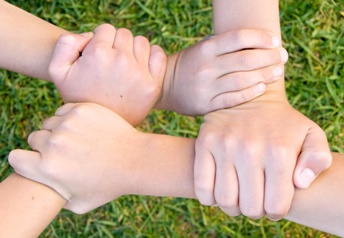 I was chatting with a group of friends.

One of them said it disturbed her that parents leave kids in daycare until late, even as late as 8 p.m. She thought women were too busy going after money and did not care to spend a little time with their children.

This lady, a mother herself, is a career woman too, but made sure she got home in time to spend a few hours with her children. Another friend remarked that it was alright if the kids were in the care of grandparents or a trusted family member. Daycare options were not good enough and nannies not to be trusted.

This lady has in-laws who take good care of the children in her absence.

Yet another friend felt women should wait until kids are older before resuming (or in some cases, beginning) their careers.

This was a lady who had waited until her son was ten before taking up a job.

Every woman is influenced by her own truth. She uses her individual situation and personal beliefs to judge other women. But, won’t other women have circumstances of their own and values that are personal to them, and make decisions guided by them? Is it fair to apply one common rule, a general yardstick to evaluate everyone?

Why then do we women indulge in this occupation of judging?

In the past, I have been guilty of this as well. Is it a need to validate our own decision, to assuage our guilt? Is it envy? Or is it an attempt to help our sisters in the belief that we have greater knowledge or experience?

In truth, our sisters would do better if we didn’t judge them. Because no matter how well we think we know someone, we don’t truly know them. Neither can we put ourselves in their shoes and understand the position they are in.

If we women can’t stand by each other, let’s not expect anyone else to.