Driving Me Crazy: How Our Society Sees Women Drivers

While court orders ban sun film in cars for the"safety of women" it is how society views women that needs to change! 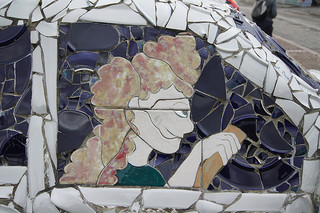 Let me first present the facts –

– I took to the wheel only when it became an obstacle to my independence.

– I am a reluctant driver but I can go anywhere in the city, with some groundwork done and armed with directions.

– I may err on the side of caution, but I have had fewer incidents than any male driver I know.

At a get-together with extended family, an aunt asked if I had come along with someone. The “someone” was a male relative, who has just returned from the U.S. and does not even hold a valid Indian driving license. He had napped in the car while I had negotiated Bangalore traffic for a good twenty kilometers and entertained my five-year son for an hour. My response to her question was that the male relative had napped in the car, but that led to her thinking he had dozed off while he was driving! I was amused by that. The aunt with whom I had this conversation is an elderly person, and considered way ahead of her times – growing up she did everything her two brothers did. Back in the eighties, she used to ride a scooter to work, and continues to do so now.

On the way back home from the get-together, I was flagged because my car had sun film. I had chosen to ignore a piece of legislation that does nothing but pass the buck on for the safety of women, while the traffic police makes a quick buck. The man in uniform was speaking to me, when he noticed an adult male passenger sitting in the back of the car. Immediately, he began addressing him and ignoring me. The policeman assumed the male was in charge – a male who was a guest and couldn’t even have responded since he doesn’t speak the local language. Here was an officer of the law, supposedly enforcing a law that is meant to protect women, but all he was doing was reinforcing the societal assumption that no matter what, it is the man who wields the authority.

It is not the film on windows, but the tint with which society views women that needs to be removed.