Fight Or Flight OR Tend And Befriend? 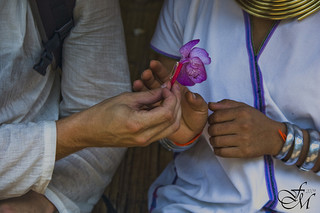 Picking up from an earlier post of mine, ‘Indian Women Are The Most Stressed’, I began to wonder how women cope with stress. I know for sure that men have a ‘fight or flight’ response to stressful situations, but do women react the same way?

In seeking that answer I found a new paradigm for fighting stress. It is called the ‘tend and befriend’ model, one which adds a new dimension to the study of responses to stress. It was developed by a University of California, LA, psychologist Shelley Taylor, and her colleagues.

Taylor and her team have proposed “that females respond to stressful situations by protecting themselves and their young through nurturing behaviors–the “tend” part of the model–and forming alliances with a larger social group, particularly among women–the “befriend” part of the model.” (Males show less of a tendency toward tending and befriending, sticking usually to the fight or flight response). During stress, women tend to care for their children and find support from their female friends. This is probably due to the release of a chemical called oxytocin (the effect of which is enhanced in women because of the hormone estrogen), which has a calming effect during stress. It is also released during childbirth and found at higher levels in breastfeeding mothers, who are supposedly calmer and more social than women who don’t breastfeed. (Men have high levels of testosterone during stress, which blocks the calming effects of oxytocin and causes hostility, withdrawal, and anger).

According to Taylor, “Mainstream stress researchers have been very quick to study behaviors like aggression and withdrawal and have failed to notice very important behaviors like affiliation. We think it’s cute when women call up their sisters when they’re under stress. But no one has realized that that is a contemporaneous manifestation of one of the oldest biological systems. Our focus on fight-or-flight has kept us from recognizing that there are systems that are as old as fight-or-flight that are tremendously important.”

The differences in responses to stress may explain the fact that women have a lower incidence of stress-related disorders such as hypertension, aggressive behavior, or drug and alcohol abuse. The “tend-and-befriend” reaction to stress possibly protects women against stress, and this perhaps explains why women on average (internationally) live about seven and half years longer than men.