Indian Women Are The Most Stressed

Why are Indian women stressed? The dual burden of managing home and family still falls on women's shoulders. 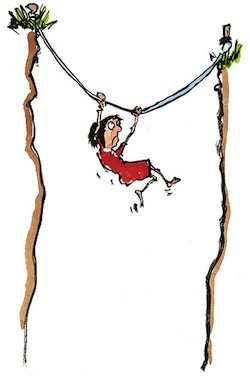 According to the Harvard Business Review, a Nielsen survey of 6,500 women across 21 countries, Indian women are the most stressed in the world today. 87% of Indian women said they felt stressed most of the time, and 82% reported that they had no time to relax.

According to this article, “Not surprisingly, the most stress is felt among women between 25 and 55 years of age, who are trying to balance demanding careers with obligations at home…Traditional family structures have a disproportionate effect on Indian women, even those who are urban, college-educated professionals, and especially for those who are the first generation in their families to have a career. Indian women are pulled by demands from relatives as they attempt to conform to the paradigm of “ideal daughter,” “ideal wife,” and “ideal daughter-in-law.” Among the many interviews conducted…it wasn’t at all rare to hear of successful professionals who woke up at 4:30 a.m. to make breakfast and lunch for children and parents-in-law, put in a full day at work, then returned home to clean up after the extended family and prepare dinner.” According to the Economic Times (June 29, 2011), Future Brands CEO Santosh Desai gives another reason for Indian women being stressed out- earlier women had little control over their lives and at least in urban India they have gained control with education and jobs. “So while their sense of helplessness has decreased, many of many of these women are feeling stress which is self inflicted.”

The study also says that Indian women are among the more optimistic compared to their counterparts in the developed nations. While 58% said they had more opportunities to reduce stress compared to their mothers, 78% believed that their daughters would have more opportunities than them. More than three-fourth of those surveyed gave a lot of importance to saving for their children’s education.

I must add here that according to the American Psychological Association (APA), “Men and women report different reactions to stress, both physically and mentally. Findings suggest that while women are more likely to report physical symptoms associated with stress, they are doing a better job connecting with others in their lives and, at times, these connections are important to their stress management strategies… Though they report similar average stress levels, women are more likely than men to report that their stress levels are on the rise. They are also much more likely than men to report physical and emotional symptoms of stress. When comparing women with each other, there also appears to be differences in the ways that married and single women experience stress.”

Among the various findings, the APA found that
“Married women report higher levels of stress than single women, with one-third (33 percent) reporting that they have experienced a great deal of stress in the past month (8, 9 or 10 on a 10-point scale) compared with one in five (22 percent) of single women. Similarly, significantly more married women report that their stress has increased over the past five years (56 percent vs. 41 percent of single women). Single women are also more likely than married women to say they feel they are doing enough to manage their stress (63 percent vs. 51 percent).”

I can’t end without quoting a stay-at-home mom, who, while applying for a job, said this about her job skills,

No wonder the stress!