Does a 4 year old need to wax? Teaching your children to love themselves is tough with the world telling them that they need constant "improvement" 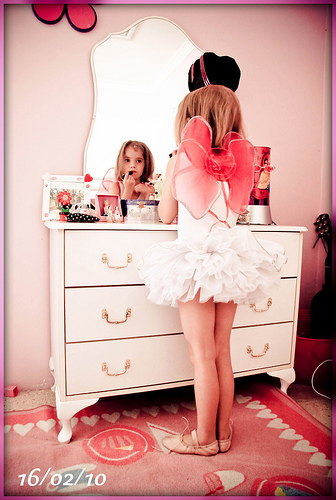 I love the way she pitter patters into my room at night. She’s a fiery little creature who likes to prove her independence and yet she is pretty clear that she is not yet okay with being totally on her own. She comes in, arms filled with water sipper and cuddly toy, opens the door herself and says:

“Mama, I’ve come by myself” and right behind her I see her trusted Didi.

She climbs into bed with me and announces loudly, conversationally, pointedly, without a care for the fact that her father and I were sleeping (or at least I had been a few minutes earlier). I was now fully awake struggling with the right self-esteem, self-happiness, self-acceptance affirmations I could come up with. Transactional Analysis and years of Counselling encouraging women to believe in themselves and their bodies, to be happy with who they were, had not prepared me to reply this declaration, yet. When she was 12, maybe. But not at age 4 and not at 4am.

“Darling, your arms are beautiful, just like your heart is” replied my clichéd, sleepy self.

“But you don’t have hair on your arms.” She declared. Okay, this was not going to happen. I had two fundamental problems with this.

Firstly, I believe that as the mother of my children and as adult who has had a fair amount of life experience, work, and responsibilities, I have certain privileges which my kids do not! Just because I stay up late, wear makeup, do something for myself does not mean they can. I don’t believe in cutting deals with my kids. Yes, I am always open to opinion and discussion BUT I am definitely not up for “if I do this, you will do this” or even worse “if you can do it, then why can’t I” from them. Well, for starters, when you grow up, have a house to run, a job to do, kids to raise, money to earn then yes, they can do all the things that I do which include the afore mentioned!

Apart from that, there are certain simple, sweet pleasures about being a child that I don’t want my children to lose so fast (like not having to wear makeup, not always having to maintain their P’s and Q’s, not having to always be on best behaviour). I want them to be bratty, play in the mud and not brush their hair all day sometimes because they CAN (at least sometimes).

Secondly, I want my kids to be happy ‘in themselves’; inside and out. I want them to accept themselves, love themselves, be confident and happy about who they are, what they do and how they look. Daughter’s concern at such a young age was about waxing early this morning but over the past few months, we’ve also covered hair (she doesn’t like her curls), clothes (she doesn’t like wearing trousers or anything like it) and even make up (she wants to wear it and I say no).

It is a known fact that children become the people they will be between birth and the age of 7 so it is extremely important to teach them boundaries, the rewards of hard work, to respect different opinions whilst sticking to their beliefs and most important, to show them unconditional love. It is this unconditional love that they will then imbibe in their own view of themselves and so define their entire life script. For the moment, we are not going to be waxing her arms, we are going to understand that mama can do it because she’s an adult and that eventually, if she still feels the same way, she can too.