If your child is having Night Terrors, it can be extremely disruptive for your whole household...this mom coped, with a most unconventional solution 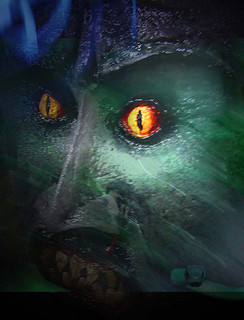 And no…these are not nightmares!

Number One has been having nightmares since he was born. He’s always been a bad sleeper; waking up repeatedly in the night, crying incessantly because of overtiredness or the inability to put himself to sleep. Man Of my Dreams and I have tried everything. The pick up-put down method. Letting him cry it out. Hiring a sleep trainer who spent three nights with us trying to settle him into a routine. (yes, being in London and doing the work that I do made me try pretty much everything). And nothing worked.

At almost 7, he has never spent a night away from our bed even when his younger sister has been an independent sleeper since day one. In fact, over the years it has gotten worse. He not only finds it hard to sleep and ends up in our bed but he wakes up with nightmares. The last 10 days, he has been having nightmares every single night. Although its not great that he’d been having them in the first place, we consoled ourselves saying all kids have bad dreams at some point. Number One is a fun loving kid; full of beans. But he is also very sensitive and honest and shares most things with his father or me. When he doesn’t share and I know something is bothering him, I use a Brandon Bays Journey Process where we travel on a magical spaceship through his body and explore what he may be feeling and can’t express.

However, this past week, my son has woken up sweating, shaking and screaming soon after he has gone to bed with no memory at all of anything the next day. Man of my Dreams and me are avid ‘Googlers’ so after a few repeat performances which left the whole house disrupted and honestly, a little scared, we discovered that he was not having Nightmares but in fact something called ‘Night Terrors’. The difference being that Night Terrors happen soon after the child has gone to bed when sleep transitions from deeper non-REM sleep to lighter REM sleep whereas nightmares occur later in the night. When a child experiences Night Terrors, they might sit up with a start, be sweaty or clammy, their heartbeat may be faster and they can be quite upset and agitated to the extent where they are tough to calm down.

We tried everything we could to remedy the situation. I called in my forces of child therapists, pranic healers, homeopaths. We changed the pre-bedtime routine, ensured there was no stimulating activity or food an hour before bed. We had story time, prayer time, put a good luck charm under his pillow, left a light on, took him into our bed, spent a few nights in his bed. But nothing worked and what made it worse was that it was written everywhere that the ‘norm’ for night terrors was once or twice a month so that 10 days and counting was terrifying us.

When I pushed him for a description of what he sees, he was only able to say ‘Mama I don’t see anyone or hear any words. I just hear songs and feel that something is coming near me and it is very scary.’ This explanation rattled all of us except Man of the Dreams who started quoting from his favourite horror movies scoffing at my thought that Number One was able to see or hear more than the rest of us. In the day he was his happy, energetic self with no signs of any disturbance in the night to himself or us.

I had met an Aura Reader when Number One was about 6 months old and she had said he would be a sensitive child, extremely intelligent and intuitive to things around him; this was because he was ‘an old soul’. Science has always stated that children carry with them their experiences of past lives, life in the womb, especially during their early years. I am a great believer in all of these things. I have seen the magic that is possible with alternative therapies in my work. I have seen how past life and generational messages have consequences on our current ability to be happy and content.

Man of my Dreams respects what I do but is hugely sceptical when my theories and beliefs infiltrate down to ‘his’ children. I had heard of people in rural parts of India ‘Jharoing’ kids who are plagued with various sticky issues. Was I willing to go down this avenue of the unknown? When I held my son two nights ago and saw how frightened he was at the mere thought of going to bed, I knew I would do anything.

Kanhaiya was brought before me and explained how he wanted Number One to touch a bowl of sugar which would then be taken to him to do a mantra on. Then when he was asleep, we were to put a few granules of that sugar in his mouth. Repeat for three nights and he would never have a disturbed night again. Man of My Dreams called me crazy and clearly stated that he would be no part of this ‘madness’. We went through the motions.

Call it belief. Call it coincidence. Call it magic. Call it crazy. I call it mother’s instinct. I believe there will ALWAYS be a solution out there for my kids and I will go any route, even if unconventional, to find it. And if some magic happens along the way – well, there is nothing wrong with that is there?