Tiger mother, Total sucker or somewhere in between; rather than put a label on our parenting styles, why not just follow our mother's instinct? 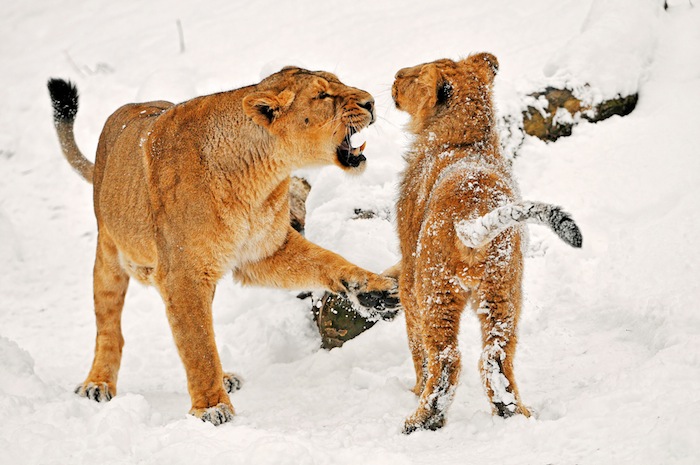 This piece has been inspired by conversations with various friends and clients on whether they are making the right choices when raising their children. The issues range from how much to breastfeed, when to start solids, what type of solids to start, how to deal with tantrums, how to build confidence and so on.

I’ve been working in pregnancy and childcare for years now, however I feel the true answers, the correct ones for each woman and her child, lies in her instinct. There is no right and wrong and all the Parenting Gurus can only give guidance; each child is different and each parent’s approach is based on them and their children.

The last week has been gruesome at home. Number Two and me have had our swords drawn and for once none of us is backing down. For the past 6 months she has wanted to join all the extracurricular classes her brother does and yet when I pay the money and get her set to go, she backs down. This has resulted in a lot of money down the toilet, a lot of tears (from both of us), a lot of angry tirades (again from both of us) and a lot more grey hair joining their comrades on my head.

After a lot of analysis and thought on what type of mother I am, I have decided I oscillate between Tiger Mother and Total Sucker. I believe very strongly in a few things which I then stick to like glue and expect my kids to. Many a time the kids have been woken from slumber to be somewhere at the right time, dragged away from family gathering to be put to bed despite the other kids in the family being around and fed meals crying that they just don’t want it. From day one, my chosen way was the Gina Ford routine monger diluted with a little bit of supermom nurturing. I am a working mom and so my kids were born and raised to adjust to my life so that we are both at peace. Plus I believe that routines and discipline provide security and comfort to kids as they know that no matter what happens, life goes on and there are certain expectations they have to meet and certain basics which WILL be provided to them.

One of the strong beliefs that Man-of-my-Dreams and I have for the kids is that they are exposed to sport, the arts, music, drama and dance in these early years. They must try everything out and then I trust my children enough, even at this age to be able to make their own choices on what they would like to pursue.

Number Two is not like Number One who has toed the line (ok my kids have too much personality to toe the line but at least he didn’t fight me as much) and the last minute ditching of her summer camp was just too much to bear. I am not going to be pushed around. So harsh or not, I have ‘grounded’ her. Yes, at four years old. So what, I say? She must learn to be responsible for her actions and all actions have consequences. I have given her the freedom to stick with her choice of not going. But as a result, she is now not allowed to leave the house for other activities either. No park, no Nani’s house. I had given her a choice and continue to give her one. But until she ‘decides’  to give life a chance, her life is restricted to her house. I am still as loving, nurturing and considerate as I always was BUT I am standing my ground and want her to understand that.

My family seem to think I’m being very tough on a four year old but I believe that these young years are truly the formative ones and it is at this time that I need to set in place the values I deem important – commitment, not quitting, achieving success when you overcome fears and above all – being confident enough to try out anything. I don’t know how long I will last but day 4 seems to be going pretty well. Wish me luck. I’m just doing my best by following my instinct – a mother’s most powerful tool.