Do other people really know your Potential as well as they think they do? Or is it "just" Perception? 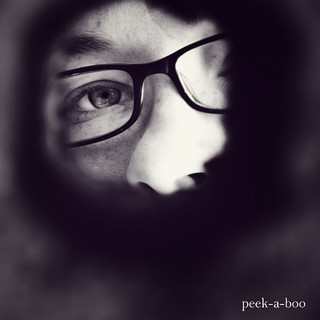 Sometimes I encounter remarks which go like “You were such a brilliant student, I always thought you would go places” (with an undertone that implies that I haven’t do too well for myself)or “you were always so ambitious in life, we never thought you would be sitting at home doing nothing” or even worse, “I still remember seeing you push through crowded platforms and even more crowded trains, staying up late at office to finish that one agreement and yet arriving the next day on time, impeccably dressed, pity it’s all a waste now!” And all this comes out without the slightest provocation!

Awkward moments like these leave me without a suitable retort. The un-asked for observations actually leave me confused as to the intention of the person who makes them.  Was that a compliment or a condemnation? Was it to highlight my past glory or to disappriove of my present state of affairs? At times I go as far as doubting my well wisher’s self-esteem and assume the words were uttered out of sheer inferiority complex. Now, if only I had the courage to confront and clear the ambiguity that surrounded my talents and preferences, there wouldn’t be so much to write about.

The truth was, I had never liked any kinds of figures, be it accounts or maths or statistics. The reason I still excelled in all the subjects was because of an excellent memory, it was construed as an indication to my interest but numbers or commerce was never a future I saw myself pursuing. I suffered the horrible commute because we needed the money to buy a house; actually, dressing up impeccably was the only part of the job I liked. And yes, I was always very ambitious, still am, but the determination extended to a lot of things beyond earning money.

I do not take offence to the observation or even the opinion for that matter; it is the lack of sensitivity in its portrayal that makes me mad. I do still try to look at the positive belief that might have tempted people to unconsciously humiliate me by questioning my choices.

I would like to think that they saw or still see potential in me and that subdues the feeling of indignation to an extent. Obviously a person with any kind of talent is no good if he or she lets it go down the drain. If you have it in you, you must do something about it. Your skill must fetch you rewards, fame, occupation or recognition, if not all, atleast one of them. In the minds of many, it is just how it should happen; any kind of deviation immediately screams failure to them.

Potential, however is just one part of the puzzle. A key component to those judgmental utterances is perception. It is what that other person THOUGHT you were good at or liked to do or would end up doing. The synopsis of your entire life that comes out of somebody else’s mouth accompanied by a sigh or a look of disbelief is nothing more but a combined idea of what that person thought you were capable of and what he or she believed should have come out of that ability. Ordinarily it wouldn’t be such a bad thing, except for that people don’t really know you as well as they think they do.

The last and the missing part that completes the puzzle is gross unaccountability of time that has passed and the changes that came with it. The clock ticks, circumstances change and people evolve. Surely, a wise person would not hold on to an image for so long; it would be like presenting a 10 year old’s passport bearing the photograph of when she was an infant, to the immigration officer.

I know, this analysis may sound to a few like a scorned woman’s retaliation and honestly I wish that was the case. Because it would mean I want those very things that I have been accused of leaving behind. It would also mean that I desire to achieve those heights my critics generously dream of seeing me reach. In all, if that were true and if indeed this was a reprisal, it would be every bit motivating and nothing less.

No, this is the weight of the potential and perception of people around me that hesitates to be vocal and therefore finds itself on paper. It is the unsaid response to the impetuous verdict which has written me off, as if because I did not do what they expected me to, my life is over. And this is the secret smile I try hard to suppress as I pretend to hear what they have to say, because their words do not make me reconsider or want a life other than the kind I am living right now.