Do women married to famous men ever feel discontented at walking in the husband's shadow? How does it impact the relationship? 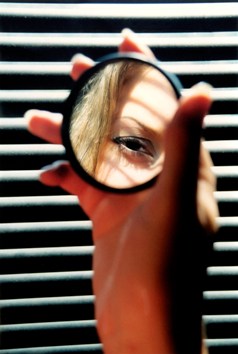 I love to read, not for the hours of serenity it gives me or the wisdom books impart but because of the thinking tap it turns on in me. Reading brings out my analytical bug. Most books stay with me long after I have dropped them off in the library box.

Recently, I finished reading a novel authored by Sudha Murthy. I prefer her non-fiction more than her stories so this isn’t going to be a review of the book. But as I finished the book my mind drifted to the likes of Sudha Murthy, Melinda Gates, Nita Ambani, Michelle Obama and many others; the wives of powerful, famous and successful men. And I don’t mean to say these women are not successful in their own right, let’s just say their spouses are better known.

And the thought that came to me again and again was: What must it feel to ALWAYS live in the shadow of your husband, a famous personality? Privately you maybe his equal but in public eye, you are always one step behind your man. It must be exhilarating and gratifying but definitely not easy.

The women that we talk about obviously gave up a lot to become their spouse’s backbone. Did they now and again feel that their sacrifice and worth was not appreciated enough? Did they wish they were married to ordinary people? Did they feel restricted because of being married to a famous person? Did they ever wish the roles were reversed?

A series of such questions sprung one after the other as I tried to streamline my thoughts and come up with some credible answers. Considering that it wasn’t any of my business, the advantage to doing this wasn’t clear to me as the mind veered itself into that direction. Maybe the curiosity was fueled out of sheer respect I had for these women. The only way to come up with a satisfying verdict was to put myself in their shoes, I reckoned.

And as ordinary as these queries appeared to be, I surprised myself with the answers that came out from within as I slipped into being that shadow.

The primary feeling is that of pride and honor. You feel proud of your spouse’s accomplishments and recognition. If you have been with him all the way through that journey, there is also this feeling of your own hard work and patience reaching a fruitful conclusion. And although you totally deserve it, deep down there also lays a feeling of gratitude for being able to afford the luxuries that go with being rich and famous. This is where the distinction between earning something and deserving it becomes evident. The former has no place for gratitude.

It would all depend on the amount of respect and attention you get in the marriage. It would be so easy for this relationship to slip into a sense of inequality with one partner claiming to be at disadvantage. We often read about breaking up of celebrity marriages. Of course an ordinary couple’s divorce is not going to make it in the news so that is one side to it. But another truth and an important one is that if it takes so much to survive an ordinary marriage these days, the pressures and the expectations lived by such high profile couples must be taxing, to say the least, more particularly on the wives who would have to make way for their more successful husbands most of the time.

If the man of the house is busier, it obviously falls on the mother to take on more of the child raising responsibilities. It is only natural and the best thing to do under those circumstances, but is it always satisfying? An occasional discontent of doing more than your share is bound to creep up and there is always this chance of the children being in awe of their father because he is the more prominent personality.

Would it hurt my ego if me and him were equally capable but he turned out to be more successful? Probably not so much but would I be envious? Yes, sometimes. Feeling a little bit jealous of someone’s good fortune is a natural emotion, doesn’t mean you don’t wish well for them. But when the success story is as close as home, you are treading on delicate ground. As genuine as the feeling of pride for your spouse’s achievement is the craving to be the recipient of all those accolades. The intensity may vary and the jealousy may just be an occasional flicker, but I wouldn’t be shocked if it is there, somewhere.

I couldn’t help smiling as I read through my own words. A mixed bag of ups and downs that is what came out of my imaginary pursuit in the life of these strong headed women. Maybe there was a little bit of truth somewhere or maybe I was completely off track. What seemed important was that these women chose to stand out on their own, irrespective of their famous last names.