A Night Without End 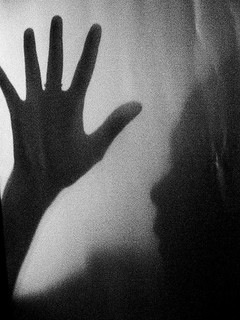 My first brush with dowry was not when it was offered to me; it wasn’t when I had refused it- I had taken all this in my stride. It was something much more; it was ghoulish, it was savage and feral. I was just about 25, a young Sub Divisional Magistrate lording over my jurisdiction and getting used to being an executive magistrate.

That night is etched in my soul. It was nearing midnight, the skies had opened up and it was raining cats and dogs. I had just received a call from my boss, the District Magistrate, asking me to head for the local burial ground where a body had to be exhumed, and it had to be exhumed immediately and sent for an autopsy. I was not to send any other magistrate, I was to go myself. The body in question was of a young Muslim girl who had been killed for dowry, and the body had been buried on the sly. I had learnt about exhumations, about dying declarations, and about so much more to do with death during my training, and I was now called upon to do what was part of my duty. My driver and bodyguard were summoned, and we proceeded to the burial ground in pitch darkness and pelting rain. The police had already been asked to make the necessary arrangements, and when I reached the burial ground, flood lights with a generator had been set up, and the digging had begun.

I was scared, and with each shovelful of earth my heart was in my mouth. The doms who were doing the digging were drunk- I learnt that whenever they had to perform a task like this, they first drank themselves silly, and I don’t blame them. We were drenched to the core and the rain showed no signs of letting up.

And then my world stood still, I gagged, and I watched- a decomposed body was pulled out from that sodden hole in the ground- a body which was human till the other day. She must have had her moments of joy and of sorrow, she must have laughed and cried, she must have sang and danced, she must have studied, she must have…I checked myself then; I was getting lost in a life now so brutally extinguished. I wanted to weep, but I was the local magistrate.

I had to get back and write out my report, so I had to study the prima facie cause of death- she had been hit with a blunt weapon on the base of her neck from behind, breaking the upper spine neatly. On my direction, the doms held her head and let it fall, indicating that the bone and the cartilage in the neck had been broken, and that her head was hanging free.

Everything lost meaning at that moment- my life, my education, my values, my whole existence. All my training vanished into thin air. I stood frozen in that graveyard, and then I wept, my tears washed away by the rain.

My God died that night. He died young.

This death, this night without end would merit a line or two in the next day’s SITREP (Situation Report), which would then slowly wind its way up to a statistician in the National Crime Records Bureau. It would finally become a statistic under the heading ‘Crime against Women’, sub-heading ‘Dowry Deaths’.