Marriages Are Made In The Academy 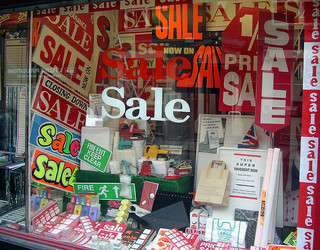 The Lal Bahadur Shastri National Academy of Administration, Mussoorie (LBSNAA, or the Academy for short), is just that- an academy where probationers of the IAS (also called the Indian Administrative Service or the Indian Arrogant Service, depending on how you look at it) are trained. There’s nothing at all to see there, and that’s why the spectacle I am about to describe is something that took time for me to figure out.

Every afternoon during lunch break we would go up to our lockers to check for notices and mail, and we would find hordes of outsiders standing around the main lawn gawking at nothing in particular. Well, the Academy is neither a tourist spot nor a shrine, so this did defy logic till I realized these hordes were not actually gawking at nothing, they were gawking at us- the probationers. Mercifully, outsiders were not allowed beyond this locker-reception-lawn area or I’m sure they would have overrun our hostels like an invading army. These people – men and women, fathers and mothers, uncles and aunts, many a time accompanied by daughters of ‘marriageable age’ (whatever that means) would stand, stare and fidget; making us probationers fidget in response. One such afternoon I was accosted by one of the more enterprising guardians of a daughter of marriageable age. Are you a probationer here, he asked. It’s rather obvious that I am, I said.

Without much ado he wanted to know my name, caste, creed, residence and the history of my life. I mumbled incomprehensible mumblings and escaped, but some of my less fortunate colleagues were at one time or the other trapped into lengthier conversations, proposals of marriages and offers of dowries made on the spot. We are aloo ke bore – sacks of potatoes waiting to be auctioned- was how a colleague put it after he had barely managed to escape one such inquisition.

By and by I, like many other probationers, learnt to make a wide detour from this danger zone, little realizing that the more enterprising parents of daughters of ‘marriageable age’ would not let things rest. One sunny afternoon I had navigated myself away from this crowd to find a letter in my locker. It began, “Sunil beta, I am Dr. so and so, you’ll remember me, I am a close friend of your father…I need your help…will you be so kind as to send me a list of all your batch-mates who are Kayasthas from UP, MP or Rajasthan, who are in the age group 25 to 29, ideally at least 5’ 7” tall……I’ll be so grateful beta, you remember my daughters don’t you?”

This was incredible! What was I supposed to do? Pick out my batch-mates by state of domicile, find out their castes, measure their heights, confirm their ages, perhaps interview them for good measure, and send the list so compiled to the good doctor? Thankfully, the doctor did not want the list also by skin tone, colour of eyes, body weight, sexual preferences, number of siblings and previous marriages if any.

I did nothing finally, but as I sat down to wonder at these assaults on us hapless probationers, one of my colleagues suggested that I put up the doctor’s letter on the notice board, and possibly some colleague matching the doctor’s requirements would reply. Better still, another recommended, invite him to stand among the daily hordes, and he could just pounce on the first eligible Kayastha who happened to walk by.

And yes, many of my colleagues, Kayasthas, Brahmins, Thakurs and those of every other hue imaginable, did mutate over time into sacks of potatoes, and auctioned themselves off.

Finally, lest I forget to mention, some bright soul has put up a dowry calculator on the WWW, and has dedicated it to “all the matchmaking aunties of India”. Try it; it includes calculating dowries for IAS officers (I must say it is rather outdated, though. I was offered at least ten times more than what I calculated on this calculator!).