Does domesticity kill the writer in you? Or is it just a question of taking it for granted and letting it fade away? 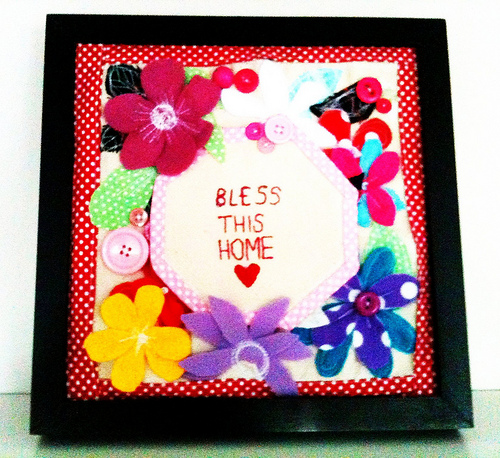 When my spouse walked into the room, I was staring at a blank word doc. Blank, except for the title above. Wordlessly (pun intended), I swiveled my laptop around to face him and saw his expression change. “Maybe I should type –I rest my case. The End—,”I said, amused at the irony, but his sad, apologetic face made me assure him this was entirely expected.

When women in India think of life after marriage, I am told they hazard guesses about unknowns. Some know how their days will likely look, while others have only opinions and advice to go by. I am one who had a better idea than most. And amidst my certainty about who would cook breakfast (him) and who would organize the closets (me), there was a core of solid fact that I saw coming from a mile away. My tendency to grab a passing thought, sit it down and have a wordy heart-to-heart, and watch it proliferate on e-paper, would, in all likelihood, come to a shuddering halt. Whenever I want to toy with the words ‘compulsion’ and ‘compulsory’, writing is my default metaphor. I wrote because I could. No, make that had to. It brought me clarity, and later, joy. An audience, especially in my early years, was an unnecessary nuisance, and many childish phrases ended crackling and contorted at the bottom of a bin, to be fished out by Mum when I wasn’t looking. In later life, I’d wistfully watch as an idea pirouetted tantalizingly close, and I chose to let it slip away.

At other times, and especially because they all come to life in the dead of night, I’d pace in the privacy of my room, as something amorphous brewed and took shape. Yanking my laptop open, I’d tether it to a page, ruthlessly pruning until I was satisfied with the end product. Space and quiet and a great big churning were the key ingredients in that temperamental mix, and cohabitation—and consequently domesticity—threw a giant spanner in those already-delicate works.

I say this in the firmest way possible—this is not an excuse or a blame-game. And it should never be either.  I merely observe this phenomenon like I would a passing train, aware but not necessarily internalizing.  I alone am responsible for my actions and this is clearly a path I choose to take at some level.

There are just the two of us at home, we have the luxury of being in separate rooms if we so choose, no demands are made on my time and attention, other than those I make on myself, and when I look at all these women, spouses, homemakers and mothers, who churn out entire books, I can only shake my head at myself and say “You silly, spoilt girl.”

Do I want to put out a book? No. We’ll save my views on publishing for another day.

Do I want to make a career out of writing? Not right now, though how tempting that sounds for the future.

I am content to sketch little stories—a paragraph here, a tale there, a sweet chunk of poetry—just supports that keep me creatively happy as I go about my life and my work. A few years ago, this dissonance between the buzz in my head and the silence on paper would not have bothered me so, but now the din grows insistent. The drums beat, the voices taunt, do-it-do-it-do-it, and a curious sense of time passing by tugs at my feet like a strong undercurrent.

I won’t make the Pulitzer. I don’t endeavor to be the Bard. But somewhere in me, coiled at the base of a place I fear to visit, lies an unfamiliar feeling of justice denied. Maybe domesticity didn’t kill my mojo after all. I took it for granted and watched it shrivel and now don’t know what to do with the dry, coarse entrails.