When couples with colourful pasts have moved on to start a family together, why do we insist of pulling out hidden skeletons? 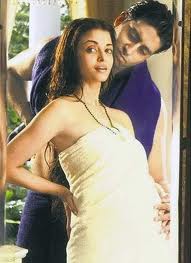 I might be writing this quite late – which actually I think is for the better. Afterall I am going to mention one incident which most of us got somewhat tired of hearing about; the Bachchan Baby. Okay okay! I can hear your groans and moans of “Oh no! Not again!”, but please bear with me. I am not so much concerned if the baby has Aishwarya’s eyes or Abhishek’s whatever.

Rather, what I would like to talk about is a comment which I came across from some random person on Facebook (Note to Editor: I know I talk too much about Facebook – but I work too. Promise!). So when anybody and everybody were putting up updates of the baby news, there were many equally going ga-ga over it and commenting away. While most comments where something around congratulations and best wishes, a few were not. One person had asked, “So does the baby look like Salman Khan or Vivek Oberoi?”

What a cheap comment to make! Whatever the lady’s and thereby the couple’s history, this is a beautiful moment when a mother has been created and a new life has been welcomed into this world – irrespective of their celebrity status. Whether we are thrilled about it or not, can we not refrain from making such crass observations? And that too in a country like India, where Motherhood is venerated and thought to be the ultimate goal of every woman. The comment made by some xyz is of course not really going to matter to the celebrities. But still, do we really need to lower ourselves to think such lowly thoughts?

A few days back, I came across a picture of Dhanush’s family; himself, his wife Aishwarya (what’s with this name!?) and their two kids. Again a lot of people had commented, “Oh the younger one looks like Simbu” (another actor whom this Aishwarya was rumoured to have been close to). Whether such allegations are true or not, is anyone’s guess. I am not here to verify their accuracy.  Rather I am just questioning the futility of such thinking. I am not above a good old dose of gossip, but I ask you, when we see a picture of a happy family, can we just not see it as just that? Why should we throw in insinuations? What if the child comes to hear such things questioning his/her parentage? If you were in a similar situation, would you like hearing such things said about you and your child?

And if we are married to a spouse with a ‘history’, is this the line that our thinking is going to follow? Isn’t it just sad that we resort to such base thinking? A popular saying goes,

Isn’t it time that we cleansed our thoughts?