A Veil Of Hypocrisy

As an Indian woman, do you feel the pressure from a "cut-off date" for marriage and motherhood? 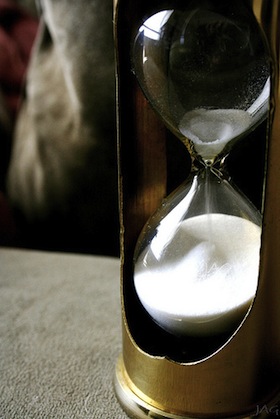 Guest Blogger Rinzu Rajan describes herself as a single woman, struggling to shrug social compulsions and religious rigidity, who writes poetry and is a published poet. Helps women the society has loathed at, and is making an effort to put her wile and wrath on paper to untie the blindfolds of people who consider women a weaker sex. She writes at www.rinzurajan.blogspot.com.

God and sex rule our minds and souls, and most people in our country create a strong ideation with both or either of them. And since I am a God believer, I do not misidentify myself with him, but for what purpose do most people around me significantly sympathize with that S word, is a burdensome ideology I have grown up with.

And when we talk of the S word, women are supposed to grab that veil of hypocrisy and cover their heads. And that shroud most women are given to wear as a veil becomes the blindfold for men, and the prejudiced women. S word then becomes religion, it becomes God. And when we talk of God we exalt him to greatness, so the S word is glorified in vanity of veneration. And to keep the S word sacred, we start thinking of marriage.Why, because any man and most women who are unmarried become vagabonds in our sight. Their conduct becomes questionable. Their private lives become a slave of our stamp of authority. The authentication we give as a society lies in being wedded and having one partner.

For women the quintessential age is a 26 in our country since after that the fertility starts to decline and by 35 it droops down steeply. There we put a price, a cost for a woman’s womb. And she should ensure she puts her womb to wear and tear so that a child becomes her road to eternal salvation, as most beliefs proclaim, religious and societal.

If she is too busy in her career and dreams of being successful as passionately as her male counterparts without the slightest thought of a man, her life becomes something else. She becomes a characterless lady who doesn’t abide by the societal norms and notions. They start interrogating her as to why she is uninterested in men and why does she worship her work. She then becomes a woman who either loves other women or a barren burdensome earth that doesn’t want to live through the ordeal of ever becoming a mother. Worse so, she becomes a rebel, a riling revolutionary. Any role other than that of a cook, cleaner and breeding machine is not something meant for her. All that she embraces with these roles, lead her to the attainment of nirvana and are acceptable.

So here what happens? A woman dies and her soul loathes in wile and wrath. She misinterprets herself to be a body-bound, foolish, incompetent, emotional idiotic burden dependent entirely on a male counterpart, physically infirm chocolate like creature that either needs to be covered from head to feet or is fit to be devoured by the prying eyes of a man. (As quoted by Satanuka Banerjee, a friend).

And if she has to escape that cross of the cavalry, she needs a body guard whom most of us have christened as a husband. This body guard has to come at the destined time called the cut off age or marriageable age i.e when fertility is at its best, and if it is ever averted for professional goals it becomes a sin too cumbersome to bear.

Marriage thus becomes a social compulsion, for the S word can be beatified only with this institution. And a woman an organism who has an organ called the “womb” that needs to wage a war to lay the seed of someone else’ s generation to help her gain some respect in the society, the so called society. Her husband’s adventure with accomplishments continues while hers are sold for a price. A price for complying to social compulsions and not making a personal choice.

Men are allowed to have passion and commitment for their work … a woman is allowed that feeling for a man, but not her work. – BARBARA STREISAND, People Magazine, May 31, 1993

We are a society that can’t see women in men’s roles that entitle her to success, money and fame. Those women who ever went haywire for doing it, haven’t had  painless lives. And we have been ground in that millwheel, most of us. I believe we can tell our daughters that the road to salvation for a woman isn’t only in marriage and motherhood. It is not a social compulsion, but a very personal choice.